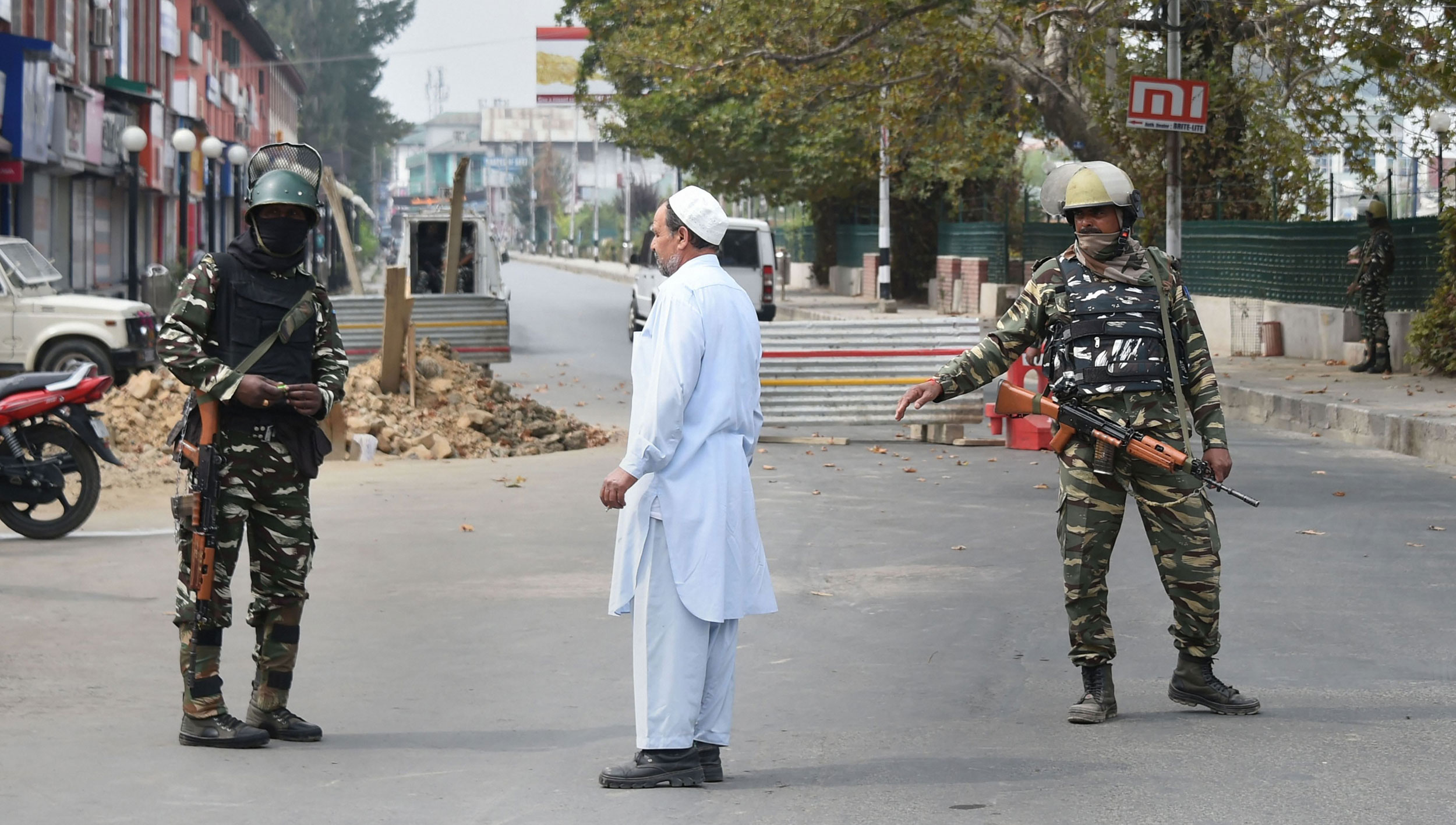 Overnight protests and celebrations over Pakistan Prime Minister Imran Khan’s UN speech took Srinagar and some other parts of the Kashmir Valley by storm, with pro-azaadi chants, rallies and crackers sending these areas into frenzy.

Khan on Friday warned of a “bloodbath” in the Valley if the lockdown is lifted.

It was the first time in two months after the scrapping of Jammu and Kashmir’s special status that several protests broke out simultaneously in different parts of the Valley, indicating that the anger against the Centre’s decision had by no means dissipated.

The mosques played pro-azaadi taranas and slogans at multiple places in the city and some other parts of the Valley soon after Khan concluded his speech, with youths using loudspeakers to urge people to hit the roads.

Hundreds swarmed the roads on foot and bikes in response to take out rallies in support of azaadi. Used car tyres were lit and crackers went off at many places. At some places, the protests continued past midnight.

During the day, security forces and protesters clashed at some places, including 90 Feet Road and Ilahi Bagh in Srinagar city. Forces used tear gas canisters to disperse the mobs.

Some of the slogans that rent the air were “Imran Khan zindabad” and “Hum Kya Chahte — Azaadi (What do we want? Freedom)”.

The restrictions had been re-imposed on Friday over apprehensions of trouble following UN speeches but there was little presence of security forces on roads at the time of the protests as the forces deployed for maintaining law and order usually disperse in the evenings.

A police source said the protests and sloganeering took the administration by surprise and admitted there was “not much deployment” visible.

Residents, however, woke up to the presence of a large number of forces who had erected razor wire at multiple places to curtail movement. At several places, protesters too had set up their own barricades to restrict traffic

A Hazratbal resident said he was returning from a wedding around 10.30pm and was terrified at the sight of a few hundred protesters at the Malabagh locality of Srinagar raising slogans.

“I was driving my car and tried to turn back. The protesters asked me not to worry but urged me to get off my car and raise pro-azaadi slogans, which I did. They let me go then,” he said.

A brutal clampdown and a complete information blockade in the past 55 days appears to have instilled fear in people’s minds, the reason large-scale protests have not been seen in the Valley this time.

The authorities have arrested thousands of men, including pro-India politicians, during this period. Many protesters have since been released.

“The absence of a leadership on the ground has been the main reason why the Valley has not erupted the way it should have. All the leaders have been arrested. But Imran Khan’s speech seems to have given energy and direction to people to prolong the agitation,” he said.

The Valley is shut for the past 55 days against the Centre’s decision. Students are reluctant to return to school, businesses are shut and public transport has stayed off the roads. Private vehicles, however, can be seen plying on many roads.