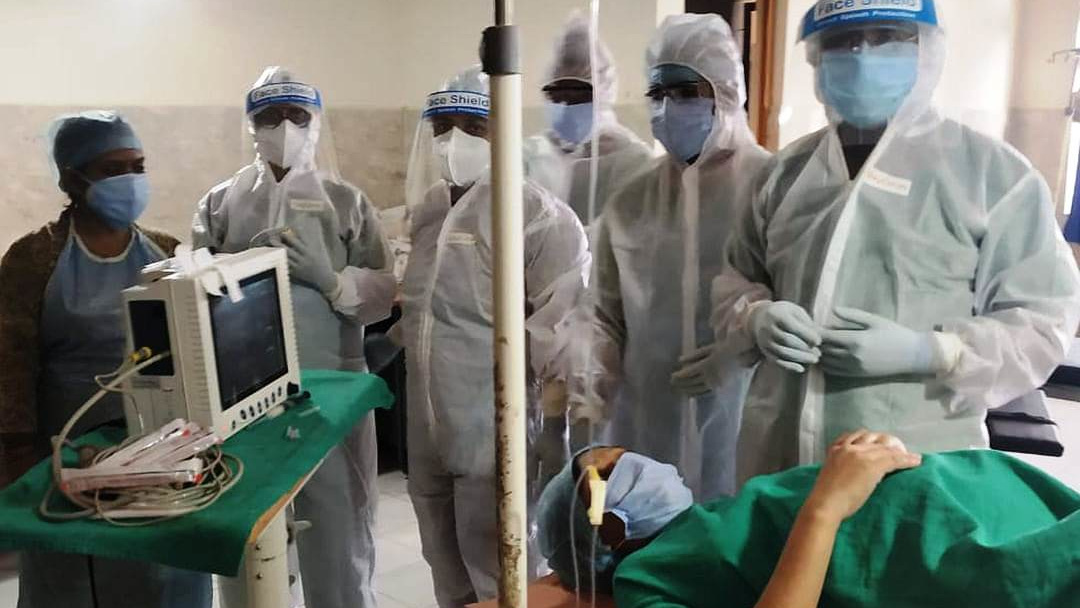 Health services in government hospitals in Haryana were hit on Tuesday as doctors suspended OPD work in support of their demands, prompting the authorities to declare their stir as illegal by invoking the Essential Services Maintenance Act.

The doctors are demanding the creation of specialist cadres for them and stopping the direct recruitment of senior medical officers.

Buckling under pressure amid the Covid crisis, the government acceded to one of the key demands of the doctors with Chief Minister Manohar Lal Khattar giving in-principle approval to the creation of specialist cadre post for MD or MS doctors.

Emergency services and COVID-19 vaccination drive continued in the state but OPD services were affected due to the strike, said Rajesh Sheokand of Haryana Civil Medical Services Association, a body representing government doctors.

Health Minister Anil Vij tweeted, "ESMA has been invoked in Haryana, now for six months health workers won't be able to go on strike. This step has been taken as a group of doctors has gone on strike which is creating obstacle in steps being taken to contain the Covid surge.

The Essential Services Maintenance Act (ESMA) allows the government to declare a strike illegal in the public interest.

An official statement issued Tuesday evening said the doctors will not be given any administrative work and will practice in their concerned speciality only.

When asked about ESMA being invoked, Health Minister Vij told reporters that the decision was taken keeping in view the surge in Covid cases in the state.

The entire country is fighting Covid and taking steps to contain the virus spread. Amid this, a group of doctors going on strike is not acceptable, especially when an in-principle decision was taken with regard to their demands, he said.

"However, they (the doctors) said even if in-principle approval was given, they will still go on strike. It seems there is someone behind them who wants to create obstacles in this fight against Covid, so we had to invoke ESMA," Vij, who also holds the home portfolio, said

The chief minister said the doctors have a very pivotal role to play in the society especially in the present crisis situation and the government is committed for their welfare, the statement quoting him as said.

The government order invoking ESMA said strike by doctors or other categories of employees of health department including those engaged on contract, honorarium basis etc and working in various entities including National Health Mission, Food and Drug Administration, Ayush, Haryana, has been prohibited for a period of six months.

"...An emergent public health situation has arisen due to surge in Covid cases and any strike by employees of health department, Haryana, at this time shall gravely affect the health and essential services required to safeguard the life of community," the order said.

Haryana has seen a surge in Covid cases during the past fortnight.

OPD services in government hospitals were affected in Gurgaon due to the strike called by the doctors.

However, emergency services in all health centers continued as usual.

Doctors from various hospitals gathered at Sector-10 Civil Hospital at 9 am to register their protest.

Several patients had to return back as OPD services remained non-functional in the district.