The Sena alleged that Navneet Rana had furnished a fake caste certificate while contesting the Lok Sabha election from Amravati, a reserved constituency 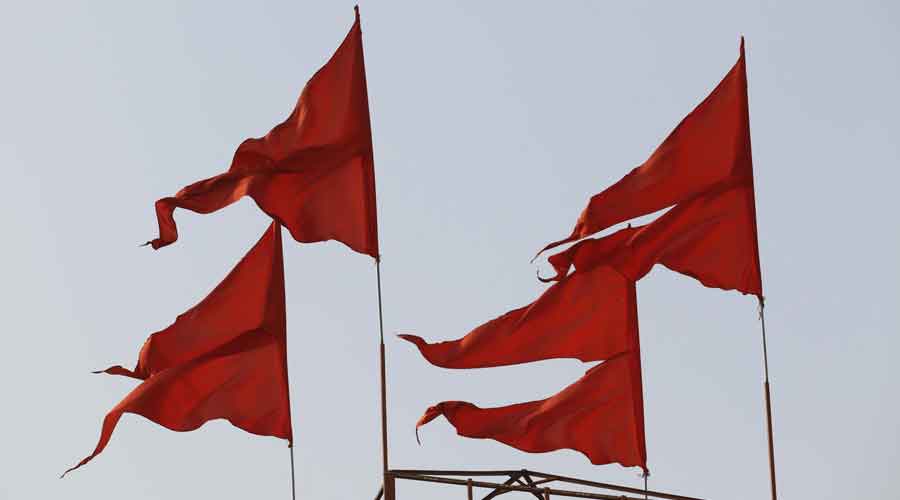 In the wake of a political row in Maharashtra over the recitation of Hanuman Chalisa, the Shiv Sena on Monday hit out at the BJP and said the Hindutva ideology is a culture and not chaos.

The Marathi daily alleged that the Rana couple wanted to vitiate the city's atmosphere, and said they should conduct this programme in the office lobby of Lok Sabha Speaker Om Birla, Prime Minister Narendra Modi and Union Home Minister Amit Shah.

Hindutva is doing fine in Maharashtra because it is being led by Chief Minister Uddhav Thackeray. There is no restriction on reciting Hanuman Chalisa in the state, but why was there an insistence to recite it outside Matoshree?" the editorial asked.

"The chaos resorted to by the BJP cannot be supported. Hindutva is a culture, not chaos," it said.

The Rana couple was arrested by the Mumbai police on Saturday. They were remanded to judicial custody on Sunday and booked by the police under sedition charges for challenging the government machinery and making remarks against Thackeray.

The Sena alleged that Navneet Rana had furnished a fake caste certificate while contesting the Lok Sabha election from Amravati, a reserved constituency.

Hanuman is the follower of satyavachni (one who follows the path of truth) Ram. Naveent Rana, whose base itself is built on falsehood, is doing politics over the recitation of Hanuman Chalisa and the entire BJP plays to the gallery," the editorial claimed.

If the BJP wants recitation of Hanuman Chalisa by resting over the shoulders of such a bogus person, then this is an insult to Lord Ram and Hanuman, it said.

Navneet Rana had won the 2019 election with the help of secular parties like the Congress and the NCP, but has now entered the BJP camp, the Sena further claimed.

Taking a dig at the Centre, the Marathi publication said there is an offer floating around to speak anything bad about the Thackeray government and get central forces' security cover.