The PM asserted that the govt 'will stand with those who were part of India at one time, but got separated' 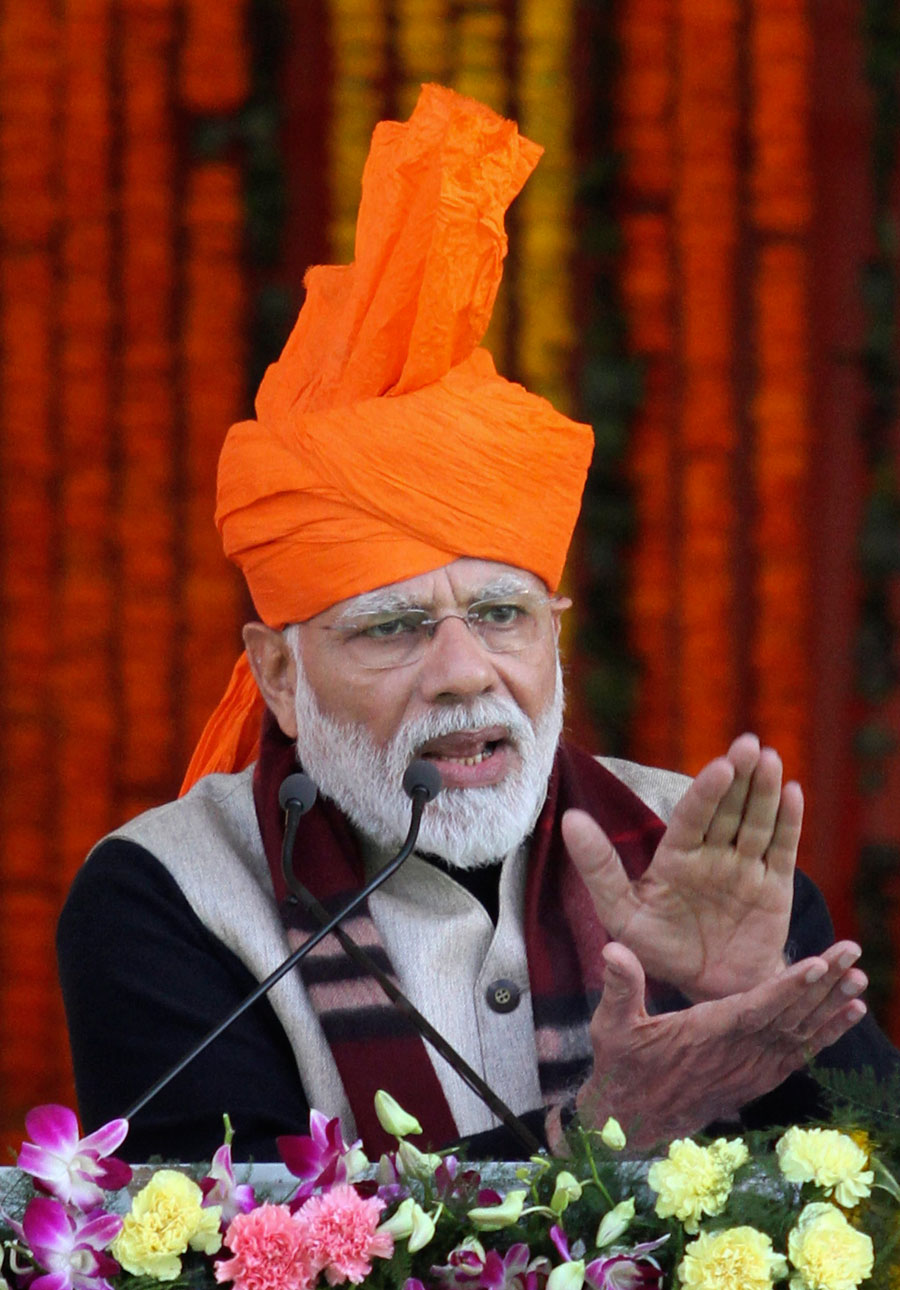 Making a strong pitch for the Citizenship (Amendment) Bill , Prime Minister Narendra Modi said on Sunday that his government would stand with the children of 'Maa Bharti' who have faced persecution in Pakistan, Afghanistan and Bangladesh.

Addressing a rally in Vijaypur in Jammu region, Modi said 'there are many children of Maa Bharti who have faced persecution in Pakistan, Afghanistan and Bangladesh...We will stand with those who were part of India at one time, but got separated from us' due to the Partition in 1947.

Targeting the Congress for its opposition to the piece of legislation, he said that party, when it was in power, did not pay 'attention of the pain of our brothers and sisters'.

'But we have brought the Citizenship (Amendment) Bill with a commitment... If they are discriminated on the basis of faith, the country will stand up with them,' the prime minister said.

He also referred to the Kartarpur Corridor issue to target the Congress.

'The previous governments had the tendency to ignore the necessities and sentiments of the country. You are well aware of that. Take Kartarpur corridor issue for instance. Had they paid attention, then the land of Guru Nanak Dev would have been a part of India,' Modi said, referring to the Gurdwara Darbar Sahib in Kartarpur in Pakistan where Sikhism founder Guru Nanak had settled.

Modi addressed public meetings in Leh and Vijaypur in Jammu, after inaugurating several development projects in Jammu and Kashmir.

He said the BJP-led government at the Centre was dedicated to the causes of Kashmiri Pandits, who had to abandon their homes in Kashmir Valley in the wake of spread of terrorism.

'They had to leave their homeland, the pain that they had to undergo, I have never said this but their pain is within me too,' Modi said.