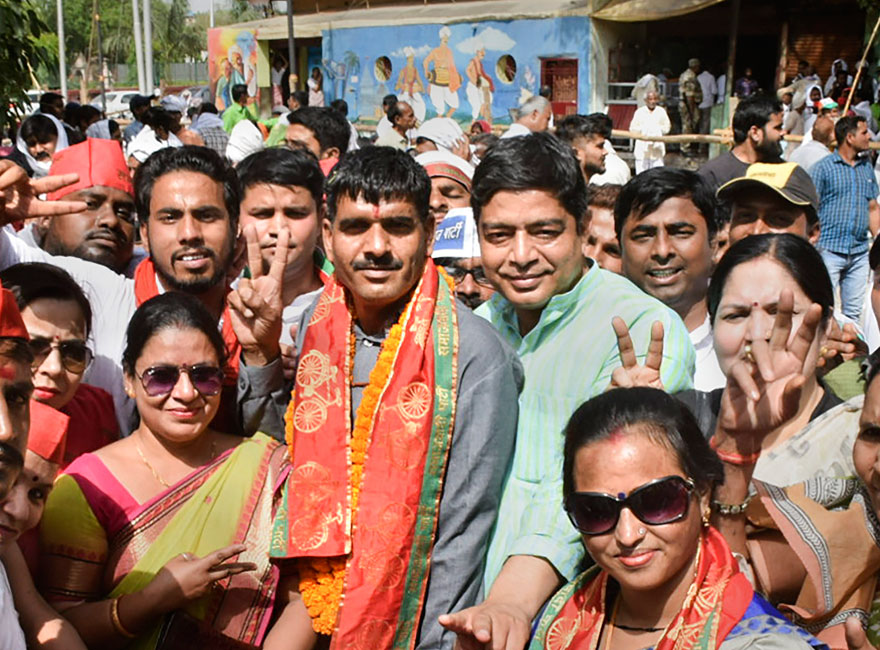 Former BSF soldier Tej Bahadur Yadav quit the Jannayak Janta Party on Saturday, accusing it of having betrayed Haryana’s voters by supporting the BJP in its efforts to form the government.

Yadav, dismissed from the BSF in 2017 after he posted a video complaining about the quality of food, had joined the JJP to contest the Assembly poll against chief minister Manoharlal Khattar from Karnal. He came third with 3,175 votes.

“Before the election, I had announced that if they tied up with the BJP, I would quit the JJP. They have betrayed the voters by supporting the BJP,” Yadav said.

“The public, which gave votes to the JJP, has been opposing its move. A large number of supporters have been burning their (JJP) flags and (leaders’) effigies ever since they announced support for the BJP.”

Yadav claimed the JJP had of its own initiative announced it would support the BJP, which had not sought the backing. “They should make it public if they got money or anything else in return for supporting them,” he said.

The BJP won 40 seats in a 90-member House, and the JJP 10. The BJP staked claim to form the government after the JJP offered support.

JJP leader Dushyant Chautala, who on Friday decided to back the BJP, will be sworn in as deputy chief minister on Sunday.