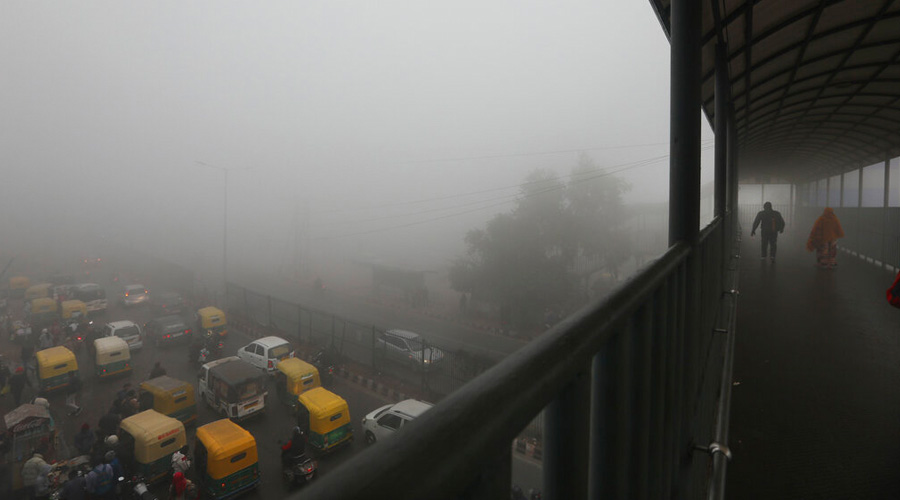 The national capital's AQI was in "severe" category on November 15 the last time but after that it had improved and remained in either "poor" or "moderate" category until November 22.

According to the Central Pollution Control Board(CPCB) mobile app, SAMEER, the city's air quality index (AQI) was recorded at 401.

The Ministry of Earth Sciences' monitoring system SAFAR had predicted improvement in the AQI for Wednesday.

Stubble burning share in PM2.5 in Delhi's air was 5 per cent on Tuesday.