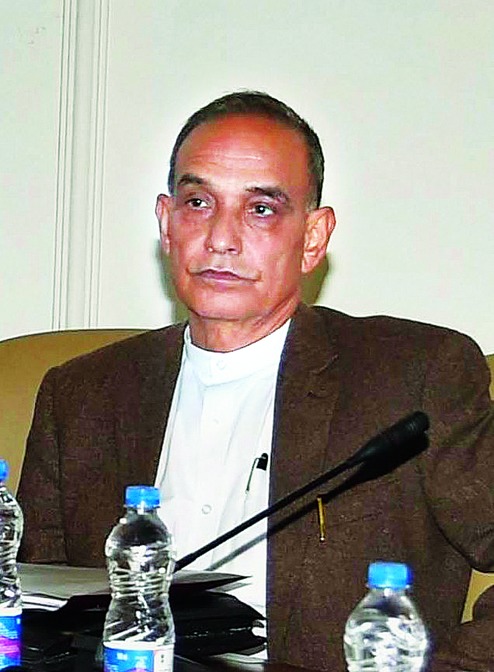 "No one has ever seen a monkey turn into a man," the former IPS officer said as a purported refutation, although Darwin's theory provides neither for such overnight transformations nor for human witnesses to other humans' evolution.

"Over thousands of years, we've been hearing tales from our ancestors and no one has ever written or said that someone went into a jungle and saw a monkey turn into a man," Singh said on the sidelines of a conference on the Vedas.

"Darwin's theory is scientifically wrong. It needs to change in school and college curricula," he later told The Telegraph, claiming foreign scientists had already initiated this discourse 35 years ago.

Senior biologists expressed surprise at Singh's statement, saying it should be obvious that the theory of evolution relies on studies of species characteristics, genetics and fossil evidence rather than live viewing.

"It's unfortunate that we have an education minister saying this," said Subhash Lakhotia, emeritus professor of zoology at Banaras Hindu University. "I was worried about something like this happening."

Lakhotia said India's biology teachers had almost never encountered resistance to the teaching of Darwin's theory unlike their counterparts in the US where Church-driven interests had once challenged the teaching of evolution in favour of the theory of creationism.

"We've never had this challenge - but this makes me worried," Lakhotia told The Telegraph over the phone.

Singh stood by his statement. "Darwin gave two concepts. One is the survival of the fittest. We believe in survival and sustenance of the weakest," he added, airing what seemed a political theory rather than a biological one.

"His theory of evolution is unscientific. I stand by what I have said. There is a lot of literature on this. Darwin did not do any experiment. Those who are criticising me have not read anything. Let them organise a seminar, I will give my arguments."

Singh seemed to be alluding to the various "scientific creationism" theories that have questioned Darwin's theory, ostensibly on scientific grounds, in the West over the past half a century but have been exposed by many scientists and philosophers as "pseudo-science".

Biologists assert that the theory of evolution remains unchallenged and that elements of evolution are visible all around the world today. The emergence of antibiotic resistance or the evidence of mosquitoes turning resistant to insecticides are two examples, a biologist said.

"The (minister's) statement is ridiculous. Such statements will ruin society. They go against the scientific temper, which all governments say they want to propagate," said Biju Dharmapalan, head of the school of biosciences at the Mar Athanosios College for Advanced Studies, Tiruvalla, Kerala.