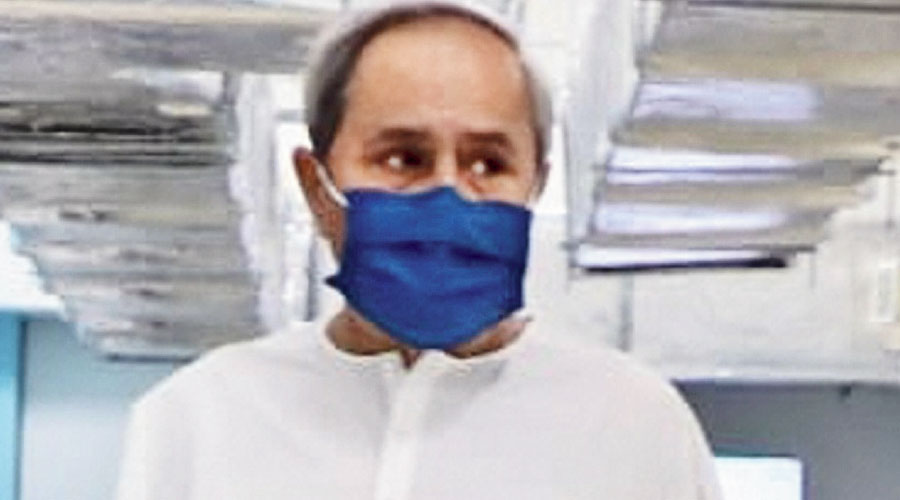 Odisha chief minister Naveen Patnaik on Thursday dialled Prime Minister Narendra Modi and Delhi chief minister Arvind Kejriwal and assured them that Odisha will supply medical oxygen to meet their needs. Both the Centre and Delhi government are finding it tough to arrange oxygen at a time when the number of corona patients dying owing to shortage of oxygen is rising.

“It is a war like situation and Odisha will extend all co-operation in the fight against Covid at the national level including ramping up oxygen production to assist other states in this emergency situation,” Naveen told Modi.

Naveen also spoke to Delhi chief minister Arvind Kejriwal and assured him all support from him. “Received a call from Sh Naveen Patnaik Ji. He has assured complete support to Delhi in facilitating lifting of Delhi’s quota of oxygen from Odisha. He has put a special officer on the job. Thank u  sooo much sir. Delhi is indeed grateful,” Kejriwal tweeted.

Recd a call from Sh Naveen Patnaik ji. He has assured complete support to Delhi in facilitating lifting of Delhi’s quota of oxygen from Orissa. He has put a spl officer on the job.

Thank u sooo much Sir. Delhi is indeed grateful.

Minister, steel and mines, Prafulla Mallick told The Telegraph, “Odisha is in a position to meet the requirement of oxygen of many states. We will soon ask all the steel production houses to ramp up the facilities to increase the production of oxygen in their plants. We will put a priority on the development of its supply system.”

Officials maintained that the Odisha government’s consistent effort to promote steel industries in the state has turned out to be a major boon and the state is now in a position to supply liquefied medical oxygen to the states which are grappling with its shortage at the time of corona pandemic.

Oxygen is a must for the treatment of the corona positive patients. Liquefied medical oxygen can be produced in large quantities where there are steel plants.

“The oxygen is needed to convert the iron into steel by segregating other ingredients from the hot iron ores like nitrogen, hydrogen and carbon. All the big steel industries set up the oxygen plants to produce oxygen for industrial use. At the time of producing oxygen for industrial use, they also produce liquefied oxygen to a certain amount which can be used for medical purposes” advisor to the steel department, Iswar Chandra Sahu told this newspaper.

Officials in the steel and mines department said, “At present Rourkela Steel Plant, Tata’s KalingaNagar Steel Plant, Jindal Steel and Power Limited (JSPL), Angul and some other steel industries are producing steel. The small steel industries are getting industrial oxygen from the big units for their purpose. Henceforth, we will ask them to set up their own oxygen units.”

Principal secretary, health and family welfare, P.K. Mohapatra said, “We don’t have a shortage of oxygen. We have asked our steel plants to supply more oxygen. They have assured to do so.”

“JSPL has more than 500 tons of liquid oxygen stock readily available at our Angul plant. We are waiting for the users to send their tankers. We can fill up on a first come first serve basis or as per the priority decided by the ministry of steel,” tweeted JSPL.

One of the senior officials of the Odisha government said, “Odisha’s designed capacity to produce oxygen stands at 7500 tonnes per day. Out of this Odisha can produce 750 tonnes of medical liquefied oxygen per day. ”

But if we produce as per the designed capacity, it needs to be evacuated immediately through tankers. Getting such a large number of tankers and the required man power is a major problem at this point.”