Currently, the various states have their own minimum wages, mostly between Rs 150 and Rs 300, while a non-binding national floor-level wage remains stuck at Rs 176 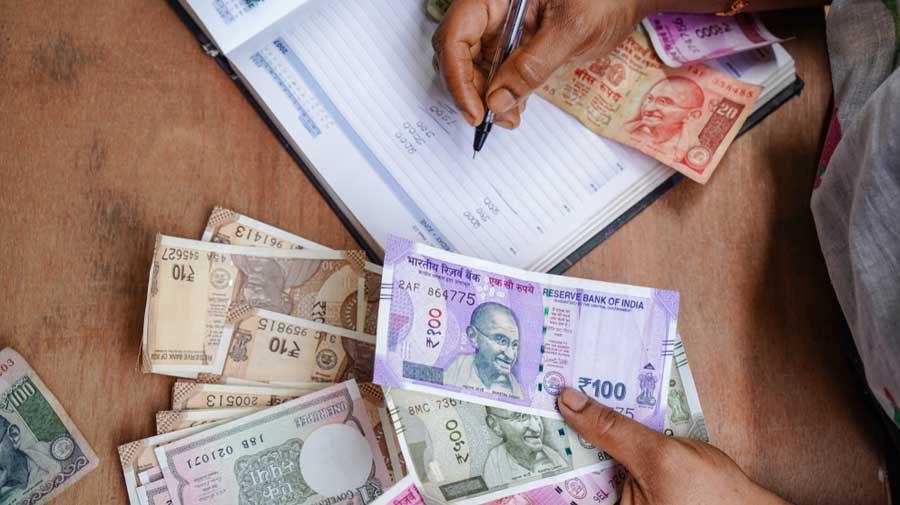 The first wave of Covid last year pushed the earnings of the families of 23 crore Indians below the national minimum daily wage of Rs 375 suggested by a government-appointed committee, a report released on Wednesday said.

The “State of Working India 2021: One year of Covid-19”, released by the Azim Premji University, says the number of people living in households with daily incomes below Rs 375 was 22.62 crore and 7.24 crore in rural and urban areas, respectively, at the start of the outbreak in March 2020.

Before the pandemic, the proportions of such people were 25.4 per cent and 15.6 per cent of the population in the rural and urban areas, respectively. By October 2020, the proportions had risen to 41 per cent (rural) and 35.3 per cent (urban), the report says.

“Many households who had not thought themselves to be poor actually became poor,” said Amit Basole, a professor and one of the authors of the report.

Currently, the various states have their own minimum wages, mostly between Rs 150 and Rs 300, while a non-binding national floor-level wage remains stuck at Rs 176. The government has enacted a wage code for a national minimum wage but the amount has not been fixed yet.

“We took the Anoop Satpathy committee’s recommendation for this calculation,” Basole said.

In 2019, an expert committee led by Satpathy and appointed by the law ministry to determine a methodology for fixing a national minimum wage had proposed the figure of Rs 375. This was based on estimated expenditures on a minimum recommended food intake and on other heads like clothing, fuel and light, house rent, education, medical treatment, footwear and transport for the wage earners and their dependants.

The “One year of Covid-19” study analysed data obtained already through the Consumer Pyramids Household Survey (by the private think tank, the Centre for Monitoring the Indian Economy), the Azim Premji University Covid-19 Livelihoods Phone Survey, and the India Working Survey.

The report says the Indian economy was already in prolonged slowdown when Covid struck. It says about 10 crore jobs were lost during the nationwide lockdown from March 25 last year, but most of the newly jobless were back at work by June.

By the end of 2020, about 1.5 crore workers remained out of work while the income of others remained depressed, it says.

For an average household of four members, the monthly per capita income in October last year was Rs 14,979, below the January figure of Rs 15,989.

The report recommends the extension of free rations under the public distribution system beyond the currently stipulated June till the end of 2021, and monthly cash transfers of Rs 5,000 for three months to vulnerable households.

It suggests that the work entitlement under the rural job guarantee scheme MGNREGA be expanded from 100 to 150 days per household per year. It has also recommended a pilot urban employment programme in the worst-hit districts.