As the virus spreads and cases mount, the supply chain involving agricultural inputs, production, transportation and shipping will be disrupted 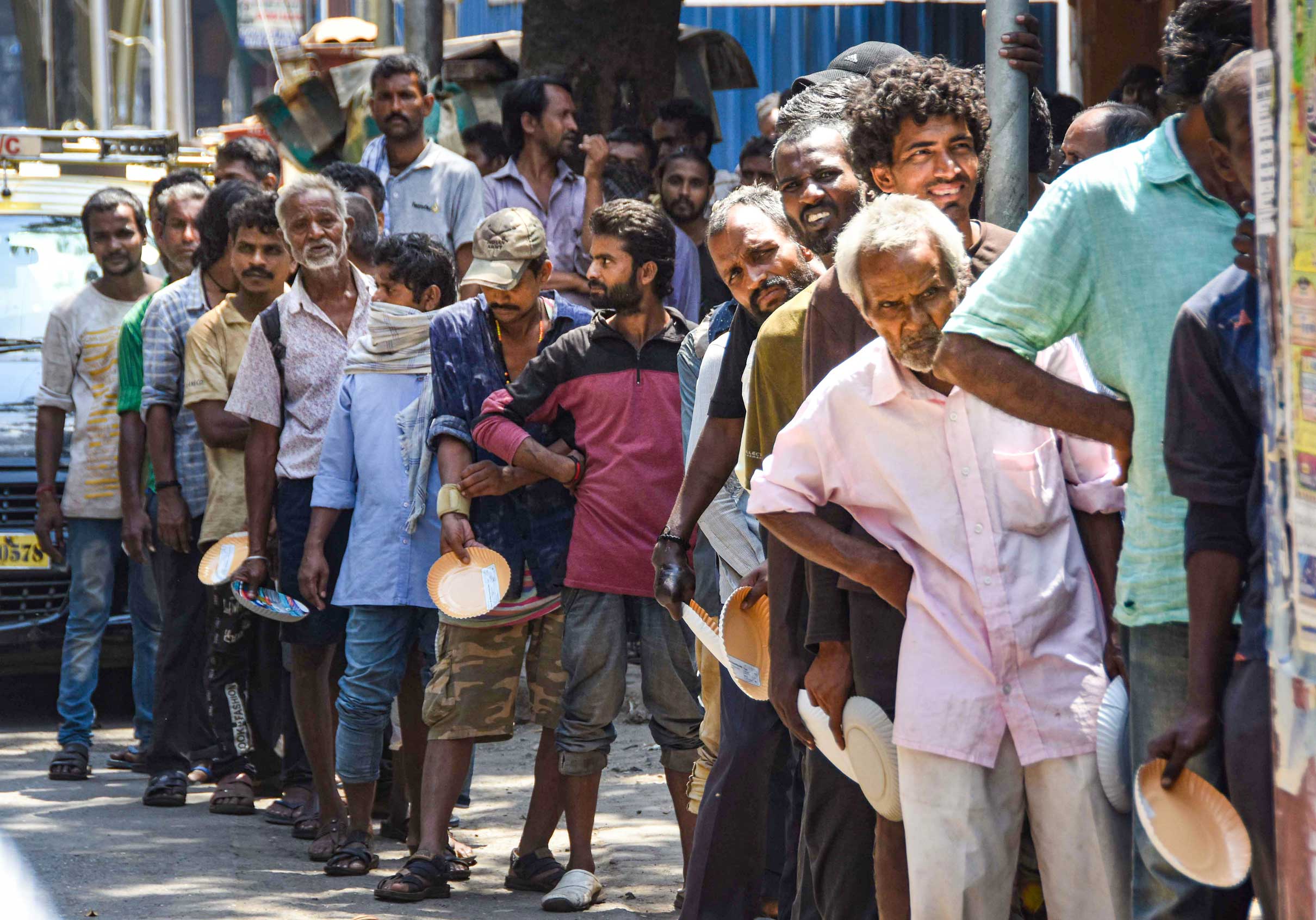 Volunteers of an NGO distribute food to the needy during the coronavirus lockdown in Mumbai on Tuesday. The FAO has put out a list of questions and answers related to the impact of Covid-19 on food availability and disruption in the supply chain.
PTI
Basant Kumar Mohanty   |   New Delhi   |   Published 24.03.20, 10:01 PM

Thirty per cent of India’s lowest income class, already undernourished, could be hit the hardest by the coronavirus pandemic, going by the analysis of an official report and a warning from the United Nation’s Food and Agriculture Organisation.

What might further aggravate the situation for the country’s working class, experts and trade unions said, is the tendency among the relatively affluent to hoard food and inadequate government support for the vulnerable sections of the society.

The FAO has put out a list of questions and answers related to the impact of Covid-19 on food availability and disruption in the supply chain.

As the virus spreads and cases mount, the supply chain involving agricultural inputs, production, transportation and shipping will be disrupted, it said.

“We are already seeing challenges in terms of logistics involving the movement of food,” the UN agency said.

“As a result, as of April and May, we may expect to see disruption in food supply chain. Blockages to transport routes are particularly obstructive for fresh food supply chain and may result in increased level of food losses and waste. Transport restrictions, quarantine measures are likely to impede farmers’ access to markets curbing their production capability and hindering them from selling their produce,” the FAO Q&A said.

Shortage of labour could affect the food processing sector, too, it warned, adding that developing nations were at a greater risk of supply chain disruption and food availability as the spread of the disease could lead to a reduction of the labour force and affect labour-intensive forms of production.

The FAO’s perspective has relevance for India, where 30 per cent of the population have very low incomes and are, as such, malnourished.

A 2019 report — Food and Nutrition Security Analysis, India, published by the ministry of statistics and programme implementation — had found the rate of malnutrition in India “stubbornly high”.

Food rights activist Ashok Rao, who runs an organisation that supplies cooked food to anganwadi centres in Delhi, said hoarding of food items had added to the crisis.

“The vulnerable people, like those working in the informal sector, have no protection and no money. They need food and monetary assistance. But the government has not announced anything,” he said.

Rao said that amounted to the central government virtually passing on the responsibility to the states.

A government official said some states like Uttar Pradesh had announced that workers would be given Rs 1,000, but added that only those registered with factories or establishments might get the benefit.

“The poor people are doubly disadvantaged. The wealthy people have hoarded material but the poor are unlikely to have stocked up because they don’t have money. When they buy from the market, the prices of items would have spiked,” the official said.

Processed food items, such as biscuits, namkeen and sauce, may not be available since production might gradually be affected because of the lockdown, the official added.