Coronavirus: Congested prisons across India to release prisoners on parole

In Tihar, over 400 have already been released, while about 1,500 are likely to be released soon in the second batch 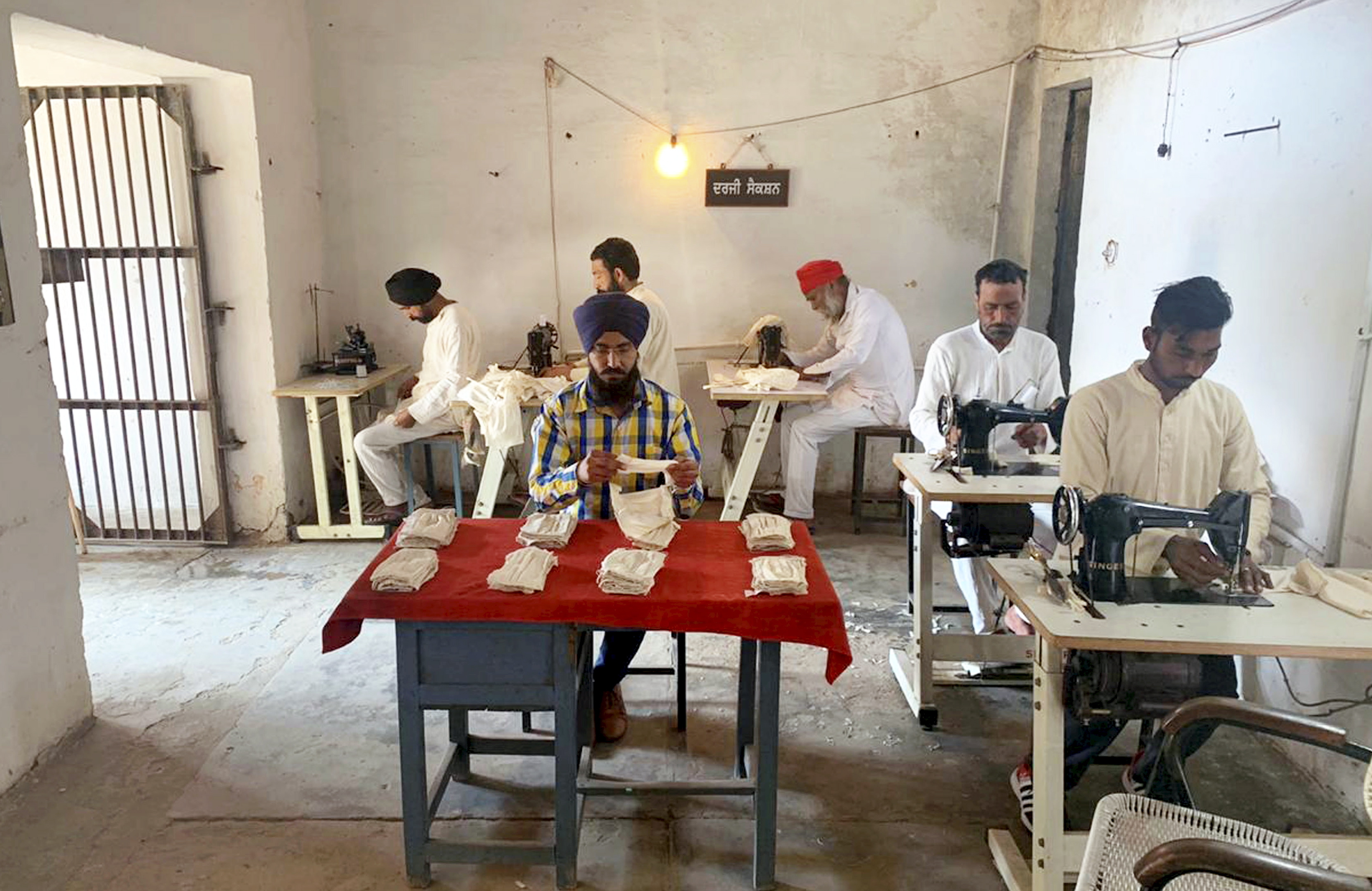 Thousands of prisoners in overcrowded jails across the country are being released on interim bail or parole in an unprecedented step to prevent the spread of the Covid-19 contagion.

Tihar is Asia’s largest jail complex, and also the most congested. Authorities informed on Monday that an estimated 3000 inmates will be released in phases to decongest the prison. Over 400 have already been released, while about 1,500 are likely to be released soon in the second batch.

According to data provided by the Director General, Prisons, 16 jails in Delhi with a total capacity for 10,026 prisoners, have 17,440 inmates, of whom 14,355 are under trial. Tihar accounts for the maximum number of jails while some are located in Mandoli and in Rohini. Till date, no cases of COVID-19 have been detected among the inmates. Measures are also being undertaken to sanitize and clean prison campuses, as jails emerged as potential infection hotspots. The number of COVID-19 cases in the country climbed to 1,071 while the death toll rose to 29, according to the Union Health Ministry.

This move by prison authorities followed a Supreme Court order on March 23 which stated that all states and union territories must set up high-level panels which would consider releasing all convicts who have been jailed for up to seven years on parole to decongest jails in an attempt to contain the coronavirus outbreak. The court suggested that undertrials awaiting trial for offences entailing maximum sentence of seven years also be extended a similar benefit. The undertrial review committee must meet every week, it said. Looking at the possible threat of transmission, the bench suggested maximum possible distancing among the prisoners including undertrials. Jail authorities have also disallowed prison visits by family members, as part of the precautionary measures.

In Jodhpur, inmates of the Central Jail went on an indefinite hunger strike last week demanding they be released due to the coronavirus outbreak. The strike was called off on Friday, following an assurance from the jail administration that the demand will be considered. A meeting of a committee headed by Delhi High Court judge Justice Hima Kohli through video conferencing decided to expedite the process of granting eight week parole to around 1,500 undertrial prisoners, under a newly incorporated provision in the prison rules. However, the prisoners undergoing trial in drug cases where intermediary or large amount of banned substance was recovered, those facing trial for sexual assault of children, rape and acid attacks, foreign nationals, accused in corruption or money laundering cases and those under investigation in terror, anti-national or unlawful activities, would not be considered for any interim bail, the committee said.

A petition was also filed in the Supreme Court on Monday seeking directives for the Centre and all states to consider granting parole or interim bail to prisoners above 50 years of age as well as those suffering from diabetes, high blood pressure, respiratory problems and other life threatening diseases in view of the coronavirus pandemic. The plea said that as per World Health Organisation (WHO), older people and those suffering from pre-existing medical conditions like high blood pressure, diabetes, heart and lung diseases can be seriously affected by COVID-19. The petition, filed by advocate Amit Sahni, said the apex court has already taken cognizance of the congested prison situation following the virus outbreak, but the issue of vulnerability of certain categories of persons including those above 50 years was not brought to its notice earlier.

A demand was also made for the release of 84-year-old Asaram Bapu, who is lodged in Jodhpur jail on bail. In 2018, the self-styled godman was sentenced to a life-long jail term after a Jodhpur court convicted him of raping a minor in 2013. “Followers of Guruji (Asaram) feel that he should be released,” said Vikas Khemka, spokesperson, Asaram Ashram in Motera in Gujarat.

The process to release nearly 8,000 prisoners has begun in Madhya Pradesh, a senior official said in Bhopal. Out of these 8,000 prisoners, 5,000 will be released on parole for 60 days while 3,000 prisoners, who were being tried for cases where the maximum sentence is less than five years, will be released on interim bail for 45 days, state Director General of Prisons Sanjay Choudhary told PTI. There are 125 jails in MP with a capacity to keep 28,601 prisoners, but they are overcrowded with around 42,000 inmates.

The Maharashtra Prison department has so far released around 600 prisoners from 37 prisons in the state in the last three days, officials said in Mumbai. In Himachal Pradesh, a high-power committee has decided to give temporary bail only to those undertrials who are first time offenders and facing trial for offences punishable up to seven years.

The Gujarat government has said it will release around 1,200 prisoners for two months on parole and interim bail to reduce jail crowding. “They will be physically examined before being released, and only those who are healthy will be sent home,” an official said in Ahmedabad. Medical examination of the inmates was underway and those with fever, cold, cough etc were being isolated.

The Nalbari District Jail Authority in Assam has released 45 undertrials. Jail officials said the 45 inmates were from Nalbari, Kamrup and Baksa districts of Assam and they were dropped at their respective homes. Altogether 369 undertrials and convicts were lodged at the Nalbari District Jail as against the capacity to keep 155 prisoners. The correctional services department in West Bengal has prepared a list of 3,000 inmates who were eligible for parole and bail. According to officials of the department, of the 3,000 inmates listed for relief, 2,000 are undertrial prisoners and 1,000 convicts. Authorities in Tamil Nadu are also considering release of around 1,200 inmates, most of them arrested in petty cases.