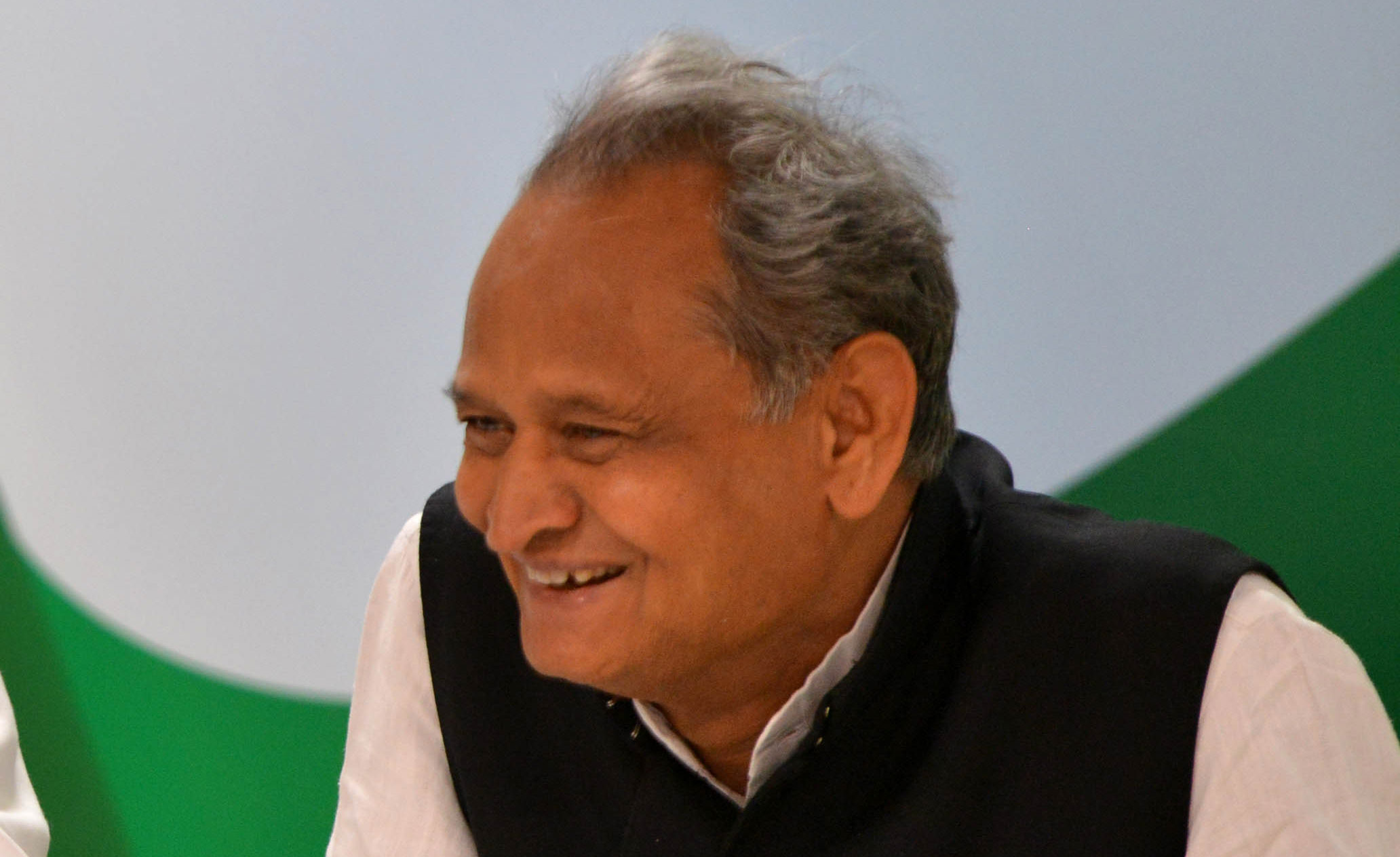 Congress general secretary in charge of organisation Ashok Gehlot has written to every state unit across the country to hold protest marches and demonstrations on November 9, the day currency notes worth Rs 500 and Rs 1,000 began to be be demonetised in 2016.
Telegraph file picture
Sanjay K. Jha   |   New Delhi   |   Published 07.11.18, 08:40 PM

Prime Minister Narendra Modi might have wiped out the nightmarish demonetisation fiasco from his playbook but the Congress has decided to remind him and the nation of the “Tughlaqi firman” by observing its second anniversary on Friday.

Congress general secretary in charge of organisation Ashok Gehlot has written to every state unit across the country to hold protest marches and demonstrations on November 9, the day currency notes worth Rs 500 and Rs 1,000 began to be be demonetised in 2016. Protest rallies will be held in every state and district headquarters.

The main protest will be staged in Delhi where Congress workers will hold a candlelight march from Jantar Mantar to the Reserve Bank of India (RBI) headquarters. Ironically, the RBI itself is locked in a war with the government now, and the Congress has said the central bank too is responsible for undermining its autonomy by playing along with the Prime Minister on the demonetisation.

While the RBI partnered with the finance ministry to wantonly change guidelines and instructions post-demonetisation and succumbed to the government’s abnormal pressures, its brass are now rattled in the face of exceptional coercion allegedly for a share of the central bank’s reserves.

Although the entire Opposition now stands with the RBI, the Congress has chosen not to spare it on the question of demonetisation.

Giving a call to gherao the RBI headquarters on Friday evening, Delhi Congress chief Ajay Maken, said: “The BJP celebrates the death of hundreds of innocent persons, lock-out in thousands of industrial units and millions of job losses. Let us teach them a lesson.”

Rahul Gandhi, who will be on a tour of Chhattisgarh on that day, is expected to lend his voice to the protests from there.

Gehlot’s letter to the state units and chiefs of frontal organisations recalled how Modi’s “Tughlaqi firman” played havoc with Indian economy, small and medium enterprises, cottage industry, agriculture and ordinary citizens. It pointed to the “incalculable losses”, including a reduction of the GDP growth. It also claimed that none of the stated objectives — curbing black money, counterfeit currency and terror funding — were fulfilled.

Another objective, invented at a later stage by the government, of digitalising the economy, too, turned out to be a hoax as more cash is in circulation today than it was pre-demonetisation. The Congress has asked the Prime Minister to tender an unconditional apology for the mindless act and asked him to show the benefits of demonetisation, if any, especially since two years had passed.

The Prime Minister himself and his cabinet colleagues, who initially tried to project demonetisation as the most revolutionary reform of independent India, gradually stopped even making a passing reference to thee decision.

While Rahul refers to demonetization, asking the people not to forget the miseries they suffered for getting their own money, Modi largely skips that period at his public rallies.

The Prime Minister passionately defended his decision for the first few months, telling the people that he was ready to be punished at any “chauraha (crossing)” if his decision failed to yield the desired results.

While a severe cash crunch hit paralysed the country for months, many economists believe the avoidable decision caused immeasurable damage to the economy and the poor.

The Prime Minister, however, appeared to have shut demonetisation out and chosen to focus on other schemes like Jan Dhan accounts and Swachh Bharat. Rahul has portrayed the mystical decision taken on the night of November 8 as evidence of whimsical governance.

The government didn’t pay any heed to the Congress’s demands to bring out a list of persons who deposited more than Rs 50 lakh in the period preceding demonetisation and soon after.

Gehlot’s letter alleged that the demonetisation helped the crooked turn their black money into white.

Many details are still shrouded in mystery and the basic fact that almost all the money in circulation returned to the banks was made public after a long wait.