I lost so much: Li 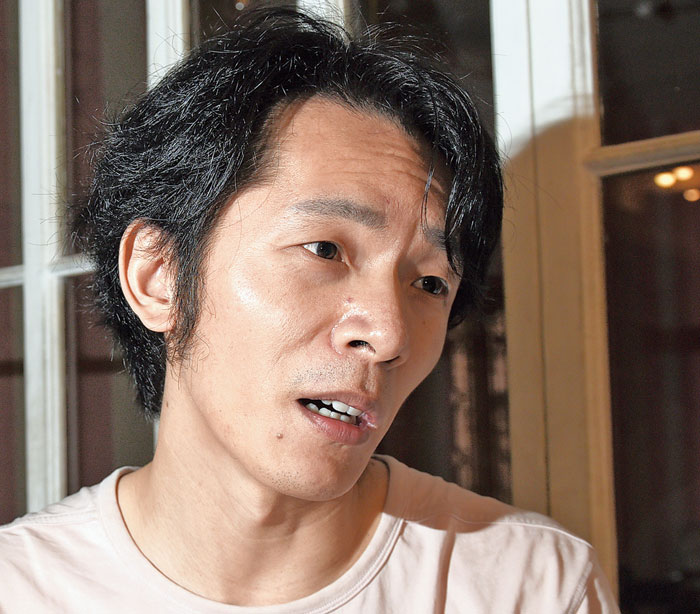 The 6.6 lakh followers of Li Zhiwei on TikTok may have noticed that the Chinese national has largely been rehashing photos for the past four months.

There’s a reason. Li, who describes himself as a travel blogger who runs two gym equipment shops back home, has been stuck in Calcutta for 139 days and counting.

The 34-year-old Chinese was arrested on March 16, hours after his arrival in Calcutta and a few hours before he was to depart, for filming the Victoria Memorial premises using a camera affixed to a drone.

The use of drones is banned in restricted areas. Victoria falls in this category because of its proximity to Fort William, the army’s Eastern Command headquarters.

Li’s arrest and detention in police custody has been reported but not much else about him has come out. The Telegraph found out that the resident of Shenzen, the southeastern Chinese metropolis, is now staying in a small apartment near Phoolbagan as a paying guest.

There is no certainty when Li can leave Calcutta. The charges he faces can attract a maximum punishment of five years in jail and a fine of up to Rs 10 lakh.

Consider the sections listed in the chargesheet:

Running low on cash, Li appeared to be battling a breakdown. “I lost so many things: friends, money, business,” Li told this correspondent in broken English, sitting in a café and speaking for the first time to the Indian media after his arrest.

“I can’t afford lunch. I am virtually surviving on Maggi noodles. I cannot take medicines,” Li said. (His lawyer has said Li suffers from a kidney condition.)

Li said one of his two shops, which sells gym ware, may have to close down in his absence.

Since March 16, the day he landed in Calcutta with two friends for a tour of India and Sri Lanka, Li has been regretting his decision to take drone pictures and videos with the idea of uploading them for his 6.6 lakh followers on TikTok.

“I have taken drone pictures and videos at many places across the world. Nobody stopped me. Only once in Bali, a security (guard) asked me to bring it down, saying it was not allowed. But he let me go.”

However, Li regrets not researching enough on the Internet before sending a drone up on the Victoria Memorial premises, which incidentally was not the place he had initially planned to visit.

Reaching Calcutta on an early morning flight from Malaysia and with a plane to catch for Varanasi in the afternoon, Li, who had chucked his job at the Japanese IT major NEC to start his own business so he got more time to travel, had a narrow window.

He intended to visit Thakurbari at Jorasanko (Rabindranath Tagore’s home) but changed the plan after being warned about the heavy traffic.

“I paid more entry fee as a foreigner (at Victoria). They should have checked my bag and warned me (against flying a drone). Bags are checked all the time — at hotels, at airports,” Li said.

He was caught by the CISF, which is in charge of security at Victoria, and handed over to Hastings police station.

While his friends were allowed to go after being questioned, Li was arrested, produced before the chief metropolitan magistrate and remanded in 10 days’ police custody. He obtained bail after the custody period ended, but had to deposit his passport with the police.

Jayanta Sengupta, the curator of Victoria Memorial, said that while camera photography was allowed inside the public area of the museum and its garden, the use of drones required permission from the army, the custodian of the place.

“It is clearly mentioned at the north and south gates,” he said, adding that the warning against the use of drones was incorporated following instructions from security agencies two years ago.

“Many people come to us for permission. We direct them to the army.”

Li’s lawyer, Avijit Das, has moved a petition seeking early disposal of the case, stressing that Li, whose family back home includes his parents, a brother and a sister, suffers from chronic nephritis (a condition in which the kidneys get inflamed).

The court has directed a forensic test of the drone’s contents.

“Considering the nature of the allegations levelled against him, it appears that it is vital to ascertain first as to what was the substance of the video which was being recorded by him at the time of the incident, as the said content would reveal whether it was done in the capacity of an amateur tourist visiting India, or in some other capacity and for some oblique purpose,” the chief metropolitan magistrate said.

The chargesheet filed by the police on July 17 said: “It is clearly mentioned in the report of the FSL (forensic laboratory) that the accused person captured still picture and videos for 31 minutes with the drone.”

It did not mention the contents of the videos, as directed by the court.

While awaiting his fate in the Phoolbagan apartment, Li uploads old videos on TikTok. He also watches movies, sometimes Hindi films, and plays games on his cellphone.

As a young boy, Li used to go to the neighbourhood church with his mother. As he grew up, the visits became infrequent.

But for the past few months, Li has been getting up every morning remembering the religiosity inculcated in him by his mother and with a muted prayer on his lips: “God, let me return home.”