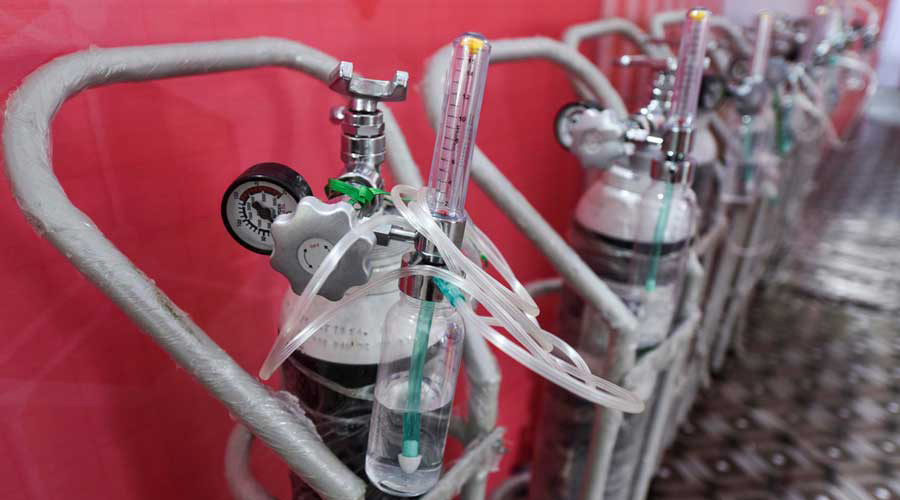 Delhi Health Minister Satyendar Jain on Wednesday accused the Centre of doing politics over the issue of oxygen crisis here during the second wave of the Covid pandemic, and also trying to stop the formation of a city government's panel to probe deaths allegedly due to its shortage.

His remarks in response to a question during a press conference came a day after the Delhi High Court said that it saw no difficulty in the constitution of a high-powered committee (HPC) by the AAP government to probe the deaths caused by the alleged medical oxygen shortage.

The court, which was dealing with a plea to operationalise the HPC, noted the Delhi government's stand that the committee would not attribute any fault to any hospital and any compensation will be paid and absorbed by the government alone.

Jain said the Delhi government had set up a four-member panel comprising medical experts in June and the files were sent to the Delhi Lt governor for approval.

However, the Centre tried to stop it via the LG office, he alleged.

"The Centre also did politics over the issue of oxygen crisis and even said in Parliament that no deaths due to oxygen shortage was reported," Jain further alleged.

They did a "wrong thing" by "trying to hide deaths" that may have occurred due to shortage of the life-saving gas, Jain charged, and added that the court had now cleared the way for the formation of the panel.

The high court on Tuesday had also recorded that as per the Delhi government, the criteria for determining compensation will be open to scrutiny and its task would not overlap with that of a sub-group constituted by the Supreme Court on allocation and utilisation of oxygen.

"The job of this committee is to probe any death that any person claims has taken due to oxygen shortage, whether at home or a hospital. The panel will investigate and recommend a compensation of up to Rs 5 lakh accordingly. It will not probe any medical negligence, that is the job of the medical council," Jain told reporters.

Deputy Chief Minister Manish Sisodia had on July 21 charged the Centre with trying to "hide its fault" and alleged that its "mismanagement" and change in oxygen distribution policy after April 13 had caused shortage of oxygen in hospitals across the country, leading to a "disaster".

Jain said several media channels were reporting live on the oxygen crisis issue during the second wave of the pandemic in Delhi. Was it all wrong, he asked.

On the UK rules related to Covishield vaccine, the Delhi minister said the MEA will respond on this, but, "I feel there is no question of not recognising it," as it is the same vaccine used in the UK but with a different name of AstraZeneca.

The UK government on Wednesday added Covishield to an updated international travel advisory.

The move follows widespread condemnation of the Serum Institute of India manufactured vaccines not being included in a list of eligible COVID-19 vaccines recognised under Britain's reviewed international travel norms, effective from October 4.

The updated advisory means that Indians fully vaccinated with Covishield will no longer be required to undergo compulsory 10-day self-isolation at home or declared location on entry to England.