CPWD, which is the project developer, informed the Expert Appraisal Committee that the construction will be completed by December 2022 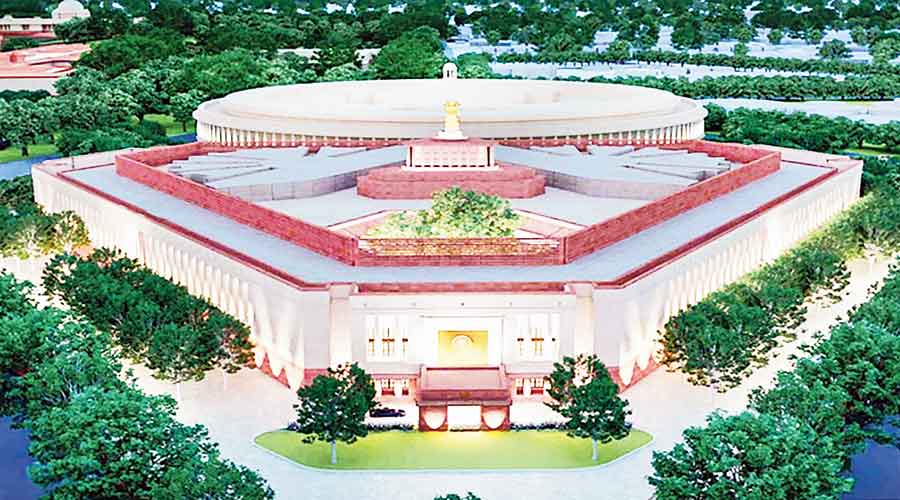 The construction of the prime minister's residence under the ambitious Central Vista project will be completed by December 2022, the Central Public Works Department (CPWD) has informed a government-appointed expert panel, which has given its nod to the project.

The Ministry of Environment has already granted the clearance for the expansion and renovation of the existing Parliament building, which is part of the Rs-13,450 crore Central Vista Redevelopment Project.

At a meeting held last month, the EAC recommended for the environmental clearance for the redevelopment of the Common Central Secretariat buildings and the prime minister's residence.

“The EAC, based on the information submitted and clarifications provided by the project proponent and detailed discussions held on all the issues, recommended granting environmental clearance to the project,” the minutes of the meeting said.

It informed that the Central Conference Centre, which is expected to be ready by December 2026, will cater to the conferencing needs and will also be connected by a people mover to the Delhi Metro.

While giving its nod, the panel directed the CPWD to ensure that an area for greenery is provided according to the details in the project document, which say the area under plantation or greenery will be 81,220 square metres.

“As proposed, at least 4,918 trees will be maintained within the project site during the operation phase of the project,” it said.

“Online monitoring should cover parameters e.g. PM10, PM2.5 along with NOx, SOx, covering upwind and downwind directions during the construction period,” it said.

The committee also directed the project developer to draw a detailed traffic management-and-decongestion plan to ensure that the service of the roads near the project site may not get adversely impacted during the implementation of the project.

“The plan should stipulate, inter alia, the path and appropriate time for the movement of vehicles to and from site. The plan shall be vetted by a concerned agency in the state government,” it said.

The redevelopment project of the Central Vista -- the power corridor of the country ‑ envisages a new triangular Parliament building, a Common Central Secretariat and the revamping of the three-km-long Rajpath from the Rashtrapati Bhavan to India Gate and new residences for the prime minister and the vice president.