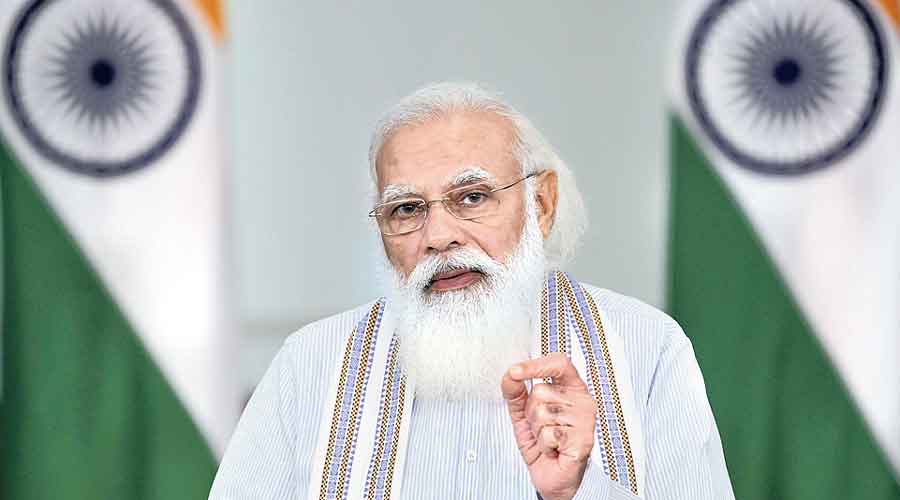 The Narendra Modi government’s refusal to share with citizens the official records detailing the preparations and response to Covid-19 on the ground that it would threaten national interests seems “far-fetched” and “not justified”, the Central Information Commission (CIC) has said.

The CIC, a statutory agency created under the Right to Information Act in 2005, has directed the Centre to reveal within 10 days information relating to an empowered group subcommittee — a panel of officials and experts —dealing with medical oxygen.

The subcommittee, under the Union commerce ministry’s department for promotion of industry and internal trade (DPIIT), had been tasked with managing medical oxygen in response to the Covid-19 pandemic.

Das had, under the RTI Act, asked for the dates on which the oxygen subcommittee had met, the agendas of its meetings, copies of the presentations made during the meetings, the minutes of the meetings and information on oxygen stocks and rollout plans.

Many Covid-19 patients across India, including over-40 patients in two hospitals in Delhi, had died after their hospitals, overwhelmed with patients, ran out of medical oxygen during the peak phase of India’s second Covid-19 wave in April-May.

The CPIO had responded on June 11, denying the information under Sections 8(1)(a) and (d) that allow officials to withhold details that would prejudicially affect India’s “security, strategic, scientific, or economic interests” or information that includes trade secrets or intellectual property.

The CIC, in its order released on Saturday after a July 22 hearing on the appeals filed by Das, said: “The information sought being denied in a blanket manner is not justified at all.”

It has ordered the CPIO to provide “maximum information as disclosable in the letter and spirit of the RTI Act”.

The CIC noted that the DPIIT’s CPIO had provided a “cursory reply” to Das, claiming exemptions under Sections 8(1)(a) and (d), but “had failed to amplify the same with reasons”.

“The denial was not justified in its reply,” the CIC said, adding that the CPIO’s invocation of Section 8(1) during the hearing appeared an afterthought that seemed far-fetched. “As far as the denial under 8(1)(a) is concerned, the same was also not justified,” the CIC said.

“The government has been adamant in not wanting to share records on its Covid-19 responses,” said Das, who had last year too applied for information relating to the official records of the National Expert Group on Vaccine Administration (Negvac) for Covid-19, and was denied.

“I’m hoping that this order will have broader implications, that the government will now be bound also to share information relating to Negvac,” Das told The Telegraph.

Das has also sought information on data based on which India had approved the two vaccines — Covishield and Covaxin — currently being used in the campaign.

Some public health experts believe that India’s currently limited supplies of Covid-19 vaccines are the direct outcome of decisions taken by Negvac or other government departments.

India did not order any vaccines until January 2021, unlike many other countries that had signed pacts with vaccine makers between July 2020 and December 2020.

Health officials have declined to discuss details of the decisions taken by Negvac.