Campaign to send sippers to Stan Swamy in jail 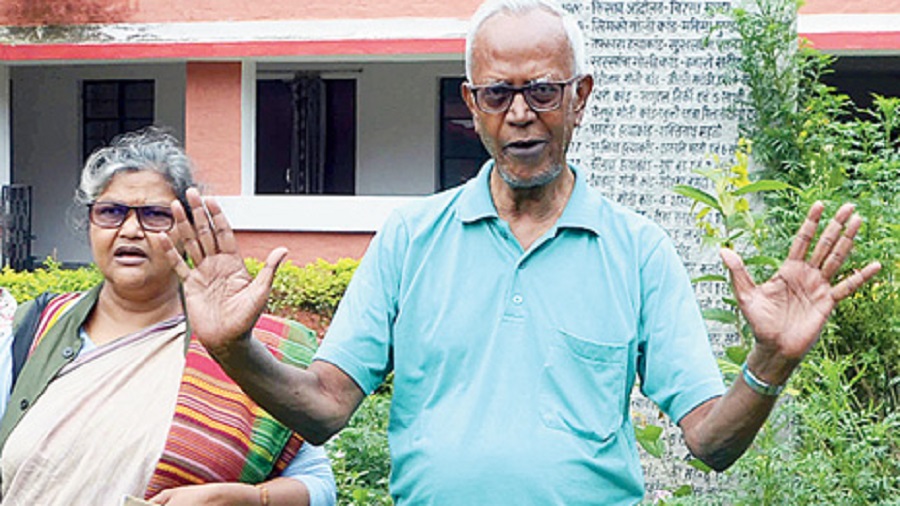 A disability rights body on Friday launched a campaign to send sippers to the Taloja jail in Navi Mumbai a day after a court rejected Parkinson’s Disease patient Stan Swamy’s plea for the return of his straw and sipper.

The CPM-backed National Platform for the Rights of the Disabled (NPRD) urged disability rights groups and activists to mail the sippers to the jail where Swamy, an 83-year-old Jesuit and tribal rights activist, is awaiting trial in the alleged Elgaar Parishad Maoist plot.

Swamy, who cannot drink liquids without sippers, had on November 6 petitioned a court requesting the National Investigation Agency to return his straw and sipper. He said it had been seized when he was brought to the jail on October 9, a day after his arrest in Ranchi. NIA spokesperson Sonia Narang told The Telegraph last week: “It is
false, wrong and mischievous to say that NIA has (in its possession) accused Stan Swamy’s straw and sipper. The matter is between the accused and jail authorities as the accused is in judicial custody.”

On Thursday, PTI reported that the special NIA court had rejected Swamy’s plea after the agency denied having seized Swamy’s straw and sipper.

“It took 20 long days for the (NIA) to come up with a claim that they did not seize these items from Stan’s possession,” NPRD general secretary Muralidharan said in a statement.

“Even if we accept the NIA’s contention, the special court should have taken a humanitarian view and ordered that he be provided with a utensil that would assist him in taking fluids, including water. The refusal to do so is atrocious.”

Swamy has “moved a fresh application seeking permission to use a straw and a sipper and winter clothes”, PTI reported. It said the court had sought the jail’s reply and adjourned the matter till December 4.

Junior Maharashtra home minister Satej D. Patil had tweeted on November 7 that a straw had been given to Swamy. However, in a letter received by a friend of Swamy on November 18, the priest wrote that since his “sipper-tumbler” had been “disallowed at the prison gate”, he was using “a baby-sipper mug, which I purchased through the prison hospital”.