The UN too has supported the farmers’ right to protest 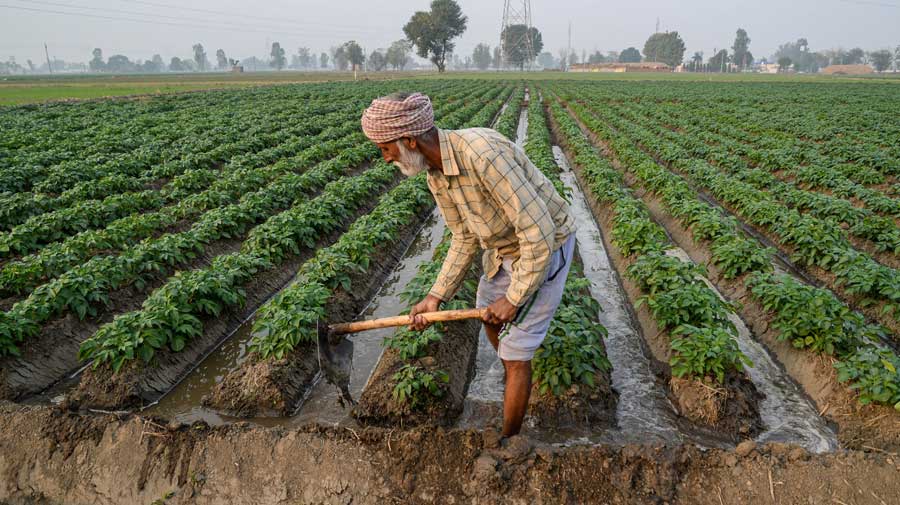 Thirty-five British MPs have opened a new and wider flank on the farmers’ protest, going beyond Canadian concerns and raising questions about the “impact” of the farm laws.

The MPs, several of them with Indian roots, have urged the UK government to speak up for Indian farmers’ right to protest peacefully as well as against the three new farm laws. They have also underscored that 92 per cent of UK Sikhs have ties to farmland in India.

The UN too has supported the farmers’ right to protest.

Responding to a question on the protests in India, Stephane Dujarric, spokesperson for the UN Secretary-General, said: “As to the question of India, what I would say to you is what I’ve said to others when raising these issues is that people have a right to demonstrate peacefully, and authorities need to let them do so.”

India had sharply criticised Canadian Prime Minister Justin Trudeau for backing the farmers’ right to protest, issued a demarche and warned of damage to bilateral ties.

But New Delhi has fallen silent since late Friday night after Trudeau maintained: “Canada will always stand up for the right for peaceful protest anywhere around the world.”

A media report has suggested that external affairs minister S. Jaishankar has decided not to participate in the next meeting of a Canada-led group of foreign ministers, scheduled on Monday, to evolve a common strategy against the pandemic.

The purported reason for the no-show decision is scheduling problems, but it is being linked to the strain in ties with Canada.

Jaishankar had last December cancelled a meeting with a US Congressional delegation after it refused to exclude the Indian American Congresswoman, Pramila Jayapal, from the interaction. Jayapal had moved a bipartisan resolution in the House of Representatives criticising the Kashmir clampdown.

What the UK parliamentarians are demanding goes beyond what their Canadian counterparts had sought and got Trudeau to do. The concern in Canada related mainly to the Indian government’s use of force against the farmers, and Trudeau’s statements defended the right to protest peacefully.

On the two occasions Trudeau has spoken publicly on the issue over the past week, he has not mentioned the contents of the three laws.

In the UK, parliamentarians from across the political spectrum have written to the secretary of state for foreign, Commonwealth and development affairs, Dominic Raab, requesting him to call an urgent meeting with the 35 signatories to discuss the “deteriorating situation in the Punjab and its relationship with the Centre”.

The letter has called for “representations to be made by yourself to your Indian counterpart about the impact on British Sikhs and Punjabis with longstanding links to land and farming in India”.

Explaining the reasons for seeking this intervention, Labour MP Tanmanjeet Singh Dhesi — whose letterhead the joint letter bears — has tweeted: “Many constituents, especially those emanating from the Punjab, have contacted MPs to express solidarity with the farmers.... Dozens of MPs duly deliberated and signed a cross-party letter, seeking justice for the peacefully protesting farmers.”

The letter makes it clear that these British MPs had been monitoring the protests in Punjab even before the farmers moved towards Delhi last week.

They have written to both Raab and the Indian high commission in London over the past month about the new laws’ impact on farmers and those dependent on farming in India.

The letter also refers to an ongoing survey by the Sikh Council UK that shows that 92 per cent of UK Sikhs have ties to agricultural land in India and 84 per cent are personally concerned about the impact of the new laws.

Various groups in London have planned protests outside the Indian high commission on Sunday in solidarity with the farmers protesting on Delhi’s borders.