The BJP shrugged off the development, saying Manish was not a party member 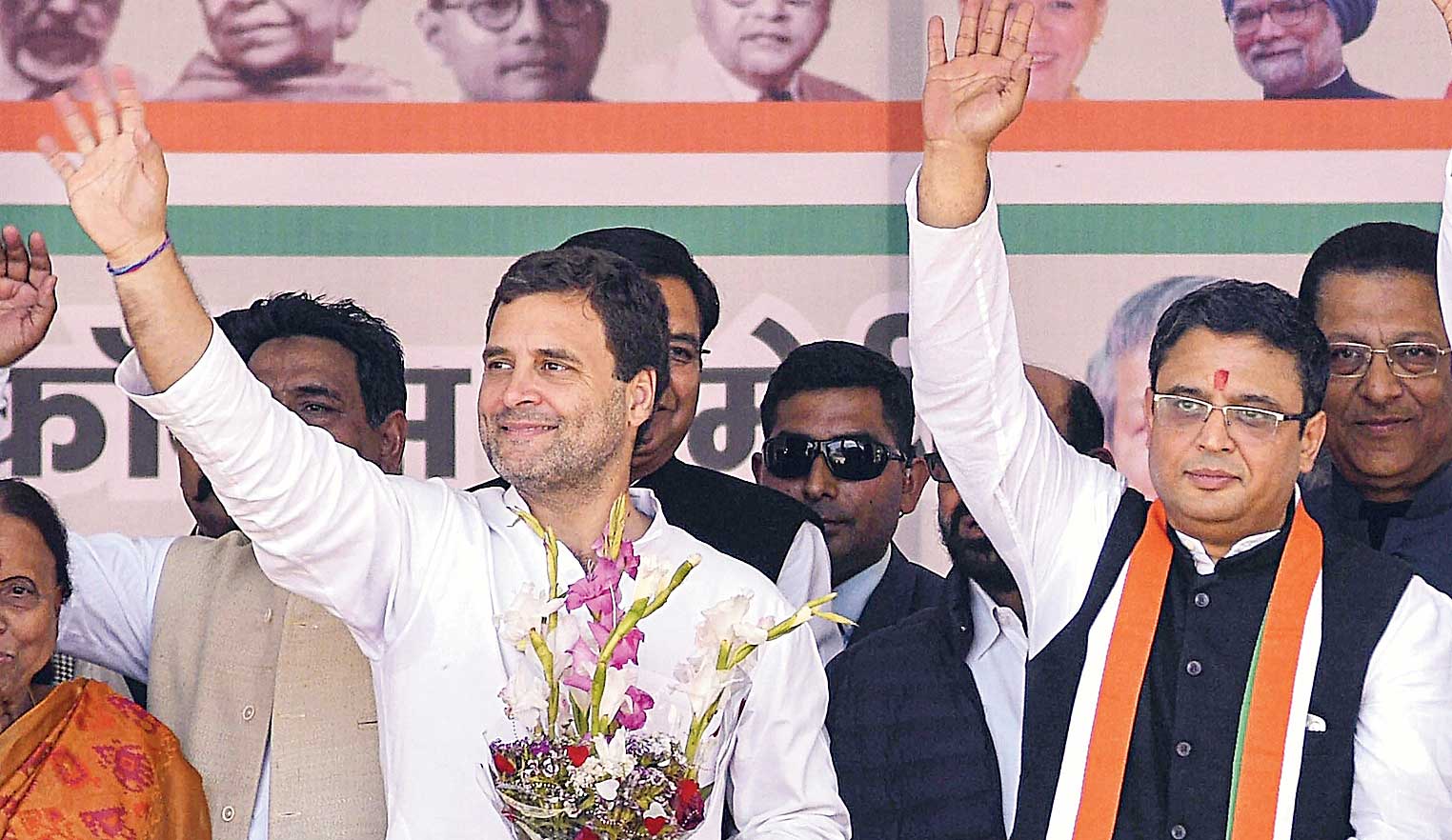 Khanduri is a retired major general who served the Indian Army from 1954 to 1990 and also participated in the 1971 India-Pakistan war. A sitting BJP Lok Sabha member from Pauri Garhwal, two-term chief minister and former Union minister, Khanduri had headed the parliamentary standing committee on defence till September 2018.

His son joining the Congress, which the BJP has accused of disrespecting soldiers, bears testimony to the perceived falsehood of the post-Pulwama propaganda.

The BJP’s Uttarakhand unit president, Ajay Bhatt, and chief minister Trivendra Singh Rawat visited Khanduri’s residence in New Delhi on Friday night and tried to persuade him to contest the Pauri Garhwal seat and stop his son from joining the Congress. But the veteran was in no mood to oblige the party that is said to have ill-treated him for the past five years.

While Khanduri, a five-term MP, was not made a minister in the Narendra Modi government on the ground that he had crossed the 75-year threshold the party has set for poll contests, his daughter Ritu, an MLA in Uttarakhand, was denied a ministerial berth in the state.

Khanduri on Saturday told news agency ANI after his son joined the Congress: “He’s an educated young man. He’ll go wherever he wants. I fail to understand why questions are being raised. It’s not that he has to follow me everywhere. I contributed to the BJP, not he. He was never in the BJP.”

The BJP, too, shrugged off the development, saying Manish was not a party member.

Khanduri’s constituency — Pauri-Garhwal — is strategically and politically significant as it borders China and veterans such as H.N. Bahuguna had represented it in the past. It is being claimed that national security adviser Ajit Doval’s son Shaurya has set his sights on the prestigious seat.

The Congress could field Khanduri’s son from the seat. Manish had been a journalist in Delhi before moving to the US where he spent 10 years.

He returned a few years ago and had been gearing up for his political debut. His father’s disenchantment with the Modi regime facilitated his decision to embrace the Congress, which is struggling in Uttarakhand after its entire frontline leadership defected to the BJP.

Rahul didn’t lose a minute after welcoming Manish into the party fold at a public rally in Dehradun.

“You know why Manish is here? His father, who spent his life in the Indian Army, had raised some pertinent questions about the welfare and preparedness of the military. He spoke the truth. Modi removed him from the (defence) committee because there is no place for truth in the BJP. Khanduri had committed no mistake but asking for better equipment and facilities for soldiers was not tolerated,” Rahul said.

He questioned the Prime Minister’s commitment, saying: “Modi talks of patriotism the whole day. But when the Pulwama attack happened, he was shooting for a film for three-and-a-half hours at Corbett Park. He was cheerfully posing for the camera. The whole country knows about this and he still flaunts his patriotism.”