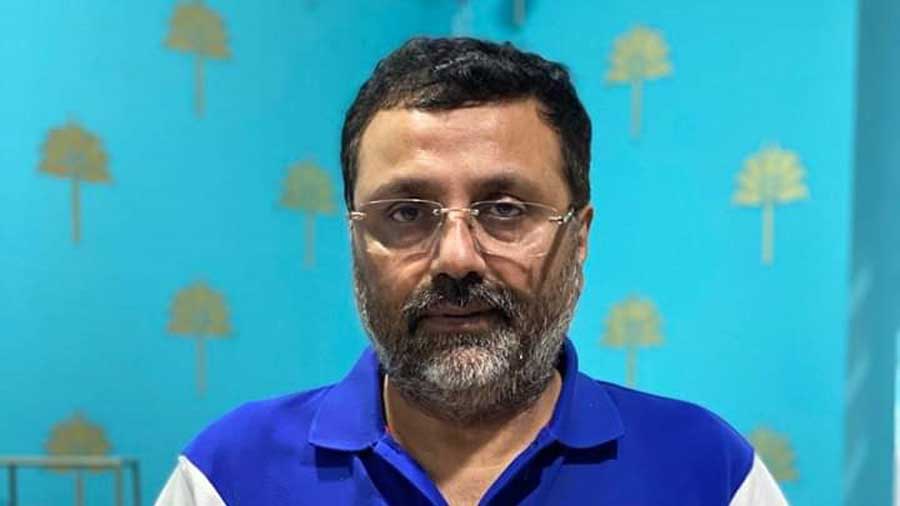 BJP MP Nishikant Dubey on Thursday raised in the Lok Sabha the issue of a TMC member allegedly calling him a 'Bihari Gunda' during a Parliamentary committee meeting.

"I want to draw attention of all members of this House. This is my 13th year as an MP and the way I was called 'Bihari Gunda' at the Parliamentary committee meeting yesterday by a woman, by Trinamool Congress, I have not seen this in my life," Dubey said, amid din in the House due to protests by opposition over Pegasus and farm bill issues.

"What is our mistake? Our mistake is in developing this country. We have worked as labourers, as Hindi-speaking people whether from Uttar Pradesh or Madhya Pradesh... we have worked hard. We have learnt sessions from Lord Ram," Dubey said.

However, Dubey did not name the TMC member.

As Dubey was speaking, Rajendra Agrawal, who was chairing the proceedings, adjourned the House till 12:30 pm.

As the House reassembled at 12:30 pm, Minister of State for Parliamentary Affairs Arjun Ram Meghwal urged the Chair to allow Dubey to complete the issue he was raising before the House got adjourned.

However, Agrawal called for papers to be laid on the table.

The meeting of the Parliamentary Standing Committee on Information and Technology, chaired by Congress MP Shashi Tharoor, on Wednesday was set to question government officials on the Pegasus spyware issue.

However, the meeting was postponed due to lack of quorum.

Even though the meeting did not take place, the gathering of BJP and opposition party members witnessed drama.

Dubey, in a tweet on Wednesday tagged TMC supremo and West Bengal Chief Minister Mamata Banerjee, and alleged that Moitra's comments show her party's attitude towards the people of Bihar and the Hindi-speaking parts of the country.

Moitra denied the charge, saying Dubey was not even present for the meeting.