Grouses mentioned in the letter include 'thefts, cattle theft and cow slaughter' 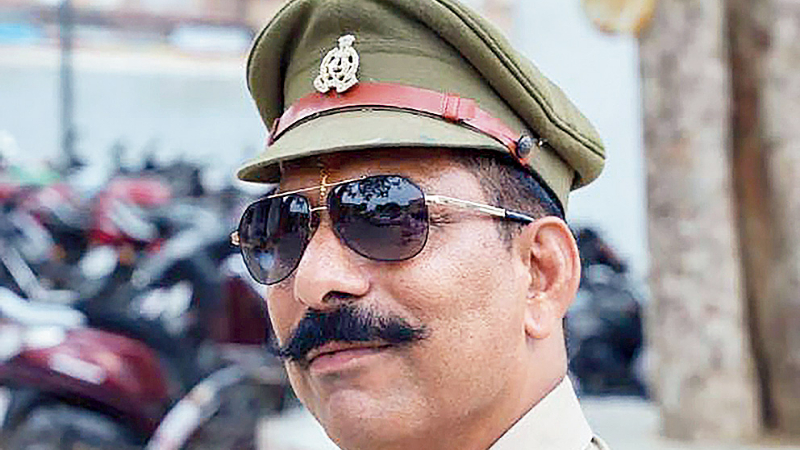 Subodh Kumar Singh, the police officer killed on Monday in an attack linked to alleged cow-slaughter in Bulandshahr, had angered local BJP functionaries who wrote to their MP in September seeking his transfer.

Grouses mentioned in the letter include “thefts, cattle theft and cow slaughter”.

“Subodh Kumar, Syana (police) inspector-in-charge, behaves badly with the people. Thefts, cattle theft and cow slaughter are on the rise. Hurdles have been raised before Hindus’ religious programmes,” reads the letter, handwritten in Hindi. “This has angered Hindus. The officer should be transferred immediately and a department inquiry started against him.”

Subodh’s wife and son have said he constantly received threat calls ever since he investigated, during his previous posting, the September 2015 lynching of Mohammed Akhlaque by cow vigilantes near Delhi. Subodh was transferred within weeks, and all the 17 suspects he had booked are out on bail.

Bhola Singh, Bulandshahr MP from the BJP, said he had received the letter from his party officials and “forwarded it to senior police officers”. Krishna Bahadur Singh, district SSP, said he didn’t know of any such letter.

“We too had lodged a complaint with the government against Subodh because cow slaughter had increased during his tenure,” said Prem Pal Singh, the Bulandshahr Bajrang Dal chief, at a news conference he jointly held with Meerut VHP leader in Bulandshahr on Thursday.

A crowd of Sangh parivar supporters and others had attacked the police on Monday after the carcasses of 25 cows were found in a field, with Subodh and a young bystander dying in the crossfire.