The two parties, forming the Grand Alliance, will participate in the negotiations in Delhi on Monday evening and Tuesday ahead of the Bihar Assembly elections 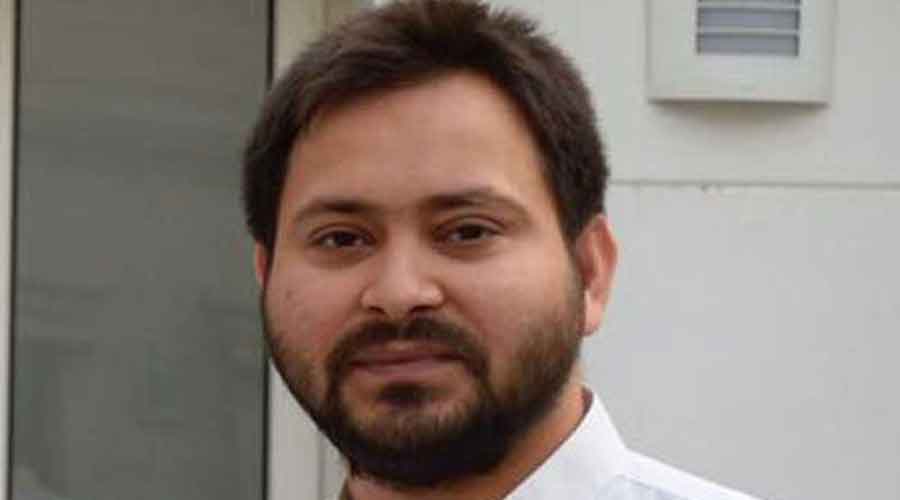 The Rashtriya Janata Dal is willing to spare maximum 63 seats for its Grand Alliance partner Congress. It is also trying to dump the seats it has never won on the Grand Old Party.

The Congress is peeved over the RJD move and these issues will be among the major bones of contention as the two parties sit across the table for the first time in Delhi on Monday evening and Tuesday to negotiate seat-sharing for the forthcoming Bihar Assembly elections.

Senior leaders from both the parties will participate in the negotiations. While RJD leader Tejashwi Prasad Yadav is expected to attend it, Rajya Sabha member Ahmad Patel will lead the Congress team.

“The talks are in the final phase but the RJD is willing to spare just 63 seats for us. It is also trying to dump weak seats on our party. These are seats that it has either never won, or has failed to retain in the last few elections. We are a national party and this is unacceptable to us,” a senior Congress leader told The Telegraph on the condition of anonymity.

These ‘weak’ seats include four seats in the state capital, Mokama, Danapur, Bagaha, Chanpatia, Belsand, Hayaghat, Kalyanpur, Muzaffarpur town, Sheohar, Gaya town, Purnea town, a couple of seats in Nalanda district and elsewhere. The BJP has successively won many of these seats.

Of the total 243 seats in the Bihar Legislative Assembly, the Congress contested 41 in the 2015 state polls and won 27 as part of the then Grand Alliance with RJD and chief minister Nitish Kumar’s Janata Dal United (JDU), which fought on 101 seats each and emerged victorious on 80 and 71 seats, respectively. The alliance went on to form the government.

This time the JDU is not a part of the Grand Alliance, leaving 101 seats to be redistributed. But then, several other parties like the Rashtriya Lok Samta Party, Vikassheel Insan Party, Jharkhand Mukti Morcha, Nationalist Congress Party, CPI, CPM and CPI-ML, want to contest under the alliance umbrella.

Asked about the scenario Congress spokesperson and former MLA Harkhu Jha said: “There is progress in the seat-sharing negotiations. Some delay is happening, but that is due to the presence of many smaller parties and the attempts to adjust the seats among them. However, the deal will be announced soon.”

The negotiations will be done on this basis.

State Congress legislature party leader and Kahalgaon MLA Sadanand Singh asserted, “The high command will honour the sentiments of party workers and leaders who want to contest on more seats. This will boost the enthusiasm among our rank and file. I believe it will also focus on the need to make our party stronger in future.”

Meanwhile, the RJD evaded questions on the basis on which seat sharing would happen, and whether the talks have hit a hurdle due to disagreement over the number of seats.

“Seats are not important in the Grand Alliance. The focus is on how to win the elections and dislodge the NDA government in the state. There is no disagreement on seats. Winnability will be the foremost criteria for the distribution of Assembly constituencies,” RJD spokesperson Mritunjay Tiwary told The Telegraph.

The seat sharing deal in the Grand Alliance is expected to be announced later this month.