The BMC had cracked down on her, saying that norms such as compulsory wearing of masks and social distancing were not followed during her birthday celebration on the office premises 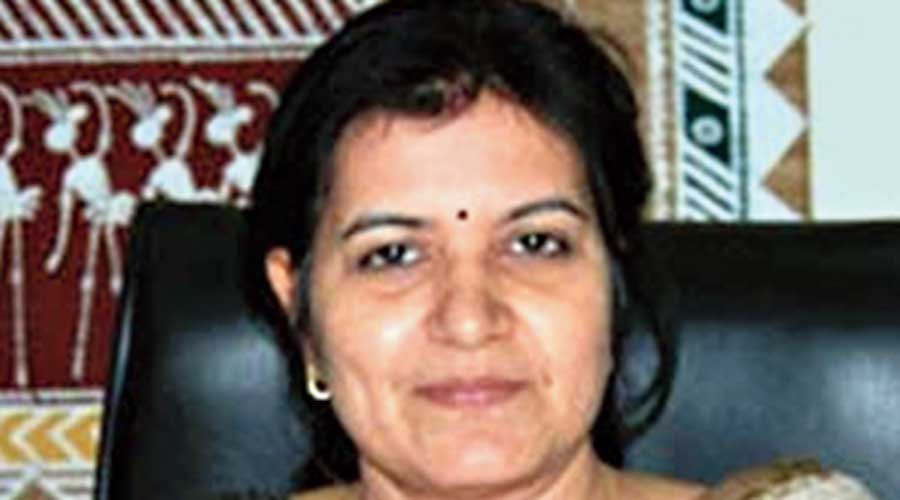 Bhubaneswar BJP MP Aparajita Sarangi has threatened to file a defamation case against municipal corporation authorities for sealing her office after accusing her of violating Covid-19 guidelines during her birthday celebrations on its premises on October 7.

The IAS-turned-politician’s threat came soon after the Bhubaneswar Municipal Corporation (BMC), which had shut down her office on October 10 and said it would remain closed for 15 days, re-opened it on Saturday. The municipal body’s decision to lift the curbs against the MP earlier is being seen as a moral victory for Sarangi who quit the Indian Administrative Service to join the BJP ahead of the last elections. She won the Bhubaneswar seat, widely perceived to be a Biju Janata Dal bastion, against all odds.

The BMC had cracked down on her, saying that norms such as compulsory wearing of masks and social distancing were not followed during her birthday celebration on the office premises.

Unfazed by the civic body’s action, Sarangi had accused the ruling BJD led by chief minister Naveen Patnaik of violating Covid guidelines and demanded closure of its city office.

She wrote a long letter to the chief minister citing instances of Covid guideline violations by BJD leaders and attached 17 photographs as proof. Her aggressive posture pushed the government on the back foot. The MP also continued with her mass-contact programme, hearing the grievances of the people on the roadside with her supporters. As the issue snowballed into a major controversy, the municipal authorities decided reopen her office as a damage-control exercise.

“This has been done with a malicious intent, contrary to the spirit of law, and is in clear violation of the provisions contained in the law. This has caused me pecuniary hardship, mental agony and has been done with the intent to malign my image before the society. I reserve my right to claim adequate compensation from BMC for such excessive use of authority beyond its jurisdiction, to initiate defamation proceeding and to initiate such other legal proceeding as may be suitable,” Sarangi said in her letter.

Sarangi also cited an order of the health and family welfare department, which states that there is no need to close an office building or halt work in other areas of an office after the detection of a Covid case and that work can resume after disinfection according to the laid-down protocol.

However, if there is a large-scale outbreak, an entire building will have to be closed for 48 hours after thorough disinfection. All the staff attached to the office will be asked to work from home till the building is disinfected.

“When the health and family welfare guideline itself suggests a maximum closure period of 48 hours in case of a large outbreak of coronavirus cases, I am wondering about the authority and provision under which the BMC decided to seal my office premises for 15 days when there has not been a single case of Covid in my office-cum-residence,” said the MP.

Sarangi added that she had checked the penal provisions under the Disaster Management Act, the Epidemic Act and Section 188 of the IPC. “Neither the Act nor any regulation made under this Act empowers BMC to seal a private person’s office-cum-residence for 15 days,” she said.