The freezing of the NGO's accounts by the Enforcement Directorate had brought all its work across the country to a halt, forcing the organisation to press the pause button on ongoing campaign and research work 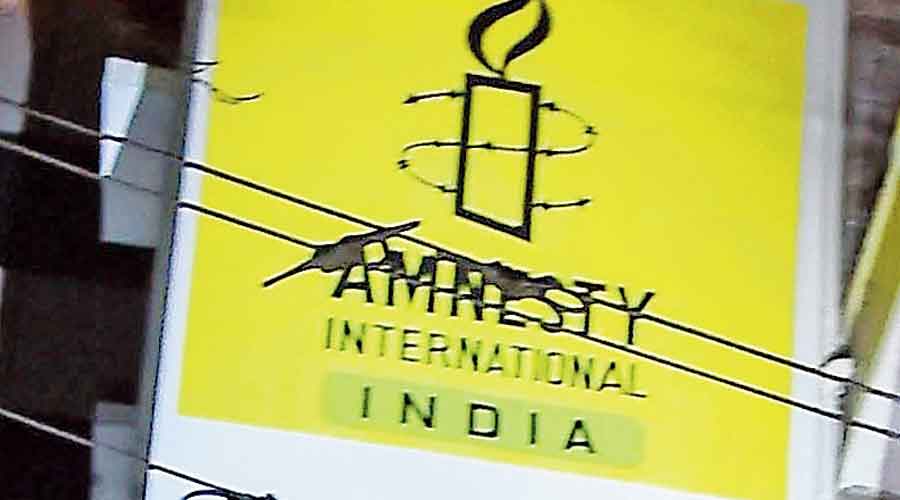 Amnesty International, the Nobel Peace Prize-winning human rights organisation, on Tuesday announced the closure of its offices in India after all its accounts here were frozen — a step the non-profit has described as “the latest in the incessant witch-hunt” by the Narendra Modi government — but vowed not to be silenced.

The freezing of Amnesty’s accounts on September 10 by the Enforcement Directorate had brought all its work across the country to a halt, forcing the organisation to let go of staff and press the pause button on ongoing campaign and research work.

A month before the accounts were frozen, Amnesty had come out with two reports — one to mark the first anniversary of the change in status of the erstwhile state of Jammu and Kashmir and another coinciding with six months of the Delhi riots. Both were critical of the Modi government, with the report on the riots also alleging human rights violations by Delhi police that report to the Union home ministry.

“The continuing crackdown on Amnesty International India over the last two years and the complete freezing of bank accounts is not accidental. The constant harassment by government agencies including ED is a result of our unequivocal calls for transparency in the government, more recently for accountability of the Delhi police and the Government of India regarding the grave human rights violations in Delhi riots and Jammu & Kashmir. For a movement that has done nothing but raise its voice against injustice, this latest attack is akin to freezing dissent,” Amnesty International India’s executive director, Avinash Kumar, said in the statement announcing the closure.

The Union home ministry, in a statement, dismissed the allegation of witch-hunt and said that successive governments had rejected Amnesty’s repeated applications for permission to receive foreign funds.

“This bipartisan and purely legal approach towards Amnesty, under different governments, makes it clear that the entire fault lies in the dubious processes adopted by Amnesty to secure funds for its operations,’’ the ministry said.

The organisation is free to continue humanitarian work in India provided it does not interfere in domestic political debates “by entities funded by foreign donations”, it added.

The Amnesty statement said the closure of its offices was “not the end of Amnesty India’s commitment to human rights, we will not be silenced by the attacks of the government”.

Expressing solidarity, Greenpeace India — another NGO that came under fire from the Modi government — said: “Disagreement and criticism of the policies of the state are the basic ethos of a functioning democracy. We won’t be better off by shutting individuals and organisations that differ with the government views. It is unfortunate to learn that Amnesty has to halt its India operations and let go of all their staff.’’

The home ministry statement said Amnesty International had received permission under the Foreign Contribution (Regulation) Act (FCRA) only once, in 2000.

The home ministry statement said: “Since then Amnesty International, despite its repeated applications, has been denied FCRA approval by successive governments since as per law it is not eligible to get such an approval. However, in order to circumvent the FCRA regulations, Amnesty UK remitted large amounts of money to four entities registered in India, by classifying it as Foreign Direct Investment (FDI). A significant amount of foreign money was also remitted to Amnesty (India) without MHA’s approval under FCRA.

“This mala fide rerouting of money was in contravention of extant legal provisions. Owing to these illegal practices of Amnesty, the previous government had also rejected the repeated applications of Amnesty to receive funds from overseas.”

The CBI had alleged that these entities had violated the FCRA and the Indian Penal Code by receiving foreign contributions from Amnesty International UK through AIIPL even though prior registration or permissions were denied to Amnesty International India Foundation Trust and other trusts under the FCRA.

Amnesty said it was in full compliance with all applicable Indian and international laws, insisting that for human rights work in India it operated through a distinct model of raising funds domestically. More than four million Indians have supported Amnesty International India’s work in the last eight years and around 100,000 Indians have made financial contributions.

“These contributions evidently cannot have any relation with the Foreign Contribution (Regulation) Act, 2010. The fact that the government is now portraying this lawful fundraising model as money-laundering is evidence that the overbroad legal framework is maliciously activated when human rights activists and groups challenge the government’s grave inactions and excesses,’’ Amnesty said in its statement.

The donation link on Amnesty International India states: “We only depend on supporters like you — powered 100% by Indians! We don’t accept money from corporate, governments, or political organisations to ensure we can fight for the rights of all — freely and fairly.”

According to Amnesty, it has been in the line of fire since 2018 when it was first raided by the ED, following which the income tax department began sending “investigative letters” to its small regular donors, creating a chilling effect and affecting funding campaigns.

It described the freezing of accounts as “the latest in the incessant witch-hunt of human rights organisations by the Government of India over unfounded and motivated allegations”.

The Modi government has been cracking down on NGOs from its first year in office. Among the earliest prominent organisations to feel the heat was the Ford Foundation, which subsequently had to register its India office under the FEMA Act. Greenpeace also had its accounts frozen for alleged violation of the FCRA following which it shut down two of its offices in India and laid off staff.