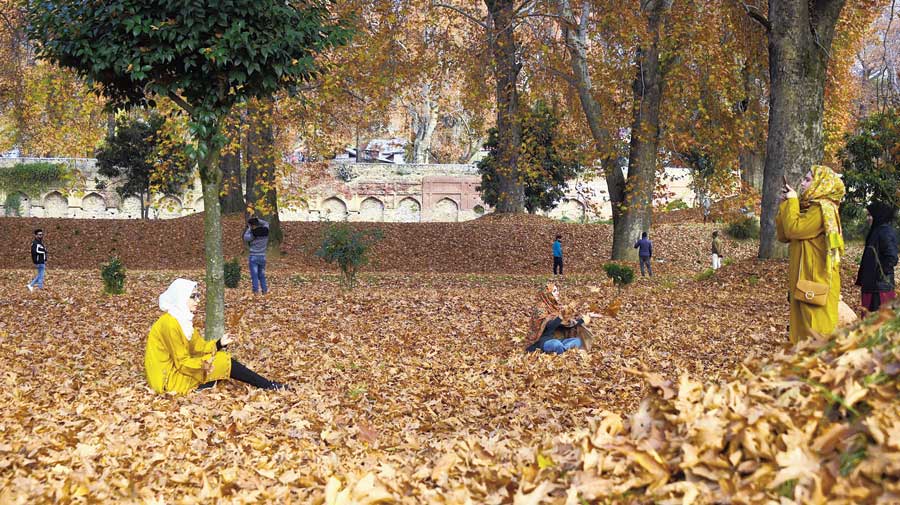 Union home minister Amit Shah on Tuesday used the phrase “Gupkar Gang” to describe the seven-party alliance fighting for the restoration of Article 370, insinuating that it was “anti-national” and attacked the Congress for joining hands with it.

“The Gupkar Gang is going global! They want foreign forces to intervene in Jammu and Kashmir. The Gupkar Gang also insults India’s Tricolour. Do Sonia Ji and Rahul Ji support such moves of the Gupkar Gang? They should make their stand crystal clear to the people of India,” Shah said, issuing a series of tweets.

Shah’s offensive comes two days after the Congress decided it would have a tie-up with the alliance for the maiden District Development Council polls beginning on November 26. The Congress has not formally joined the alliance, which calls itself the People’s Alliance for Gupkar Declaration. The National Conference and the Peoples Democratic Party are its lead players.

“Jammu and Kashmir has been, is and will always remain an integral part of India. Indian people will no longer tolerate an unholy ‘global gathbandhan’ against our national interest. Either the Gupkar Gang swims along with the national mood or else the people will sink it,” the home minister said in another tweet.

This triggered a war of words, with former chief ministers Omar Abdullah and Mehbooba Mufti unsparing in their response.

“I can understand the frustration behind this attack by the Home Minister. He had been briefed that the People’s Alliance was preparing to boycott elections. This would have allowed the BJP and newly formed king’s party a free run in J&K. We didn’t oblige them,” Omar tweeted.

“We are not a ‘gang’ Amit Shah ji, we are a legitimate political alliance having fought and continuing to fight elections, much to your disappointment.”

The grapevine in Jammu and Kashmir is that the Centre announced the DDC polls, thinking that the alliance would boycott these in protest against the scrapping of Article 370 and the BJP would get the advantage.

But the alliance surprised many when it decided to contest the elections. The decision has also angered many in Jammu and Kashmir who were expecting them to follow in the footsteps of pro-azadi leaders.

Omar further said: “Only in J&K can leaders be detained & called anti-national for participating in elections & supporting the democratic process. The truth is all those who oppose the ideology of the BJP are labelled ‘corrupt & anti-national’.”

Mehbooba Mufti, once an ally of the BJP, hit back, tweeting: “Old habits die hard. Earlier BJP’s narrative was that the ‘tukde tukde’ gang threatened India’s sovereignty and they are now using ‘Gupkar Gang’ euphemism to project us as anti nationals. Irony died a million deaths since its BJP itself that violates the constitution day in and day out.”

She also wrote: “Fighting elections in an alliance is also anti-national now. BJP can stitch as many alliances in its hunger for power but somehow we are undermining national interest by putting up a united front.”