Ahead of Donald Trump visit, Motera gate falls in wind 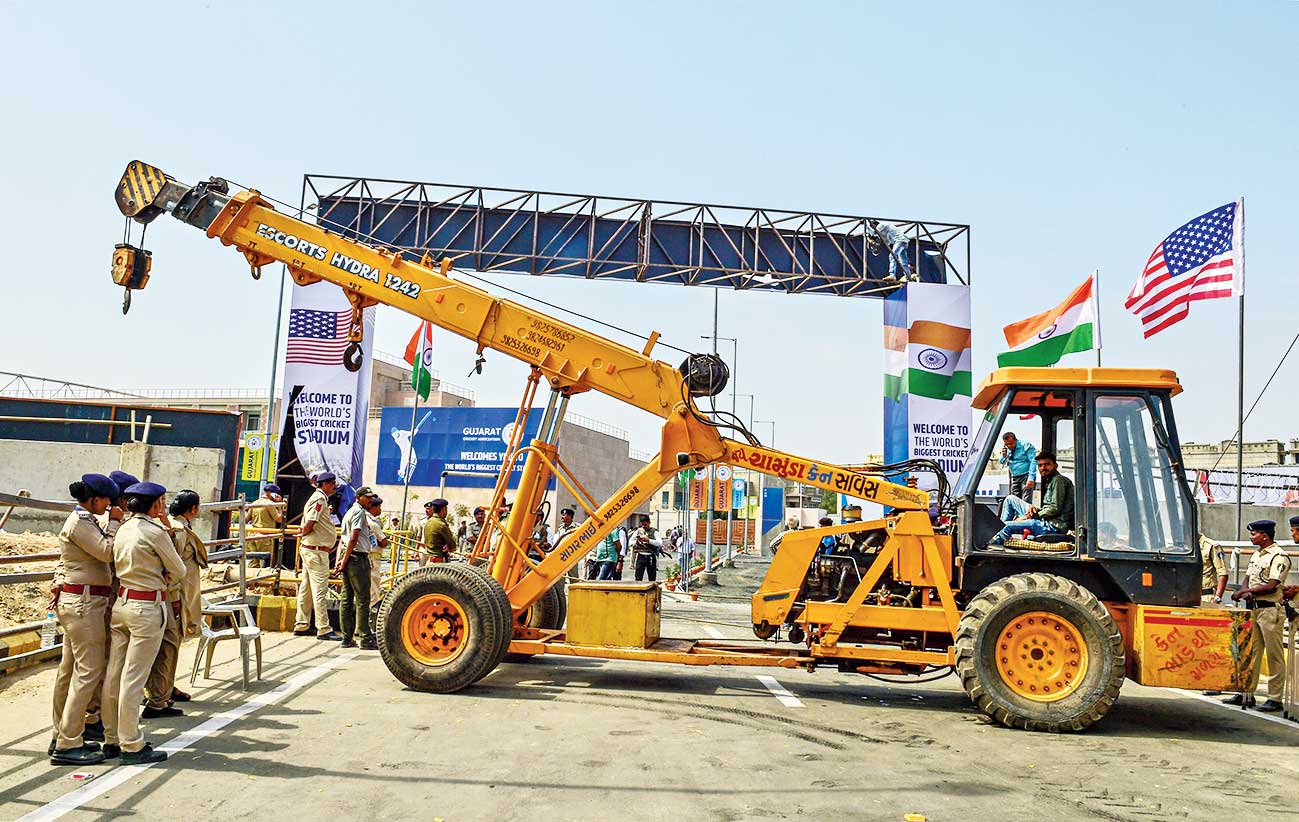 A makeshift VVIP entry gate erected outside the newly built cricket stadium in Motera collapsed because of gusty winds on Sunday, a day before US President Donald Trump’s scheduled arrival.

The incident was recorded by a bystander and aired on local TV channels.

The makeshift entry gate was made of welded steel rods and covered in flex banners.

After some time, a portion of another makeshift gate structure at the stadium’s main entrance also collapsed in the wind, another official said.

No one was injured in both incidents and work was underway to put the structures back in place, he said.

“The (VVIP) entry gate collapsed when fabrication work was going on. It was not a major incident. No one was injured in the incident,” said special commissioner of police, crime branch, Ajay Tomar said.

President Trump and Prime Minister Narendra Modi will participate in a roadshow in Ahmedabad on Monday and later address the Namaste Trump event at the Sardar Patel Stadium in Motera where over one lakh people are expected to be present.