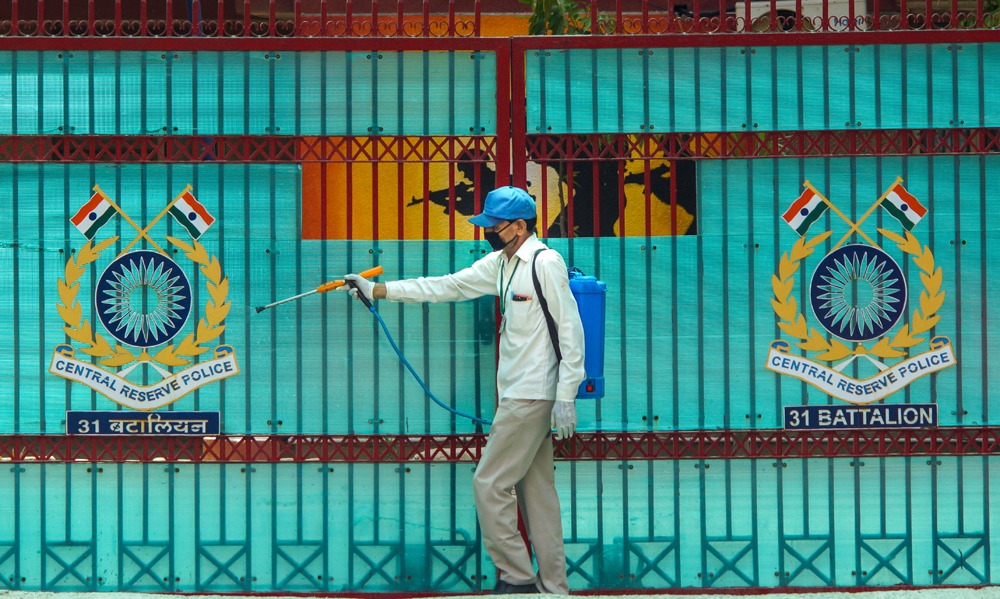 Two floors of the BSF headquarters in south Delhi’s Lodhi Road were sealed on Monday morning after a head constable posted there tested positive for Covid-19.

A day earlier, the CRPF headquarters in the same complex were sealed when a jawan, attached to the office as a bus driver, tested positive for the novel coronavirus.

Also, a BSF constable who was assigned as a driver to the inter-ministerial central team (IMCT) that recently toured Calcutta and nearby areas has tested positive, officials said. He has been admitted to an isolation facility in Bengal, the state where he was posted.

“The jawan tested positive on Sunday. Over 50 personnel who were in touch with him have been quarantined and about 20 have been tested so far. Their reports are awaited,” an official said.

He said that if necessary, the IMCT members — central bureaucrats — would also be quarantined.

The infections in the CGO Complex in Lodhi Road have alarmed the central paramilitary forces as most of their headquarters are located on the premises. The complex also houses several government offices.

A BSF statement on Monday said the head constable had tested positive on Sunday. He had last attended his office, on the second floor of the headquarters building, on May 1.

“The first and second floors of the eight-storey building have been closed as a precaution. All drills for sanitisation are being undertaken and contact-tracing is under way. Only the bare minimum staff are working,” an official said.

“The headquarters had earlier been closed on Friday morning as a precaution and the entire office complex was thoroughly sanitised with prescribed solutions of disinfectants. The two floors were sealed today (Monday) after a staff member tested positive.”

The official said that everyone who had come in contact with the infected head constable had been identified and quarantined. All of them are being tested for the virus.

So far, 54 personnel in the BSF have tested positive for Covid-19. The force, which has 2.5 lakh personnel, mainly guards the borders with Pakistan and Bangladesh apart from performing a variety of internal security duties.

As many as 135 of the 480 personnel at the CRPF’s 31st Battalion have tested positive over the past two weeks. The battalion premises in east Delhi were sealed after a sub-inspector died of the infection on Tuesday. All the infected personnel are being treated at a Delhi hospital.

Thirteen personnel of the Sashastra Seema Bal, which guards the Nepal and Bhutan borders, too have tested positive.

All the paramilitary forces function under the Union home ministry.