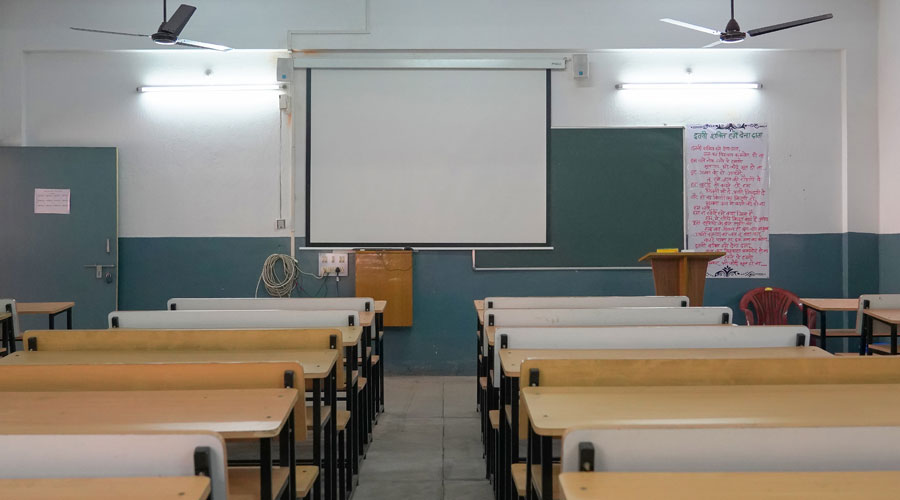 A free coaching programme for Scheduled Caste, Scheduled Tribe, minority and women students that the UPA government had started at a central university in Lucknow has been stalled for the past four years because the University Grants Commission has stopped the funding.

The Residential Coaching Academy (RCA) at the Babasaheb Bhimrao Ambedkar University (BBAU) — which coached students for competitive exams — has not received funds since 2017 and has been defunct. Its yearly licence hasn’t been renewed since April last year.

The higher education regulator has cited the university’s failure to furnish utilisation certificates for the RCA funds given before 2017.

The academy began operating in 2009 as one of five set up by the then UPA government at five central universities, including the Jamia Millia Islamia in Delhi. Jamia’s academy has been a success, with 230 of its trainees cracking the civil service exam in the past 10 years.

The academy at the BBAU provided six months’ coaching, admitting two batches every year via an entrance test. “The student response was extremely good,” said B. Hanumaiah, who was the BBAU vice-chancellor when the academy was set up.

Two assistant professors taught at the academy, which had its own building and a hostel for 100 male students. Till March 2016, it trained over 400 students, of whom 54 cleared various competitive exams.

Trouble started when the university failed to present its progress report (on various academic activities) to the UGC in 2016. Two teachers alleged that the BBAU had diverted funds meant for the coaching academy to the construction of a canteen and a parking lot.

The following year, the UGC stopped the RCA grants after the university failed to furnish utilisation certificates.

Yuvana Satya Priya and Mahadeva A, then assistant professors at the academy, wrote to President Ram Nath Kovind in December 2017 saying the RCA was a victim of “sabotage” and seeking his intervention.

They blamed then vice-chancellor R.C. Sobti and then RCA director Ram Chandra for the mess, and alleged the university had “neglected” the academy and was trying to finish it off. They also alleged funds diversion. The letter brought no results. Mahadeva left the university in 2018.

Ram Chandra said he had not received any UGC letter seeking the progress report for 2016. He said no fund diversion had happened in his tenure. Sobti denied involvement in any funds diversion and said the RCA progress report was not his responsibility.

Basant Kanaujaya, a PhD student at BBAU, said the mass communication department was now using the RCA building since the coaching academy was defunct. “Since it was meant for SCs, STs and minorities, nobody bothers about the RCA. In 2019, the RCA advertised student admissions and held an entrance test but nobody was admitted,” he said.

N. Sukumar, a political science professor with Delhi University, said the regulator should not have stopped the RCA’s funds. “If there were any issues with funds utilisation, the UGC should have conducted an inquiry. The UGC seems to have decided to stop the funds because the RCA was serving the SCs and STs,” he said.

An email sent to the UGC chairman on November 2 seeking the reasons for stopping the funds is unanswered.

An email to current vice-chancellor Sanjay Singh, seeking a reaction to charges that the university had neglected the RCA’s possible revival, brought a response from registrar S. Victor Babu. His answer suggested there was precious little movement for four years, till January this year.

“After receiving letter from UGC on utilisation certificate (UC) in January 2021 for the remaining amount of Rs 32.61 lakh, the university is in the process of preparing the UC for the said amount. As there is no mismanagement of the funds, hence there is no need of any enquiry,” Babu wrote.

He did not explain why the utilisation certificate could not be submitted in the 10 months since the letter arrived.

“After submitting the UC to UGC and subsequent sanction of extension (licence renewal) and release of grants by UGC, the university will initiate the admission process,” Babu wrote.