4,000 wheat-laden trucks stranded at Gujarat port due to export ban

From the Deendayal Port in Kutch district, the food grain is primarily transported to African countries, Bangladesh, South Korea and Yemen 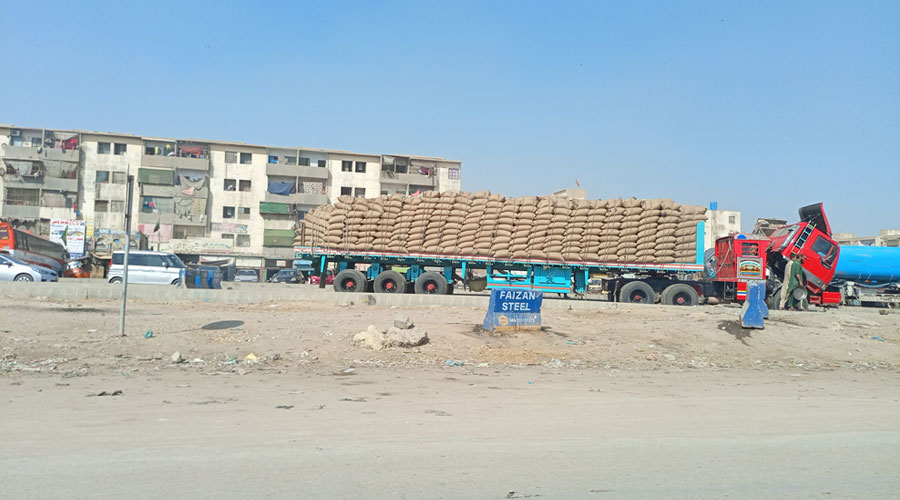 The ban on wheat export by the Centre has left at least 4,000 trucks carrying the food grain stranded outside Deendayal Port at Kandla in Gujarat for want of permission from authorities to load them into vessels, port and industry officials said on Tuesday.

A three-day holiday last weekend (Saturday, Sunday and Monday) at the Directorate General of Foreign Trade (DGFT) has kept four vessels berthed at the port awaiting additional permission to load following the ban notified on May 13, they said.

From the Deendayal Port in Kutch district, wheat is primarily transported to African countries, Bangladesh, South Korea and Yemen.

"Around 4,000 trucks carrying wheat from Madhya Pradesh, Punjab, Maharashtra and some other states are parked outside the Kandla port since the last three to four days, awaiting loading due to uncertainty caused by the sudden ban on export by the Centre," said Teja Kangad, president of the local Gandhidham Chamber of Commerce and Industry.

Compounding the problem was the extended three-day holiday at the DGFT on Saturday, Sunday and Monday, due to which four vessels berthed at the port to export wheat were left awaiting additional permission from the DGFT for Customs clearance after the export ban notification, he said.

Meanwhile, the port and local administration and the Gandhidam industry body have arranged for food for around 7,000 to 8,000 drivers and cleaners of these stranded trucks, Kangad and an official of the Deendayal Port Administration said.

"We believe that nearly 20-25 lakh tonnes of wheat has been lying at the Kandla port godowns, complex, and trucks and vessels awaiting clearance," Kangad said.

Officials of the Deendayal Port administration said an effort is being taken to ease the situation.

Of the four vessels berthed at the port, one, called 'Mana', was granted permission on Tuesday to load the remaining 17,160 tonnes of wheat and allowed to sail to its destination in Egypt, they said.

The three other vessels are still stuck awaiting clearance from the authorities to load the remaining wheat and sail to their respective destinations, the Deendayal Port administration's spokesperson Om Prakash Dadlani said.

"The approvals for the remaining three vessels are in process and will be completed in time," he said.

Three out of the four vessels were scheduled to sail on May 15, but the ban on wheat export has caused the delay, Dadlani said.

"With the DGFT issuing clearance, trucks have started moving to the port, and the situation has started easing," he said.

Last week, the Commerce Ministry imposed a ban on wheat export with immediate effect, amid concerns over the impact on production due to scorching heat and to control the domestic prices of the food grain.

The Centre has said that apart from meeting the food grain requirements of neighbouring and vulnerable countries, the decision will help control the retail prices of wheat and flour, which have risen by an average of 14 to 20 per cent in the last one year.