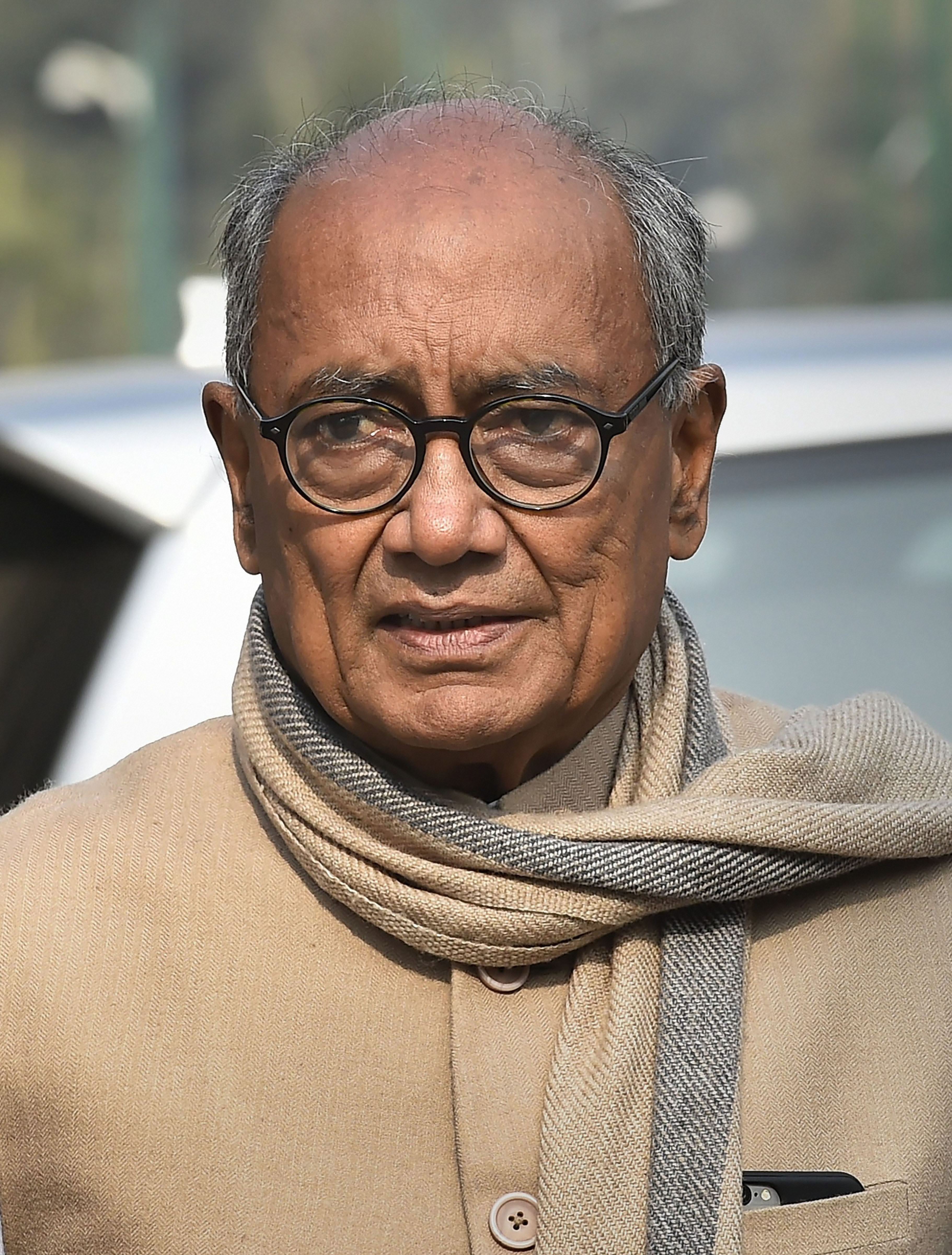 Thirteen of the 22 rebel MLAs in Madhya Pradesh have given an assurance that 'they are not leaving the Congress,' senior party leader Digvijaya Singh said on Thursday while expressing confidence that the Kamal Nath-led government in the state will win a floor test.

'We are not keeping quiet. We are not sleeping,' Singh told PTI, a day after Congress leader Jyotiraditya Scindia quit the Congress and 22 MLAs submitted their resignations from the assembly in Madhya Pradesh.

As uncertainty grew over the future of the Congress government in the state, pushed to the brink of collapse, Singh said nobody anticipated that Scindia, a former Union minister and four-time Lok Sabha MP, would quit the party.

'We did not anticipate that Scindia will quit the Congress... that was a mistake,' Singh said.

He added that Scindia was offered the post of Madhya Pradesh deputy chief minister but wanted his nominee. However, Kamal Nath refused to accept a 'chela', he said.

Scindia, Singh said, could have been a Congress nominee to the Rajya Sabha but 'only Modi-Shah' can give a Cabinet post to the 'over-ambitious' leader.

The senior leader also claimed that Scindia was roped in by the BJP after Shivraj Singh Chouhan failed to topple the Cong government in Madhya Pradesh. He alleged that the MLAs were offered a huge amount of money.

Scindia is likely to join the BJP in the presence of party president J P Nadda.

The Congress has a wafer thin majority in the 228-member Assembly. Before the rebellion, its tally was 114. It also has the support of four Independents, two BSP MLAs and one from the SP, but some may now switch sides to the BJP.

If the resignations of the 22 MLAs are accepted, the strength of the Assembly will fall to 206. The Congress, on its own, will then be left with 92 seats while the BJP has 107 seats with the magic number for a majority being 104.