Keep moving. The more you move during the day, the better you rest at night 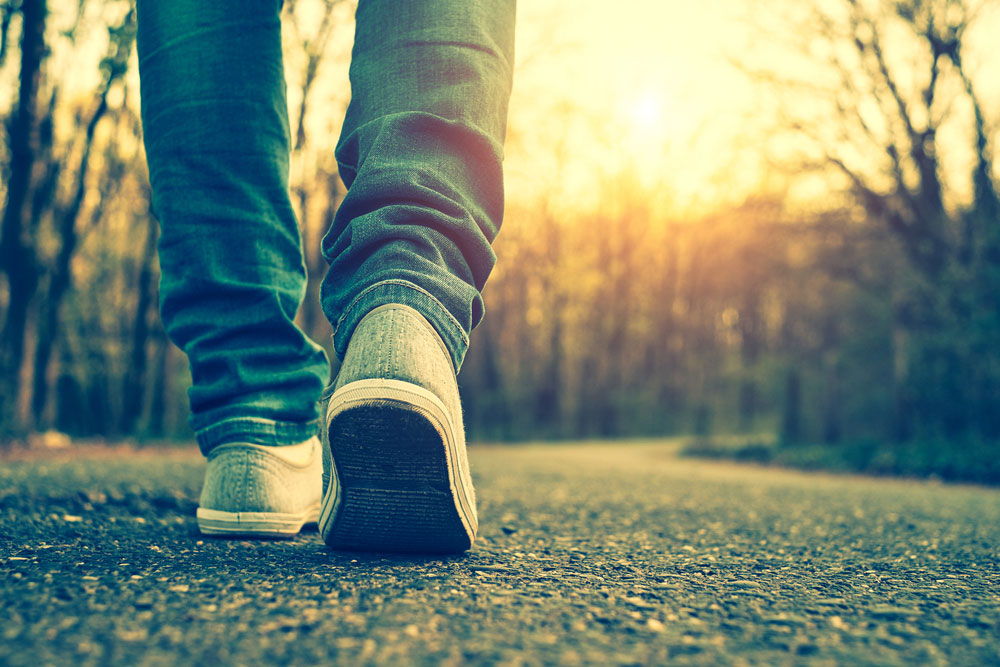 Sleep and exercise scientists have long been intrigued by the ties between physical activity and somnolence. To most of us, it might seem as if that relationship should be uncomplicated, advantageous and one-way. You work out, grow tired and sleep better that night.
(Shutterstock)
Gretchen Reynolds/NYTNS   |     |   Published 26.11.19, 09:37 PM

Taking more steps during the day may be related to better sleep at night, according to a new study of lifestyle and sleep patterns. The study, which delved into the links between walking and snoozing, suggests that being active can influence how well we sleep, whether we actually exercise or not.

Sleep and exercise scientists have long been intrigued by the ties between physical activity and somnolence. To most of us, it might seem as if that relationship should be uncomplicated, advantageous and one-way. You work out, grow tired and sleep better that night.

But a variety of past studies indicate that the effects of exercise on sleep are more scrambled than that. In some studies, when people work out strenuously, they sleep relatively poorly, suggesting that intense exercise might disrupt slumber. Past research has also produced conflicting results about whether the timing of exercise matters, and if afternoon workouts aid or impair sleep.

Most of these studies focussed on planned exercise, not everyday physical activity, and much of the research involved people with clinical sleep problems. Little is known about whether just moving around more during the day, without formal exercise, might influence sleep, particularly in people who already tend to sleep well.

So, for the new study, published in Sleep Health, researchers at Brandeis University in Waltham, Massachusetts, US and other institutions decided to look into whether and how walking could be linked with sleep.

Researchers recruited 59, mostly middle-aged, men and women in and around Boston who worked full-time and were worried that they did not have enough time for physical activity. They provided these volunteers with an activity monitor and, in some cases, suggestions about how to fit more walking time into their crowded schedules. The volunteers wore the devices for a month, tracking the number of steps they took every day and the number of minutes they spent moving. Some of this activity was light, including housework.

The volunteers also completed a variety of questionnaires at the start and end of the four weeks and during each day of the study. Several of these concerned their sleep, asking them to rate its quality — how long it took them to fall asleep, how often they woke up, or how refreshed they felt the next morning — as well as its quantity, measured by when they reported going to bed and getting up. The researchers combed through the data for each of the 59 participants, focussing specifically on how much they had moved and how well they had slept, hoping to find discernible patterns.

They did. The relationships between moving and dozing turned out to be consistent and strong. In essence, the more steps people accumulated over the course of the month, the higher their self-rated sleep quality. Ditto when the researchers looked at the number of minutes they had spent moving; the more time someone was in motion, the better they rated their sleep.

“I think it’s fair to say” that these results indicate that people who move more also sleep better, says Alycia Sullivan Bisson, a graduate student in psychology at Brandeis, who conducted the new study with her adviser, Margie Lachman.

The average step count among the 59 volunteers was about 7,000 per day, a little more than three miles a day of walking. Covering greater ground was associated with better sleep, but even among the least active, upping their mileage a bit on some days was related to better sleep.

Of course, this kind of observational study cannot prove that more walking causes better sleep. But even with that caveat, those of us hoping for better shut-eye tonight, tomorrow and in the future might want to “incorporate more activity into our daily lives,” Bisson says.