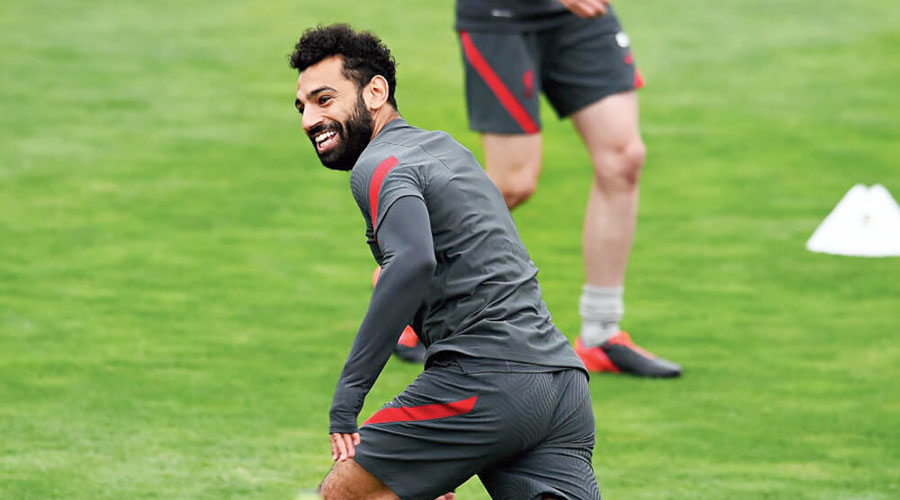 The real challenge for the defending champions would be to remain No. 1. It’s difficult to be the best, but it’s tougher to remain on top. The 30-year wait has ended but can they do an encore? Difficult but not impossible.

The key members of Klopp’s team may be ageing, but the absolute core has another couple of years before remedial work is required. After all we have seen in Barcelona that the problem starts when much of your core talent is 32 to 33, not 28 to 30. Liverpool logged 99 points last season and two less in the season before. This year they would aspire for the three-figure mark.

A mean defence is crucial for success and that’s why Virgil van Dijk, who played every minute of the title-winning campaign, remains indispensable to Liverpool. Given the lack of cover for that position, the central defender is vital to defending the title. Liverpool have strengthened their left-back cover, with Kostas Tsimikas from Olympiakos, and continue to woo Bayern Munich’s midfield maestro Thiago Alcântara. Otherwise it’s the same team with Mohamed Salah, Sadio Mane, Roberto Firmino taking their respective positions.

After back-to-back titles, the cash-rich team finished runners-up last season with an 18-point gap with Liverpool. For Pep Guardiola, the new campaign will be a chance to introspect and work on City’s weakness — their defence. City have signed Bournemouth’s Nathan Ake to bolster the back-four and are keen to get Napoli’s Kalidou Koulibaly. David Silva and a disgruntled Leroy Sané have left for new pastures, while Guardiola has drafted in young winger Ferran Torres from Valencia to fill some of the void left by Sané. After Silva’s exit, Phil Foden, one of two England players who broke the bio-bubble in Iceland, could see a huge boost in playing time.

The PFA Player of The Year Kevin de Bruyne remains the catalyst. The Belgian international admitted earlier this year that he would have been forced to think about his future had City been handed a two-year ban from European competition by Uefa. But with City getting a relief, De Bruyne has insisted he is going nowhere. Raheem Sterling should provide the goals along with Sergio Aguero.

The build-up to the new season has not been to Ole Gunnar Solskjaer’s liking. If the Harry Maguire affair was not enough, the young Mason Greenwood showed his petulance in Reykjavík. Still, United will draw strength from their brilliant performance in the latter part of last season which propelled them to third position and a Champions League berth. If they want to bid for the title, which used to be their very own till Alex Ferguson was calling the shots, United cannot afford to have another false start like they endured last season. They took a mere 10 points from their opening nine games, their worst start to a league campaign in over 30 years. Bruno Fernandes’s arrival in January bolstered the team and along with Anthony Martial, Marcus Rashford and Greenwood, the Portuguese international changed United’s fortunes.

The cynosure though remains Fernandes. Solskjaer will hope Fernandes’ energy, invention, will to win and goals remains the same. This season United seek to lure Jadon Sancho from Borussia Dortmund and if that happens, then United would be exciting to watch. Donny van de Beek’s arrival also provides quality in the midfield.

The pandemic and the subsequent economic fallout may have restrained other Premier League clubs from splurging, but it has not bogged down Russian billionaire Roman Abramovich-owned Chelsea. They have spent a whopping $259.88 million till now to bring in exciting players like Timo Werner, Kai Havertz, Hakim Ziyech and Ben Chilwell. Frank Lampard’s first full-fledged season as manager ended with the Blues finishing fourth.

The signing of two new midfielders, Havertz and Ziyech, has raised the bar for Chelsea. Werner, who scored 34 goals for RB Leipzig last season, should provide competition for Tammy Abraham and Olivier Giroud.

Leicester’s form nose-dived in the second half of last season — they won just four of their last 17 matches — which saw them missing out on a Champions League berth on the final day of the term. So it will be just to say the new season will be determined by how good they are in the transfer market which is open till October 5.

Arsenal’s previous season saw a lot of hits and misses, as the team finished eighth. With Mikel Arteta’s new plan and with the expectation of the return of playmaker Mesut Ozil, Arsenal will get an equal ground to prove themselves. Talking about north London’s other famous side, under the leadership of Jose Mourinho, Tottenham Hotspur will also look at moving forward and bring some silverware to White Hart Lane.

Making a comeback to the Premier League for the first time in 16 years, it will be a baptism of fire for Leeds United. They are up against Liverpool on Saturday. Under Marcelo Bielsa, Leeds have transformed from a side stuck in the Championship to one playing vibrant football. Spain international Rodrigo has arrived from Valencia and is expected to suit Bielsa’s style of play.

They finished seventh last season but with a bit of luck could have finished a spot higher. That would have meant European competition for one more season. Raul Jimenez and Adam Traore are still there, but Matt Doherty has left for White Hart Lane. Fernando Marcal has arrived from Lyon and it remains to be seen how Nuno Espirito Santo performs with a small squad.