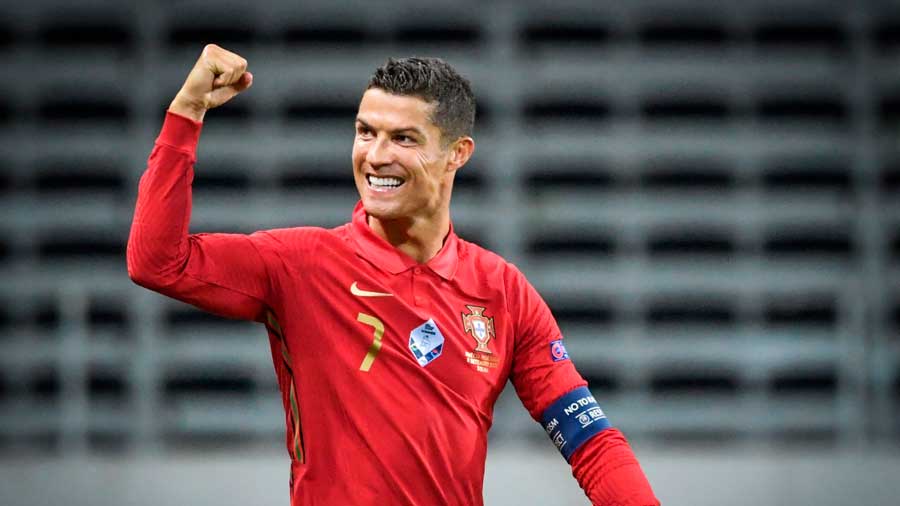 Cristiano Ronaldo has set his sights on Ali Daei’s record of 109 international goals following a double in Portugal’s 2-1 Nations League win away to Sweden that saw him reach 101 goals for his country since his debut in 2004.

Having missed Portugal’s Nations League opener against Croatia on Saturday with a toe injury, Cristiano wasted no time on his return, scoring a first-half free kick and adding a second from open play in the 72nd minute to close in on Iranian Daei’s record.

“I managed to beat this milestone of 100 goals and now (I’ll go) for the record. It’s step-by-step. I am not obsessed because I believe the records come in a natural way,” Cristiano said. “When I had this problem in my toe I always knew that I could recover for this second game. I like to be here, with this group of players, coach, staff and knew that they would play well in the first game as our squad is too good and no one is irreplaceable,” added the 35-year-old.

Having netted five times in his previous encounters against the Swedes, only a novice would have bet against him writing more history in the Swedish capital. 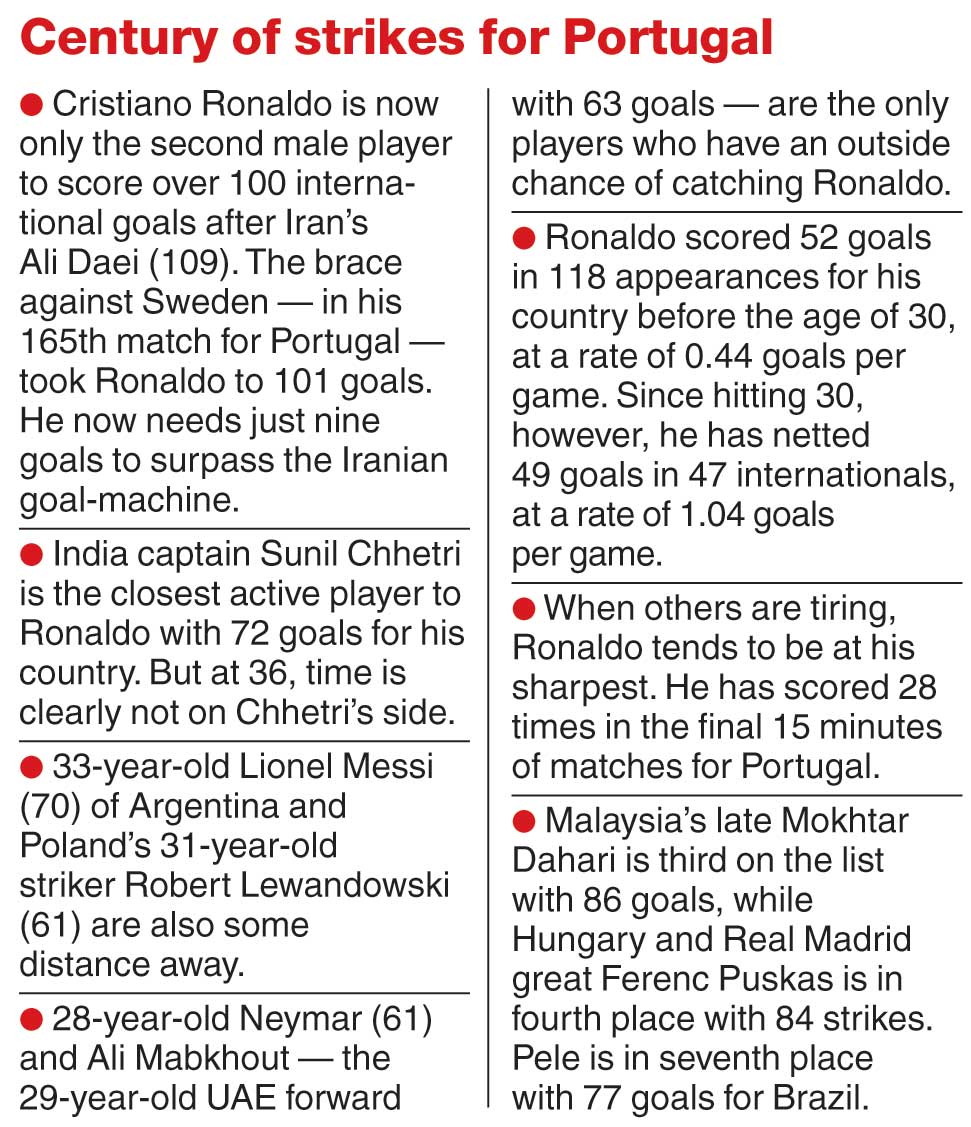 “On Monday he scored six or seven (free-kicks) like that in training and today (Tuesday) it went exactly the same way. It’s so good to have Cristiano in the team,” midfielder Bruno Fernandes said.

Cristiano forced another fine save from keeper Robin Olsen before leaving the fray in the 81st minute to be replaced by Diogo Jota, his thoughts moving quickly on to his next task.

“The future, only God knows,” he said.