The 24-year-old Bigg Boss OTT participant, known for her signature sartorial sense, has found a fan in Ranveer Singh 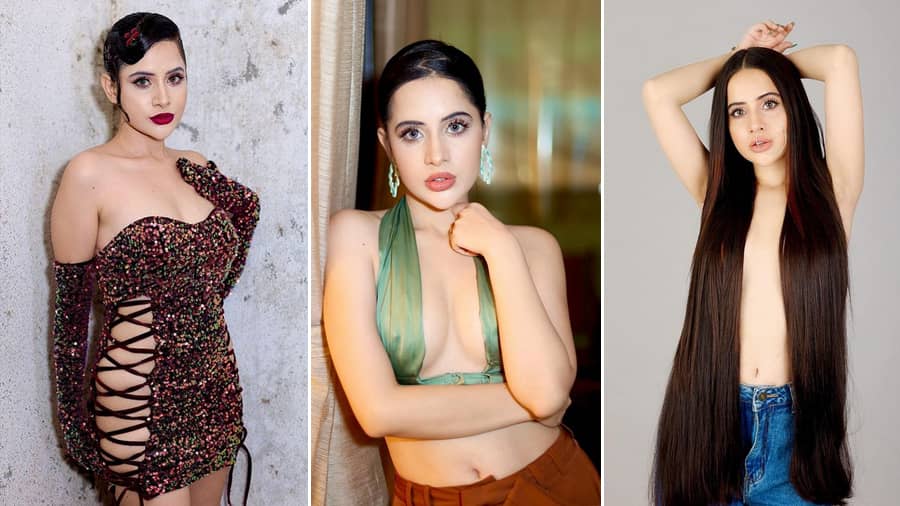 Uorfi Javed. One needs to be living under a rock to not know about her existence. Uorfi is Uorfi because of her bold style statement and her unfazed attitude towards trolls or anybody who’s against her life choices. The 24-year-old rose to fame after she participated in Bigg Boss OTT in 2021. From Ranveer Singh calling her a fashion icon in Koffee With Karan Season 7 to her featuring among the most searched celebrities online, Uorfi (who started out as Urfi) knows how to grab eyeballs. While there’s a lot of debate on why she is getting famous for nothing, here’s a look at why the actress-turned-social media influencer is creating so much buzz.

Uorfi goes to great lengths to flaunt her creativity and courage in her wardrobe choices. From trying out all kinds of bold new cuts to making wearables from wire, safety pins, gunny bags and her own pictures, she is popular – and also the subject of online trolling – for her fashion statements. It looks like a lot of thought goes into coming up with looks that will make heads turn, but her brave fashion has made her who she is today.

Uorfi is well-known for her do-it-yourself looks inspired by Hollywood celebrity designer outfits. This daring Kendall Jenner look, for instance. The all-black dress with slits at all places got a lot of attention from fans and haters alike, but Uorfi remains undaunted by the backlash she receives.

Uorfi is followed by cameras whenever she steps out. Keeping aside her bold outfits, Uorfi’s behaviour and daily banter with the paparazzi make her their favourite. She obliges photographers with selfies and oozes confidence while talking to them. It’s because of them and the fact that she can hold their attention that Uorfi is where she is today. She is often spotted distributing food and sweets to the paps.

Her cheeky reply to trolls

Uorfi’s nonchalant approach towards haters invites more trolling. Trolls get riled up, while she rarely gives in. Instead, she gives it back to them in the funniest way possible.

Also outspoken with a couldn’t-care-less body language, her attitude is one to look out for. Check out this reel with the caption: “When people ask me ‘tum roz airport kyu jaati ho?” Lip-syncing to a dialogue from Anupamaa, this comeback spells Uorfi all over.