The film, headlined by Vikrant Massey, is scheduled for a 2023 Summer release. 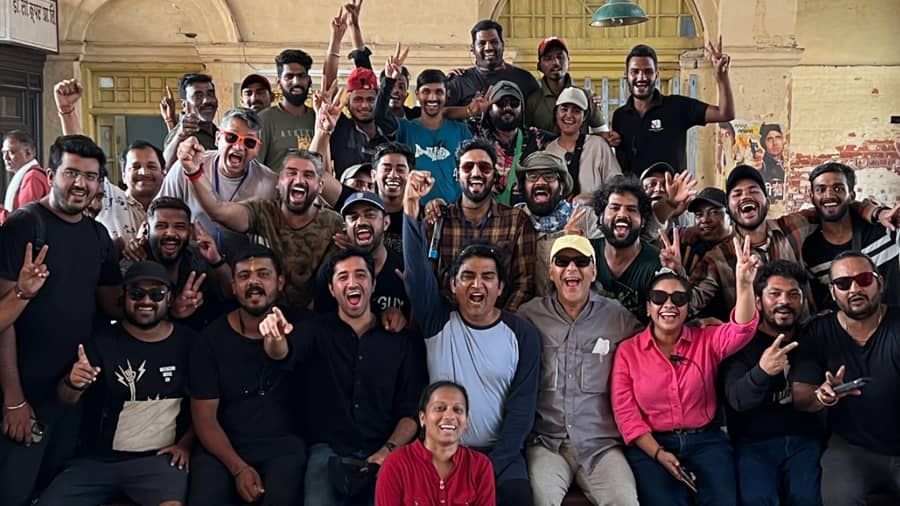 Inspired by the real life story of Indian Civil Services cadres Manoj Kumar Sharma and Shraddha Joshi, veteran director Vidhu Vinod Chopra is set to bring the story of aspiring IAS or IPS students with his upcoming film 12th Fail to portray how an individual can bring about tectonic social changes.

“If an honest person is in a position of power, the world can truly change. I have seen that with countless IAS and IPS officers I have come across in the process of writing this film. 12th Fail is a tribute to all of them. If this film can inspire even 10 more officers to strive for honesty or ten more students to strive for excellence, I will believe I have succeeded,” said Vidhu Vinod.

The film has also been adapted from Anurag Pathak’s bestselling novel of the same name and is the first film to be shot in Mukherjee Nagar, New Delhi. The location has seen the birth of generations of bureaucrats.

Vikrant Massey plays a pivotal role in the film. “It’s the tragedy of our times that honesty and sincerity are a rarity. This film is a dedication to all the students who dream, to all the honest officers who are the backbone of our country and constitution. Working with VVC (Vidhu Vinod Chopra) is a dream-come-true and a huge challenge since he’s such a thorough director,” the 35-year-old actor said.

Vidhu Vinod Chopra has wrapped the first schedule of 12th Fail in Chambal, Agra, and is currently filming the second schedule in Delhi.