The series is a satire, a dark comedy and a homage to pop culture 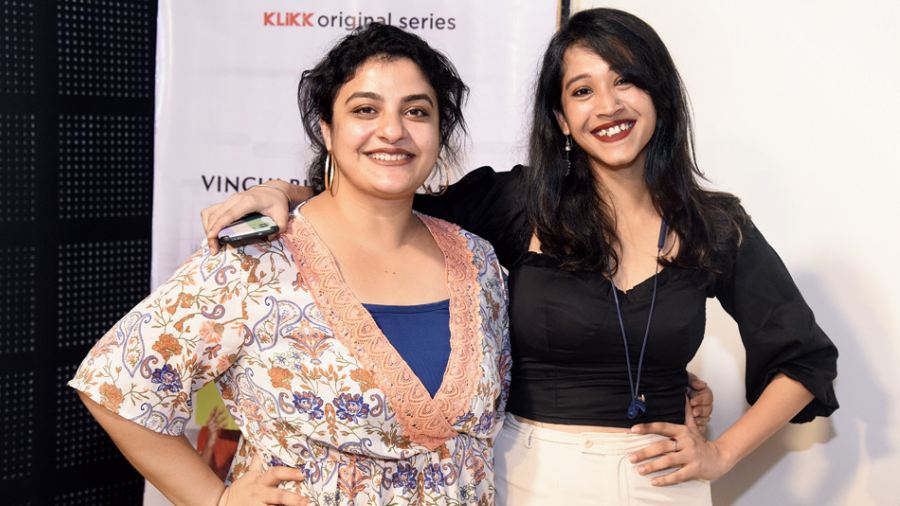 Team Vinchi Bharati Academy got together to launch the trailer of the KLIKK web series, which is streaming now. The story unfolds in two parts. Four former students are invited to this academy on the day the results are announced. The place is called Reality. Parallelly, the other part is the inside story of Vinchi Bharati Academy, situated in a place named Delusion. The series is a satire, a dark comedy and a homage to pop culture. Starring Arna Mukherjee, Saoli Chatterjee, Shreya Bhattacharya, Sabuj Bardhan, Deboprasad Haldar and Avery Singha Roy, the series is directed by Soumit Deb. “It’s been a wonderful experience working with Soumit. He is very clear and passionate about his craft. The whole team is very supportive and dedicated,” said Haldar. “As an actor, I have always wanted to work with people who have a strong belief in commune, and collaboration. I think that when we work with such creative minds, we have a chance to develop,” said  Arna Mukherjee. “Firsts are always special and hence there was a lot of love. Hope everyone will love it the same way we loved making it,” said director Soumit Deb.