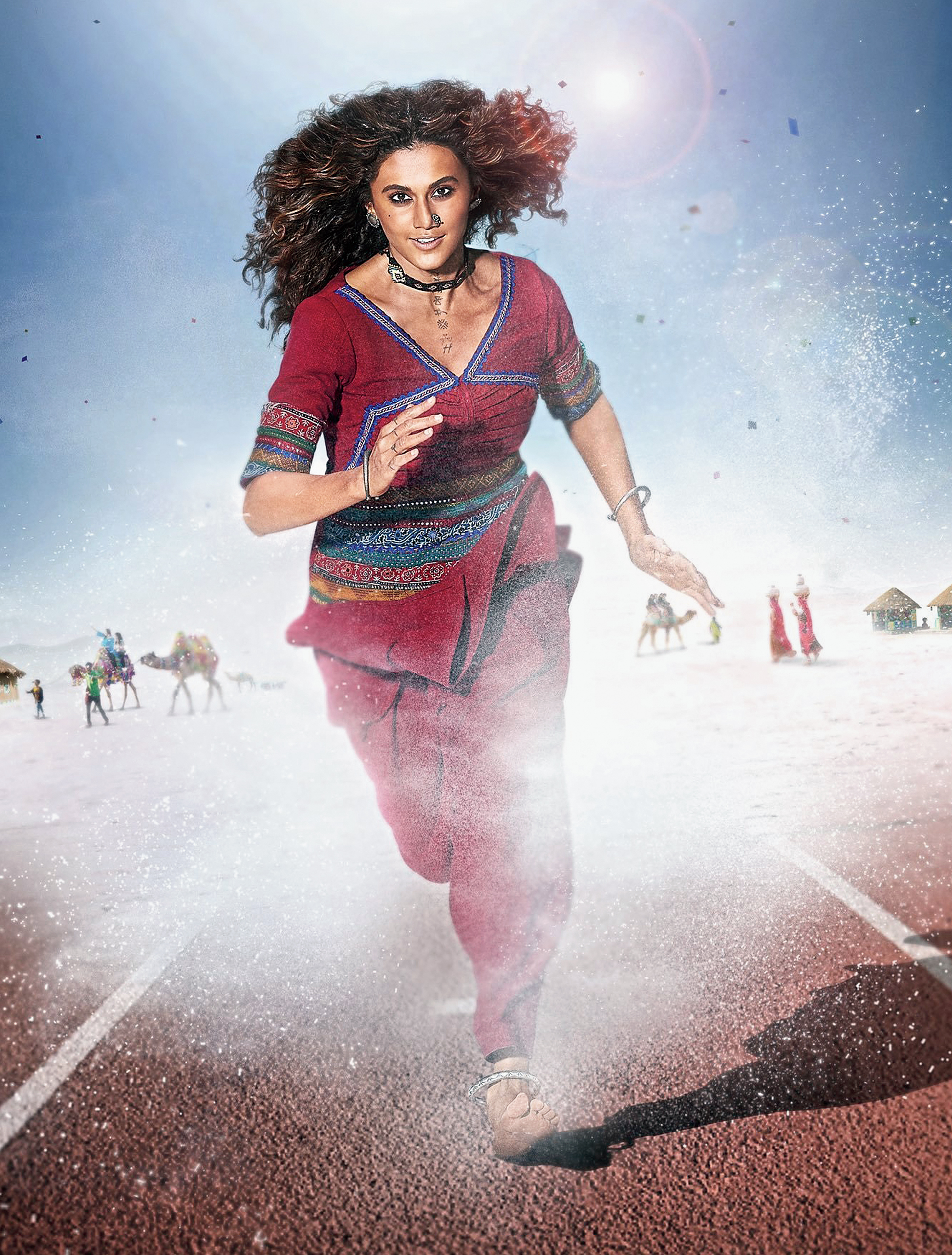 Taapsee Pannu shared her look from Rashmi Rocket on Friday, a day after posting a “sneak peek” into her character. Set in the salt marshes of Kutch, the film is about a young girl, an incredibly fast runner, fondly called Rocket in the village.

Based on an original story by Nanda Periyasamy, Rashmi Rocket is being directed by Akarsh Khurana and produced by Ronnie Screwvala, Neha Anand and Pranjal Khandhdiya. It will hit theatres early next year.

Taapsee, fresh off Mission Mangal, said: “This story instantly hit the right chords — one of those few films I was waiting to be developed into a script for me to do. Funnily I have been made to run in almost every film I have done, of every other genre, but this time it’s going to be an out and out athlete’s story. What excited me most was the human drama that unfolds in her life which makes it much more than a regular story of an athlete.”

Director Akarsh said: “The birth of this project happened over two lovely lunches in Florence. Taapsee was there for a film festival with Manmarziyaan and Mulk. I was at the same festival representing RSVP with Karwaan. We saw each other’s films, had some great food, and jammed over an idea that she had. The film already had Pranjal (Khandhdiya) on board, and I shared the idea with Ronnie.

“RSVP is like a second home to me and I couldn’t be happier to be collaborating with their team to tell this most fascinating story,” he added.

“Rashmi Rocket is not a sports person’s biopic. It’s a human story that highlights misogyny in sports and the challenges faced by female athletes,” said Khandhdiya.

Screwvala said: “Rashmi Rocket is a story about a girl who achieves and conquers in her field despite all the adversities that come her way. I can’t think of anyone better than Taapsee to play this character.”