The promising Bollywood actor was found hanging in his Bandra apartment 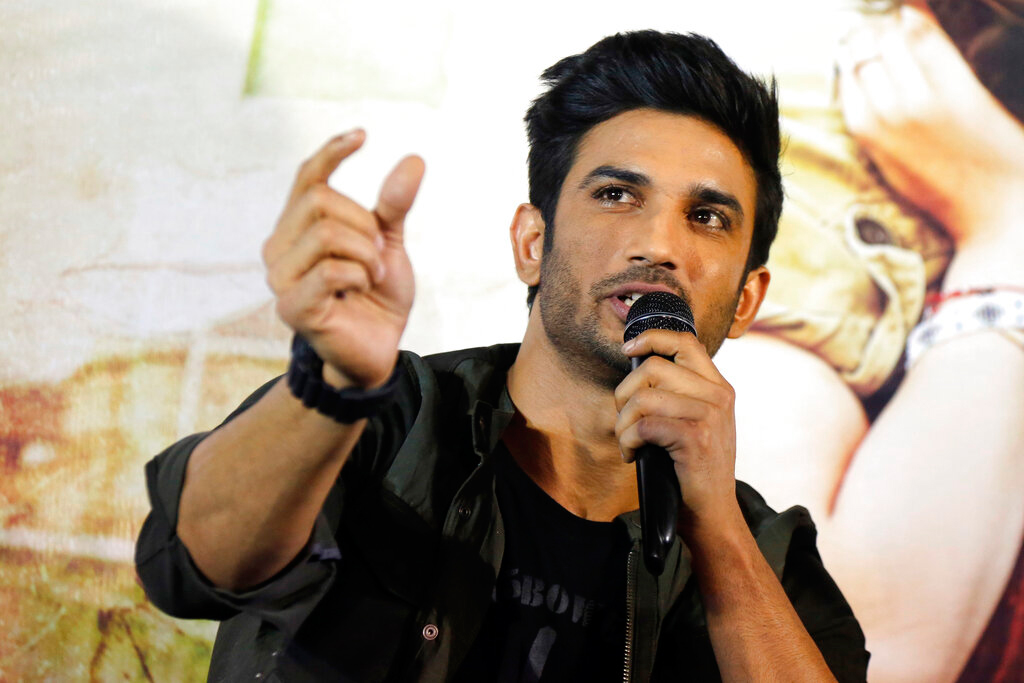 Sushant Singh Rajput, the promising Bollywood actor who brought M.S. Dhoni to life in the cricketer’s biopic and starred in a slew of prominent films, committed suicide at his Mumbai residence on Sunday. He was 34.

Sushant, whose last big-screen release was the Rs 100-crore blockbuster Chhichhore last September, was found hanging in his Bandra apartment by his house help and a few close friends. No suicide note was found.

“His body was found hanging at his Bandra residence today. We are investigating,” Manoj Sharma, additional commissioner of police, western region, told PTI on Sunday.

Medical records suggesting depression were reportedly found at his home. The actor is said to have socialised with a few friends at home on Saturday night.

Sushant’s suicide comes less than a week after his former manager Disha Salian was found dead under mysterious circumstances.

Shah Rukh Khan, whom Sushant idolised and often cited as his inspiration, shared a picture of the two saying: “He loved me so much.… I will miss him so much. His energy, enthusiasm and his full happy smile.”

Most of Sushant’s colleagues indicated they had no idea that the actor, who hailed from Patna but spent his growing-up years in Delhi and dropped out of engineering college to pursue acting and dance, was depressed.

Sushant, who crafted a seamless transition from television to films seven years ago, was considered one of the most talented actors of his generation, right from the time he made everyone sit up and take notice of his reticent Manav in the Zee TV soap Pavitra Rishta, produced by Ekta Kapoor.

The actor, known to slip into the skin of all his characters, had only done about 10 films in the last seven years. “What’s the point of being an actor if you can’t become the character?” he had told The Telegraph.

Sushant entered Bollywood with Kai Po Che! which earned him praise. He made Calcutta his home for a few months in 2014, parking himself in the city to play Byomkesh Bakshi in Dibakar Banerjee’s Detective Byomkesh Bakshy!

But it was his wielding the willow and walking and talking the Dhoni walk and talk in Neeraj Pandey’s M.S. Dhoni — The Untold Story that truly illustrated Sushant’s acting chops and spiralled him into the big league.

His last release Chhichhore, ironically, focused on the repercussions of suicide and questioned our traditional beliefs of success versus failure.

Acting apart, Sushant was known for his love of philosophy and astronomy. He loved playing the guitar and spotting stars through a telescope he had installed in his living room.

Sushant read books on cognitive science, behavioural economics and astrophysics and even made a trip to Nasa a few years ago to train for Chandamama Door Ke, a film that subsequently got shelved.

His next release is slated to be Dil Bechara, an adaptation of The Fault in Our Stars.

Mumbai police called up Sushant’s father K.K. Singh at his home in Patna’s Rajiv Nagar to inform him about his son’s death.

“I was in the neighbourhood when he (K.K. Singh) called me on my mobile phone to tell me that Gulshan (Sushant’s nickname) is no more,” said Lakshmi Devi, a caretaker at the Patna house.

“Sushant had not been keeping well for some time. I don’t know what exactly was the problem, but he used to have headaches too. He would call up his father almost daily and often express a desire to travel to some hilly areas with him, get well and then visit Patna,” Lakshmi said.

She said K.K. Singh used to advise Sushant to step out of home to catch some fresh air instead of remaining cooped up during the pandemic.

Sushant’s friends and relatives recalled that the actor had flown to Patna during a flood in 2019 and organised relief distribution and helped people financially.

Sushant lost his mother, Usha Singh, when he was just 16. She passed away in 2002 after suffering brain haemorrhage. Sushant’s last post on Instagram on June 3 had been a picture of his mother.