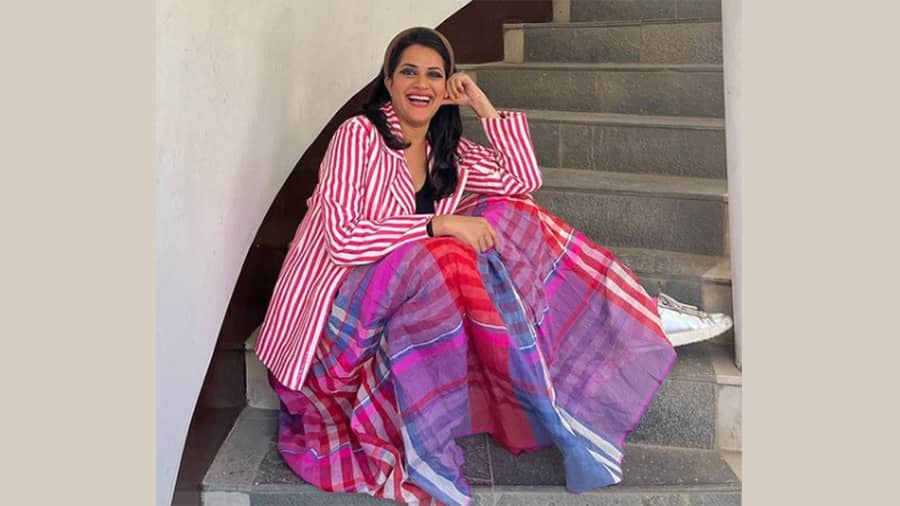 Singer Sona Mohapatra on Tuesday announced that her documentary Shut Up Sona will release on streaming platform ZEE5 on July 1.

Directed by Deepti Gupta and produced by Sona, the documentary follows the singer as she takes on blatant misogyny on social media, tirelessly fights for equal representation of women in the music industry and stands up to all those who try to police her body, her mind, and her creativity.

Sona said as a woman, she was asked to “shut up” on many occasions in both her personal and professional life. She shared the trailer for the documentary on her social media page, announcing its arrival.

“As a woman, I’ve been told where the lines are all my life. The lines I cannot cross: don’t sing loudly, don’t voice your opinion, don’t shout back at bullies, don’t misbehave. As a singer, artist, performer and producer, I’ve been making my way in a man’s world and the rules are skewed in their favour. I’ve been told to ‘shut up’ for bringing this up. This film is my response to those dictats, those affronts," the 46-year-old singer said in a statement.

Manish Kalra, chief business officer at ZEE5 India, said they are thrilled to bring an engaging and relevant story to audiences with Shut Up Sona.

“It is an intriguing narrative about a woman who speaks her mind and will connect with audiences across the country. We are excited to premiere this documentary on Sona Mohapatra on the platform,” Manish said.

Shailja Kejriwal, chief creative officer- Special Projects, ZEE, said the company is always looking for stories that resonate with their own belief “that art, creativity, and content in the public space can be purpose-driven and meaningful.”

“Sona, through her music, continues to take charge of her narrative despite being threatened with violence, legal notices, and online hate, which is tremendously inspiring. The film also underscores the importance of women standing up for each other across races, languages and cultures,” Kejriwal added.

Shut up Sona has travelled to multiple film festivals across the world and won the National Award for editing in 2021, besides many other awards.