Snowpiercer, now streaming on Netflix, is a series adaptation of the 2013 film of the same name, directed by Parasite maker Bong Joon-ho 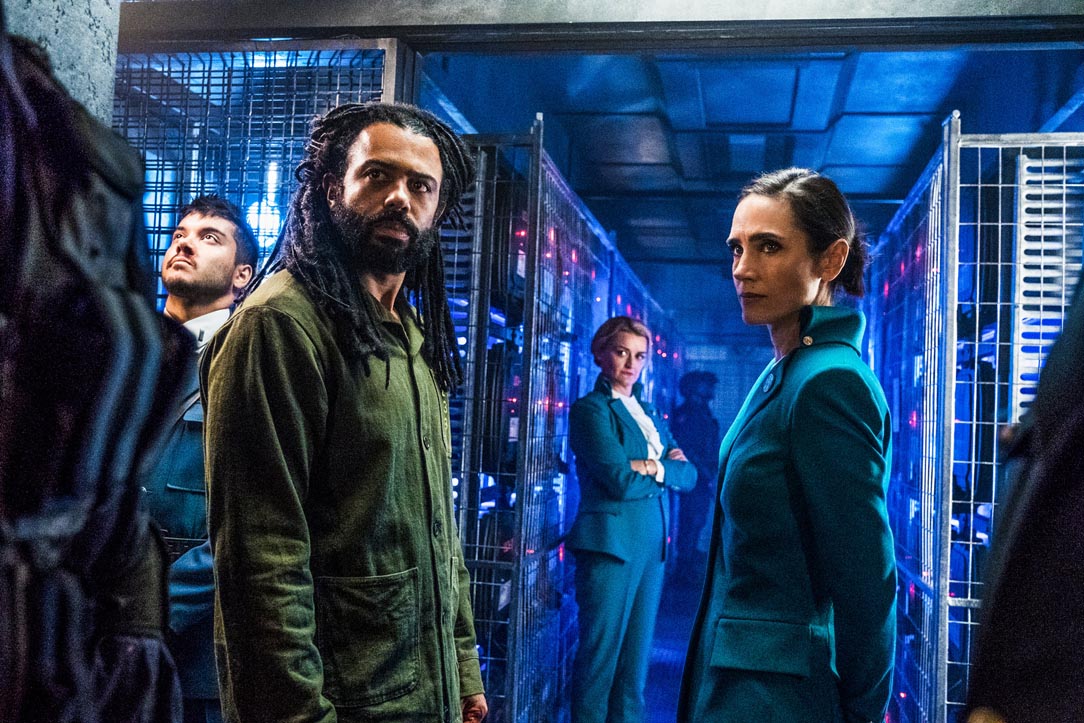 Snowpiercer aims to be in a space too close for comfort. Its post-apocalyptic narrative is set in 2021 (yes, just a few months away) in a world that’s actually ended seven years ago. “First, the weather changed,” says the opening line, eventually talking about ‘The Freeze’ where a weather reengineering brought on by the attempt to overturn the effects of global warming has caused the earth to ice up permanently. The world, as we know, has come to an end, but a few thousands who hopped on to the Snowpiercer, an ‘ark train’ — much like its Biblical counterpart — have survived. The mighty Snowpiercer, 1,001 cars long, speeds around the globe, not stopping even for a second, carrying the last remnants of humankind. Within its confines, the struggle to stay afloat and the need to establish dominance and superiority has resulted in all that was familiar in the world — classism to capitalistic greed, subjugation to the politics of survival.

Snowpiercer, now streaming on Netflix, is a series adaptation of the 2013 film of the same name, directed by Parasite maker Bong Joon-ho. The south Korean film-maker, who bagged three Academy Awards earlier this year for Parasite, executive-produces the series, which is a reboot of the film’s continuity. Much like the film, the series largely focuses on the politics that accompanies a scenario where the elite form the ticketed class and the baseborns, who were left out but stormed forcibly into the Snowpiercer at the last minute, are barely kept alive.

It’s a story of the have vs the have-nots breathing the same (artificially generated) air but exercising different rights. The proles — referred to as the ‘Tailies’, crammed as they are at the end of the train called the ‘Tail’ -— are being starved to extinction with their women being sterilised so that they can’t procreate further, even as the elite clink their porcelain cups in the other section of the Snowpiercer, complaining about the shortage of avocados and the base quality of the salmon served. It’s a schema ripe for rebellion, and that’s what the Tailies are plotting when the show begins.

Announced a few years ago and stuck in the cans on account of scheduling conflicts and creative differences, Snowpiercer the series more or less follows the framework of its far superior original, which, in turn, was adapted from the 1982 French graphic novel Le Transperceneige. The 2013 film, powered by strong acts from Tilda Swinton and Chris Evans, was audaciously ambitious both in scale and storytelling, with Bong Joon-ho managing to skilfully meld the epic with the intimate. The series doesn’t quite hit the same high notes, even threatening to go off the rails at times. It isn’t great television, but it does well in delivering on its promise -— a bang for the buck watch that keeps the twists coming, even as it uncovers the fault lines of pride and prejudice.

The best way to enjoy Snowpiercer is to hop on without the baggage (pun intended) of the film. The primary reason to tune in — there are two episodes available now, with more dropping soon — is a strong central turn by Jennifer Connelly. The Oscar-winning actress plays the hard-nosed Melanie Cavill, introduced as “the head of hospitality” on board Snowpiercer. But the way she marches to her own beat -— even though she claims she’s “just following orders” from the train’s still-not-introduced owner Mr Wilford — shows that there’s more to Melanie than meets the eye. Her nemesis, in a way, is Andre Layton (Daveed Diggs), a former homicide detective, who is pulled up by Melanie from the Tail one day to investigate a gruesome murder on the train. Layton agrees, with an eye on bargaining for better rights for the Tail, and Snowpiercer then oscillates between a police procedural, a thriller, a social commentary and a survival tale.

Not all of it comes together seamlessly. Clunky lines like “This train works on a balance of need, greed and speed” aren’t really what one expects from a production backed by such big names, and some bits come off as convenient and contrived. There is also some soapy silliness, which could work or not work for you, depending on which side of the Covid curve you are on now.

What remains interesting — and what will make us go back to the series for the remaining episodes — is its comment on class. “What do you see when you look at this train?’ Melanie asks Layton, bloodied and bruised, at some point in the series. “A fortress to class,” he spits out. Timely and thrilling, what’s not to like?

Behind the Scenes with Michelle Obama in Netflix’s Becoming