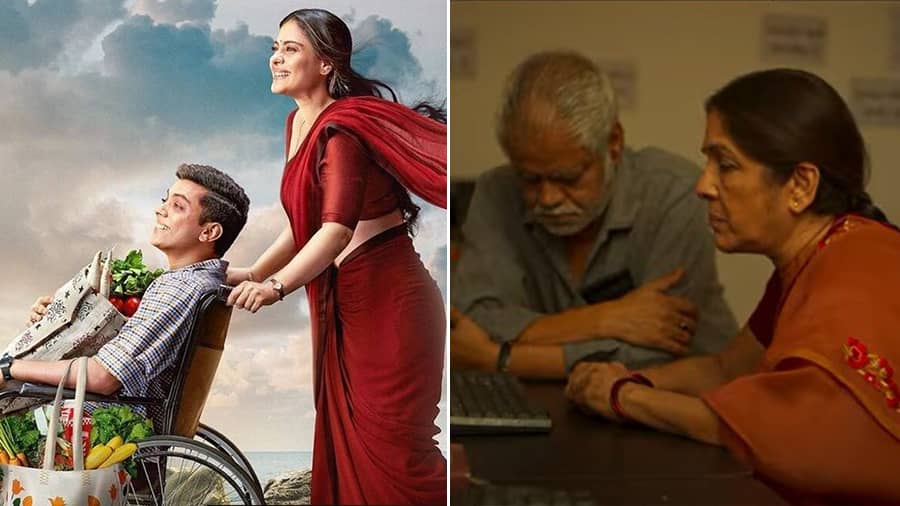 From the moving tale of a mother and her son to a murder mystery involving an elderly couple, the biopic of a renowned industrialist and a social satire — here are one Bengali and five Hindi films that will hit the cinemas this Friday.

Salaam Venky follows the bond between a mother and her son. When Venky (Vishal Jethwa) is diagnosed with Duchenne muscular dystrophy, his mother Sujata (Kajol) goes out of her way to fulfil his wishes because Venky believes that zindagi lambi nahi badi honi chaiye.

Tusshar Kapoor will be making his big-screen acting comeback with Maarrich. He will be reprising the role of a cop, Inspector Rajeev, who is tasked with nabbing the killer of two young girls. On his list of suspects are six interesting characters. Naseeruddin Shah plays a catholic priest in this whodunnit thriller.

A thriller with shades of Ajay Devgn’s Drishyam, Vadh revolves around schoolmaster Shambhunath Mishra (Sanjay Mishra) and his wife Manju (Neena Gupta). They are a most ordinary couple leading an uneventful life. Their world turns upside down when Shambhunath gets embroiled in a murder and is left to covering his tracks in order to stay out of jail.

From 1998 to 2001, mysterious assailants unleashed a reign of terror in Assam. More than 1000 civilians were wiped out mercilessly. Print media termed these assassinations as ‘secret killings’. Inspired by true events, Shadow Assassins tells the story of Nirbhay Kalita (Anurag Sinha), a young ambitious boy who gets sucked into vengeance after his dear ones are assassinated.

Vijayanand is a biopic on the life of Padma Shri Dr Vijay Sankeshwar. He was the owner of the largest fleet of commercial vehicles in India. He had a humble beginning, but went on to become the owner of a leading rags- -to-riches journey.

Satbhoot Adbhoot is a social satire that revolves around two friends— Biltu and Rana, one is a thief by profession and the other a ticket blacker. One day suddenly they are caught and beaten mercilessly by people. The duo escape into a forest and summon Bhooter Raja (the king of ghosts). When the latter appears before them, Biltu and Rana ask for a boon from him. The king of ghosts concedes, but with a rider.