The Gully Boy actor, who is facing police complaints over his recent nude photoshoot, is yet to speak about the controversy 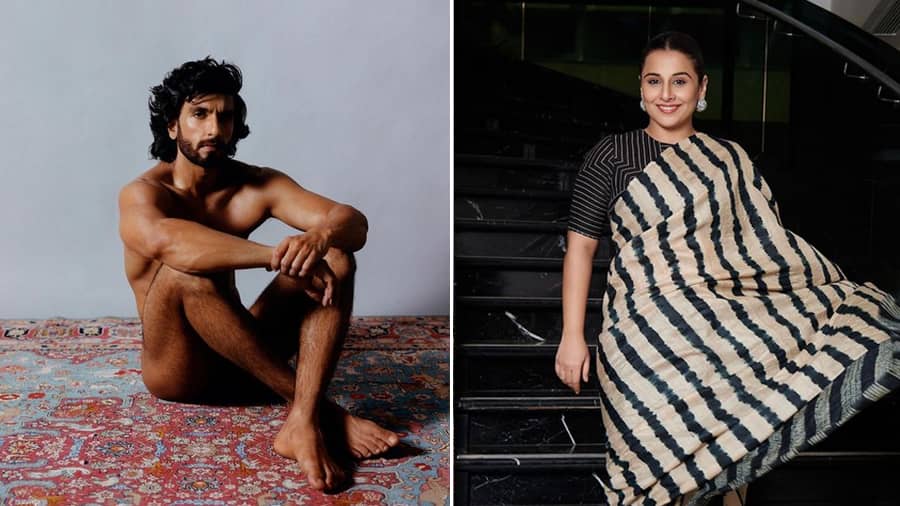 Vidya Balan has come out in support of Ranveer Singh, who found himself at the centre of a controversy with his recent bare-bodied photographs for a magazine, saying that those who get offended by the photos should not look at them.

The Kahaani actress said she couldn’t understand why an FIR was lodged against Ranveer.

Ranveer is facing an FIR in Mumbai following a complaint from an NGO alleging that he had “hurt the sentiments of women in general and insulted their modesty through his photographs”.

“Maybe they (people who filed FIR) don’t have much work to do, hence they are wasting their time on these things. If you don’t like it, then close the paper or throw it, do what you wish to. Why get into an FIR?,” Vidya said.

Ranveer, however, is yet to make any statement on the matter. At his first media interaction, too, following the photoshoot controversy, the Gully Boy actor stayed away from commenting on it.

On being asked about on-screen competition with wife Deepika Padukone, with whom he has worked in Bajirao Mastani, Padmavat and RamLeela, Ranveer said he does not believe in one-upmanship.

“Filmmaking is teamwork and scene work is a collaboration between actors. It’s like jugalbandi, it is like give and take. On the flip side, I have also experienced the good side... (With) the actors who are so secure, so giving and my wife is certainly one of them,” Ranveer added.

On Thursday, a complaint was filed against Ranveer before a local court in Bihar’s Muzaffarpur by a social activist over his recent photoshoot.