The ‘Mission Mangal’ actress will be seen along with Revathi in My Unlikely Pandemic Dream Partner, one of the six shorts in Modern Love Hyderabad on Prime Video 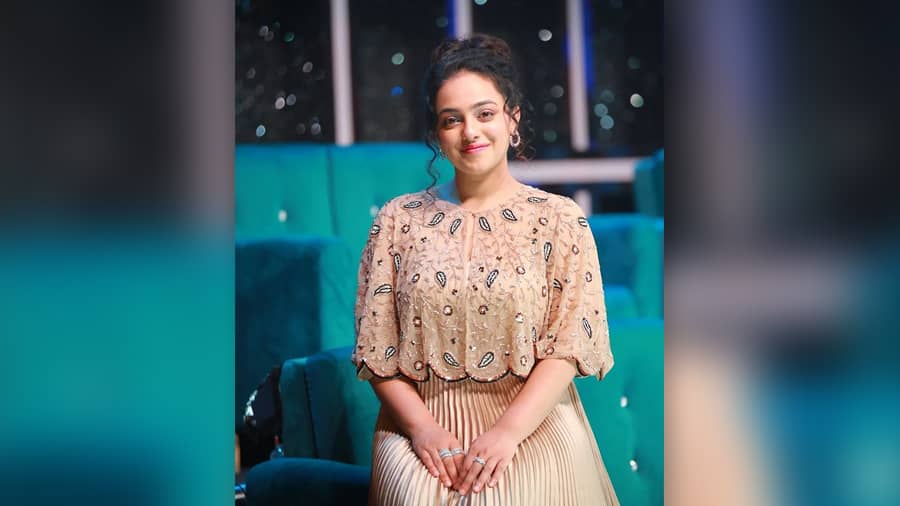 Actress Nithya Menen hopes people embrace cinema from different regions without being “fundamentalist” as she believes being able to speak a new language is an achievement.

Nithya, who works in Malayalam, Telugu, Tamil, Kannada and Hindi films, said her fans often ask her to star in a movie of their language.

“Every time you see the comments, they’ll say when are you doing the film in this or that language? I feel, if you like me, just watch it. There is something fundamentalist about language, like our culture, etc. I wish people didn’t feel like that,” the actress told PTI in a Zoom interview.

Next up for Menen is Modern Love Hyderabad, the Telugu version of Prime Video’s anthology series based on The New York Times’ eponymous column.

“When they ask me how do you learn languages so easily, I say it’s because I am so open to it and I love it. What would be better than learning a new language and being able to speak it well? That’s an achievement. I wish people could see like that too,” the 34-year-old actress added.

Menen, who is known for O Kadhal Kanmani, Ustad Hotel, 7 O’Clock and Mission Mangal, co-stars with Revathi in My Unlikely Pandemic Dream Partner, one of the six shorts in Modern Love Hyderabad.

Revathi credited streamers for breaking the language barrier through diverse stories, adding most of the content is “dubbed or at least captioned” today.

“Everybody will start watching it now. You watch Korean, Spanish, or Assamese (films or series), it’s wonderful. Especially during the pandemic for the lack of entertainment, people wanted to watch a lot of things. So people have opened (up). I feel the next generation (of viewers) will change this field towards languages. India is more beautiful because of its differences. I love this bunch of things that we are,” she said.

The veteran actress has starred in films across languages such as Mouna Ragam (Tamil), Love (Hindi), Nishyabda (Kannada), and Virus (Malayalam).

This year, Nithya said she has about nine films lined up for release, including Thiruchitrambalam, a Tamil movie co-starring superstar Dhanush, and 19(1)(a) in Malayalam.

“Thiruchitrambalam is a film that’s very much in Dhanush’s zone. It was slightly away from my usual thing, something that I enjoyed doing. Revathi ma’am in a way is a part of it,” said Nithya.

19(1)(a) marks the directorial debut of Indhu VS and also features Vikram star Vijay Sethupathi.

“It’s a beautiful film in which I get to work with Vijay Sethupathi. It’s a really interesting pairing and we loved working together. It’s a silent and gentle film which speaks about strong issues in a very subtle way,” Nithya added.

She also teased that the upcoming third season of Prime Video’s Hindi series Breathe: Into The Shadows could be its last.

“Breathe 3 is probably going to come by the end of this year. We are all looking forward to it. We all look forward to doing this together for one last time, I guess,” the Mission Mangal actress added.

Revathi, who was most recently seen in the pan-India hit film Major, is working on her upcoming Hindi film Salaam Venky as a director. The film stars Kajol and Vishal Jethwa.

Modern Love Hyderabad will premiere on Prime Video on July 8.