The actor-filmmaker pair is already working on their sixth movie, Killers of the Flower Moon 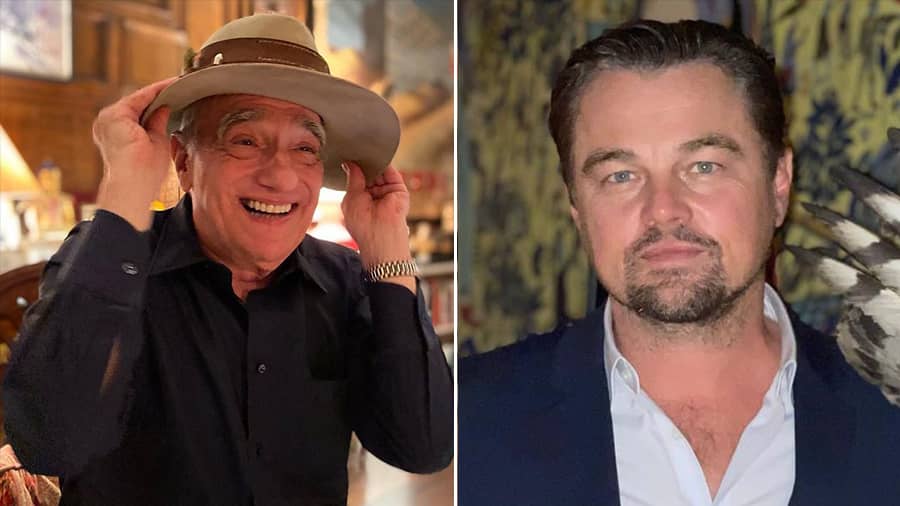 Hollywood star Leonardo DiCaprio and veteran filmmaker Martin Scorsese have started developing their seventh feature project. The actor-filmmaker pair, who are already working on their sixth movie, Killers of the Flower Moon, are attached with the adaptation of the non-fiction book The Wager: A Tale of Shipwreck, Mutiny, and Murder, reported a magazine.

The project will be directed by Scorsese and is set up at Apple Original Films, which is also bankrolling Killers of the Flower Moon.

Penned by New Yorker journalist David Grann, The Wager: A Tale of Shipwreck, Mutiny, and Murder is set to be published in April 2022.

The book tells the story of the 1700’s British naval ship of the same name. During a secret mission to obtain a Spanish treasure-filled galleon, the crew ended up shipwrecked on a desolate island off the coast of Patagonia.

Stranded and forced to survive against the elements, the crew descends into anarchy, and when they return to civilization end up on opposite sides of an intense court martial, with accusations of murder and treachery against several parties.

Grann also wrote the book Killers of the Flower Moon, which investigates a series of murders of Osage people that took place in the 1920s. Its film adaptation stars DiCaprio along with veteran actor Robert De Niro and Jesse Plemons.

DiCaprio has appeared in five of Scorsese’s films till now. Their partnership started with 2002’s Gangs of New York and over the years, the duo have worked on films such as The Aviator (2004), The Departed (2006), Shutter Island (2010) and The Wolf of Wall Street (2013).

In addition to the two Scorsese-helmed films, Apple Studios is also in development on a limited series adaptation of Grann’s The White Darkness with Tom Hiddleston as the lead actor.

DiCaprio most recently featured in Netflix movie Don’t Look Up, directed by Adam McKay, while Scorsese’s last directorial effort was the 2019 movie The Irishman.