Jacqueline Fernandez is on her way to a power packed 2022

For me Santa has arrived early this year and Christmas celebrations will be merrier with the release of Cirkus, says the actress 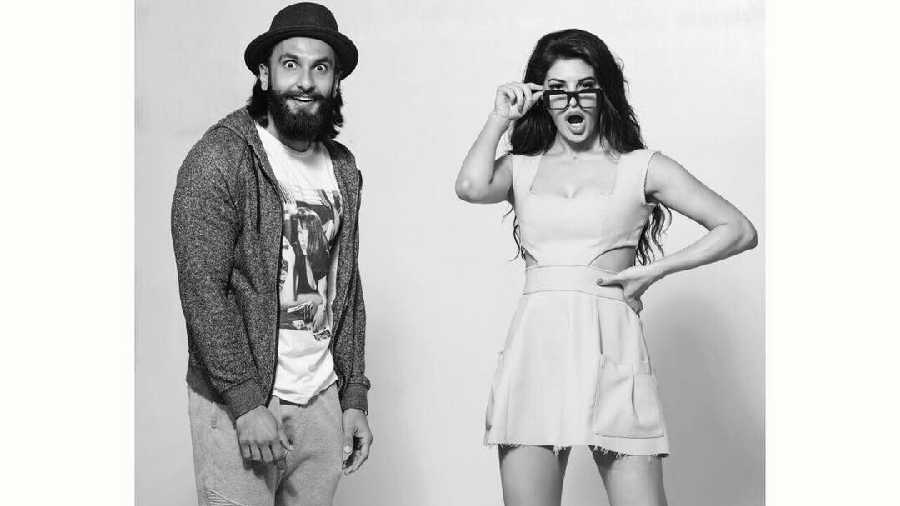 Riding High on back-to-back releases, Jacqueline Fernandez is on her way to having a busy yet great year ahead which has started now itself with the poster of her upcoming Cirkus announcing the release date to be set on this Christmas.

Every year Jacqueline celebrates Christmas with a lot of fun and delight and this year it's going to be very special for her as it's a release of Rohit Shetty's Cirkus in which she will be starring with Ranveer Singh, booking the release on this Christmas that has made it even more special for her and her fans.

Poster of the film Cirkus
Twitter/@taran_adarsh

While sharing her excitement about the same she said, "For me Santa has arrived early this year and Christmas celebrations will be merrier with the release of Cirkus. I had the most amazing time shooting for the film and the energy on the sets with Rohit sir and Ranveer so infectious along with the very talented team. Hoping that audience would enjoy watching the film as much we enjoyed filming it".

It's really a very joyful moment for Jacqueline. Moreover, it seems like this Christmas is going to be owned by Jacqueline and will come as a huge celebration for her fans.

Jacqueline recently celebrated the first anniversary of her Only Live Once (YOLO) Foundation which creates and shares stories of kindness amid the Covid-19 pandemic. Moreover, the actress was recently featured in a music video called Check My Fizz in which she was seen with the music star, Badshah.

Meanwhile, on the work front, other than Cirkus, the actress is looking forward to the release of the film Ram Setu in which she will be seen with Akshay Kumar and Nushrratt Bharuccha, and Vikrant Rona while she also has Kick 2 in the pipeline.