India Lockdown, The Whale, Blood & Water Season 3, The Almond and the Seahorse: New trailers and teasers 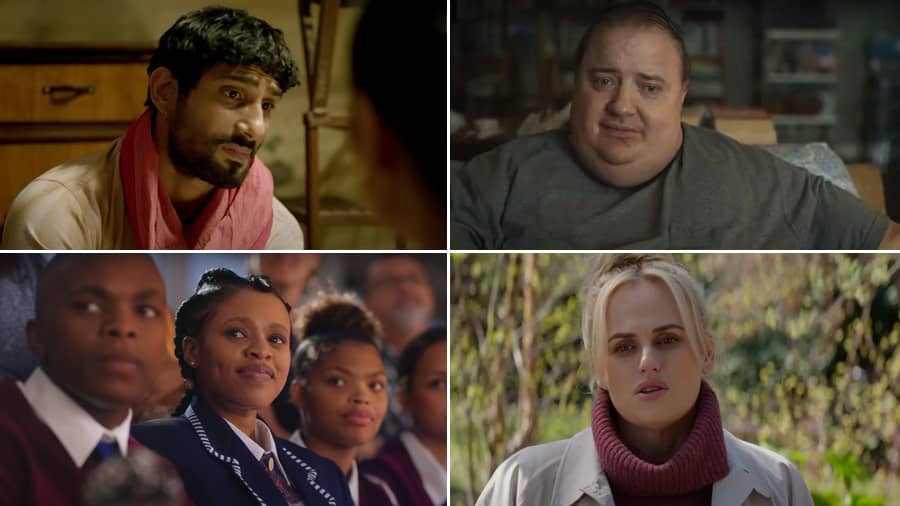 The teaser opens with some images of the nationwide lockdown in 2020 when the entire world came to a standstill. We see images of people losing their jobs and migrant workers walking back to their homes and the hardships faced by the common people.

India Lockdown will arrive on Zee5 on December 2.

The official trailer of filmmaker Darren Aronofsky’s upcoming film The Whale was released by A24 on Tuesday evening. The film stars Brendan Fraser, Sadie Sink and Hong Chau in the lead roles. The film had earlier premiered at the Venice International Film Festival.

In the short trailer, we see middle-aged Charlie (Fraser) trying to reconnect with his 17-year-old girl (Sink). Many critics hailed Brendan Fraser’s comeback act as the performance of a lifetime. The trailer promises a stirring psychological drama about family and love.

The Whale will arrive in cinemas in December.

Netflix on Wednesday shared the trailer for the third season of its South African teen crime drama Blood & Water. The series stars Ama Qamata, Khosi Ngema and Gail Mabalane in lead roles. Set in Cape Town, the series follows a girl who transfers to an elite school after suspecting that one of the students there might be her lost sister.

The trailer shows a devastating car accident and then provides some glimpses from the past two seasons. Then we see Parkhurst High for yet another school year. We also see the return of the infamous human trafficking syndicate which abducts girls.

The Almond and the Seahorse

The official trailer of Rebel Wilson’s upcoming film The Almond and the Seahorse was released on Wednesday. Based on a play of the same name by Kaite O’Reilly, the film is co-directed by Celyn Jones and Tom Stern. The script is co-written by Jones and Katie O’Reilly. It stars Rebel Wilson, Celyn Jones and Trine Dyrholm in lead roles.

The synopsis of the film reads, “Sarah (Wilson) is an archaeologist who loves her husband Joe (Jones) but after a traumatic brain injury (TBI) their love is trapped in the past. Toni (Charlotte Gainsbourg) is an architect and loves her partner Gwen (Dyrholm) but after a TBI they have been imprisoned in a fifteen-year loop. Love is the only thing that keeps them all going but something has changed, and both Sarah and Toni are determined to not let it all unravel as they face their fears of being forgotten by the people they love most.”

The Almond and the Seahorse will hit the cinemas on December 16.