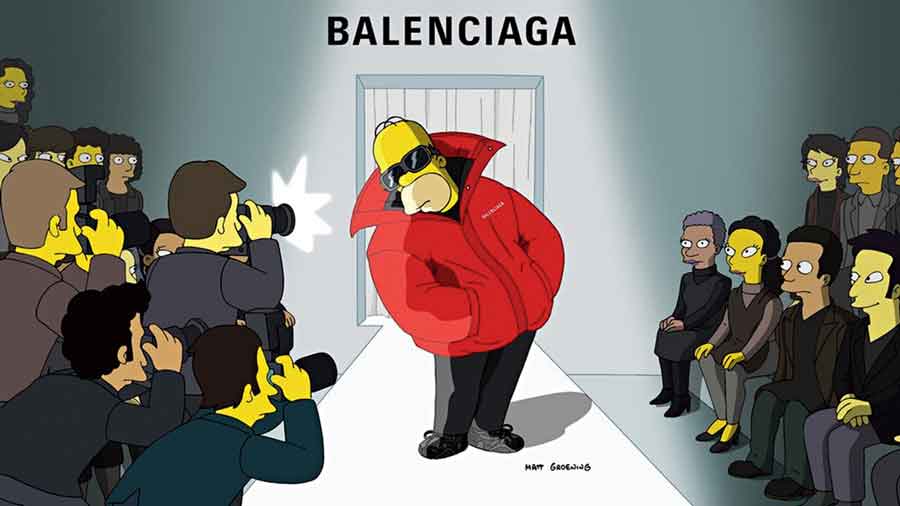 Clapping, whispering, cameras snapping, questionable music: These are the sounds of a classic fashion show. Bursts of laughter? Those are less common.

Yet several were heard a few night ago, rolling around the 19th-century Parisian theatre where the great and storied house of Cristóbal Balenciaga skipped the traditional catwalk and screened a special 10-minute episode of The Simpsons.

It was a surprise more than a year in the making, and the result of a sometimes grueling collaboration between two exacting creative entities known for their attention to detail. So far it has been viewed more than five million times on YouTube. 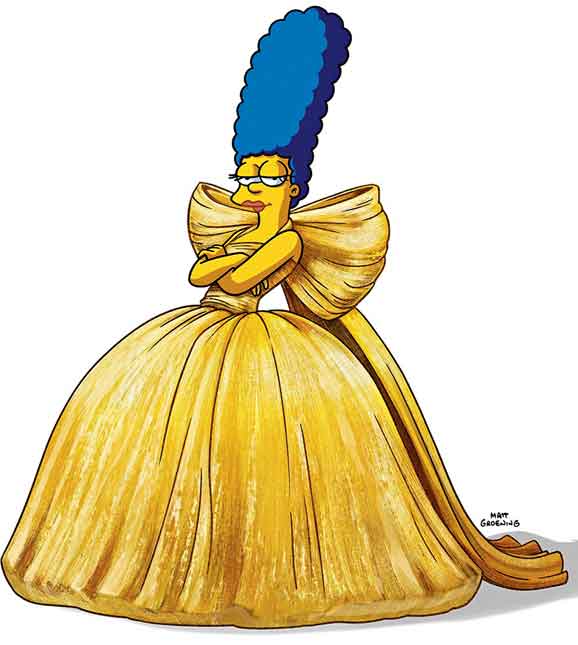 Marge in the golden ballroom dress from the summer 2020 collection.
The Simpsons 20th TV Animation

In the episode, Homer writes to Balenciaga (“Dear Balun, Balloon, Baleen, Balenciaga-ga,” he says as he struggles to pronounce the famous fashion name) for Marge’s birthday, explaining that his wife has always wanted to own something by the brand.

He asks for the cheapest item, which the Balenciaga team interprets as “just one of those American gags nobody gets” and sends him a dress that costs 19,000 euros. After wearing it briefly, Marge returns the dress with a note saying she’ll “always remember those 30 minutes of feeling just a little special”. 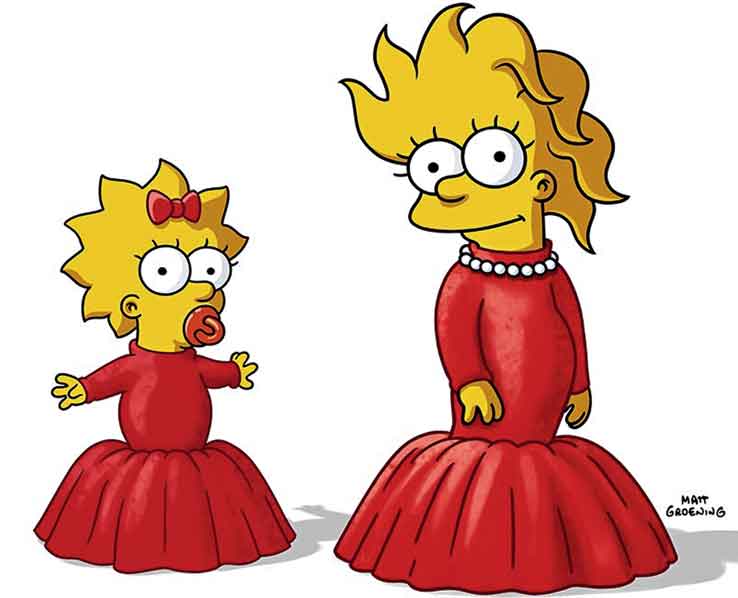 Back in Europe, the Balenciaga artistic director Demna Gvasalia declares her note “the saddest thing I’ve ever heard, and I grew up in the Soviet Union. This is exactly the kind of woman I want to reach!” He then travels to Springfield and decides to “rescue” the “style-deprived” by inviting them to model his clothes in Paris, explaining that he wants “the world to see real people in my show”.

The 10 minutes are packed with Easter eggs for die-hard fans of both The Simpsons and Balenciaga. A private Balenciaga jet has landing gear that looks like the brand’s famous sock sneakers; Waylon Smithers chooses a dress to wear when given his choice of outfit; Lisa at first acknowledges that walking a runway is “superficial” but then enjoys it immensely.

‘I always loved the tongue-in-cheek humour’

The collaboration began in April 2020, when Gvasalia sent the Simpsons creator Matt Groening an email about working together.

Gvasalia, 40, who was born in Georgia and watched the show when he was growing up, said the idea came to him during the first lockdown of 2020. He has a penchant for inserting Balenciaga into mass-market trends: Under his direction, the brand has collaborated with other American sensations, like Crocs and Fortnite. 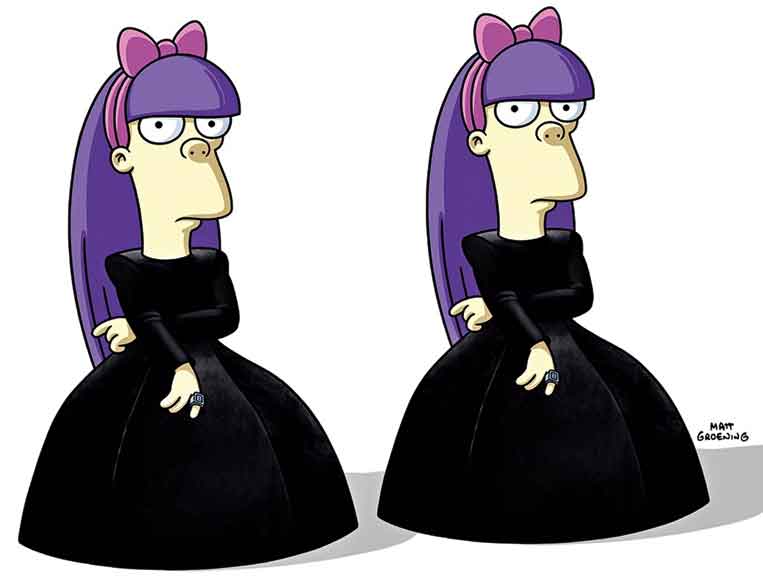 About The Simpsons, he said, “I always loved the tongue-in-cheek humour, the romance and the charming naiveness of it.”

Al Jean, an executive producer and writer of The Simpsons, said that when he learned of the Balenciaga project in January, “my response was, ‘What’s Balenciaga?’” He turned to Wikipedia for answers.

His first pitch to Balenciaga had a similar framing to the one they ended up going with — Marge’s birthday wish — but diverged with Gvasalia’s character deciding that the brand’s next show would be held in Springfield. When the Balenciaga plane lands there, its models aren’t allowed into the United States because they’re too thin and beautiful. Springfield’s residents become the models, their nuclear plant is the runway, and the ghost of Mr. Balenciaga makes an appearance. 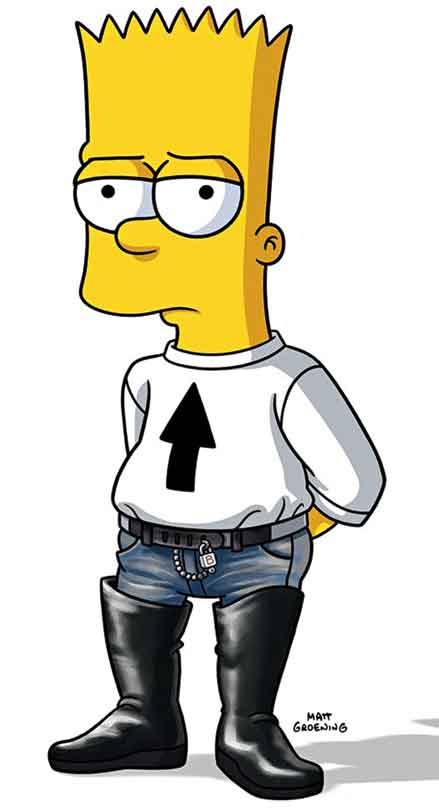 But Balenciaga preferred that Springfield be brought to Paris, Jean said. From there, the story was revised and tweaked — to the point that the writers joked about “Draft 52 of the Balenciaga script” — up until two days before the Paris showing.

Gvasalia made specific contributions to the script, Jean said. For example, the episode ends with Homer embracing and singing La Mer to Marge on a post-show party boat on the Seine. But Mr. Gvasalia wanted one final joke, so he asked that Homer’s jacket be set on fire by a Frenchman smoking a cigar. Jean then suggested that Anna Wintour, who had appeared in the front row of the fashion show, try to put out the fire with expensive champagne, which Homer tries to drink instead.

“She said, ‘Please don’t have me do that,’ so it became Demna,” Jean said. (Anna Wintour otherwise approved of her likeness being used but declined to voice her character, he said.) And that earlier line about Gvasalia growing up in the Soviet Union? The Simpsons team had decided to cut it, but Gvasalia asked for it to be reinstated. 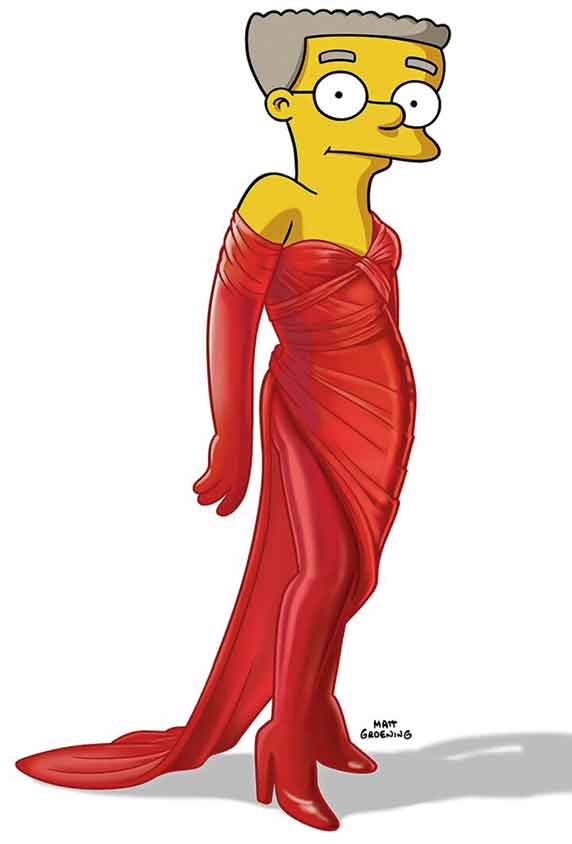 He also asked, the day before the show, to change the colour of a tear Anna Wintour sheds while watching Marge model. The tear was too light, and it wouldn’t read onscreen unless it was a darker blue. Jean and the director David Silverman agreed.

“They were definitely our match in terms of, to the last detail, making sure everything is perfect,” Jean said. “The animation crew, this is the hardest thing they’ve had to do since The Simpsons Movie.”

Silverman, who directed that 2007 film, said the biggest challenge was getting the “accuracy needed in the clothing”, which involved inventive post-animation effects to capture the distinct textures and movement of, for example, Marge’s runway look: a gold metallic ball gown.

Balenciaga sent the Simpsons team 15 looks to choose from for the final show, all based on designs from the last five years. But putting them on the bodies of these universally recognisable cartoon characters wasn’t so straightforward.

“It was tricky for us, capturing that balance of caricature and the integrity of the clothing,” Silverman said. “You’re translating the look of real clothing, real designs on these characters that aren’t exactly human proportions.”

Silverman, who joked-but-not-really that this is how he spent his summer vacation, studied runway footage to figure out what the audience should be wearing and how the lighting should be hitting the catwalk.

The script also had to capture the particular absurdity of the luxury fashion world and Balenciaga’s stature in that world — something that can’t be absorbed on Wikipedia. Jean said that in addition to the crash course in Balenciaga earlier in the year, watching the Netflix series about Halston, who was a great fan of Balenciaga, helped him understand the evergreen excessive culture of fashion.

The supporting characters are also based on real people and animals, including Gvasalia’s husband, Loïk Gomez; their two dogs; the chief creative officer, Martina Tiefenthaler (who voiced herself); and workers from Balenciaga’s atelier who are finishing the collection on the plane while singing, “formidable, formidable.”

This is one of Gvasalia’s favourite scenes in the episode, he said: “It just makes me so happy every time I watch it.”

As for Gvasalia’s voice, “we had to try to talk him into playing himself, but he didn’t want to”, Jean said. He felt that was consistent with Gvasalia’s recent decision to fully obscure his face and body during public appearances, creating confusion among observers as to whether it was really him.

When asked why he wanted to align Balenciaga with The Simpsons and whether he felt the brands had any commonalities, Gvasalia said that “it’s more personal to me”.

“I did not want to align anything or make sense of anything. I just wanted to create an iconic visual story.”

While the novelty of the collaboration made it feel surprising, the brands share a similar ethos. They have an appreciation for self-referentiality, breaking the rules of presentation (airing an episode with live animation; turning a red carpet into a runway show without telling anyone) and bridging the highbrow and lowbrow. Mr. Jean called Mr. Gvasalia an “excellent collaborator,” and Mr. Gvasalia described the experience as “the highest level of collaboration” and “a dream come true.”

“I did not realize how complex it is to create a 10-minute-long episode, so huge respect to that,” he said.

What did he want out of this? “A smile and a good dose of fun.”