Advertisement
Home / Entertainment / Elite to Slumberland: Films, shows and documentaries to watch on Netflix this month

Elite to Slumberland: Films, shows and documentaries to watch on Netflix this month

1899, a sci-fi horror thriller from the makers of Dark, is now streaming on Netflix 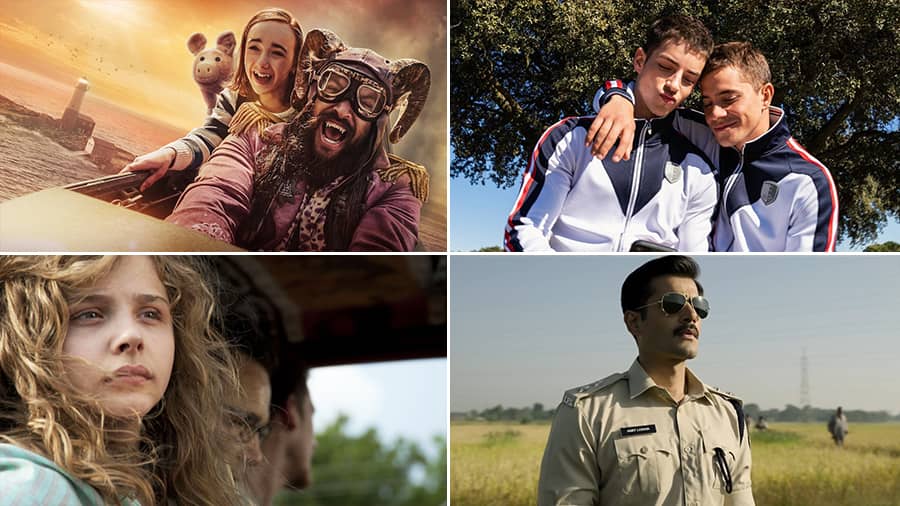 Following positive reactions to the sci-fi horror thriller 1899, which dropped on Netflix on November 17, the streamer is set to release new seasons of a variety of shows and documentaries and films that you can binge-watch this month. Here, we take a look at new show seasons, movies and documentaries that will be available to stream on the OTT platform before November ends.

It’s time to return to Las Encinas, the elite private school in Spain where students lead a hedonistic lifestyle. A blend of Gossip Girl and Euphoria, Elite is popular among millennials for its realistic depiction of class conflicts.

“After another student’s death, Las Encinas enters a new school year determined to cover up for its scandalous past. But conflicts continue as racism, sexism, domestic abuse and homophobia run rampant in the halls of the prestigious institution,” Netflix said about the latest season in a statement.

Tech genius Reagan Ridley returns on Netflix for a second season of this popular animated comedy series. Ridley, who works at the deep state organisation Cognito Inc, wants to make this world a better place but her co-workers pose a hurdle to her plans. In the latest season, Reagan is on her way to become the CEO of Cognito Inc. She also confronts her father for the trauma he inflicted on her in childhood.

Created by Neeraj Pandey, this crime drama set in Bihar is based on true events that rocked the state in early 2000s. The story revolves around a righteous cop Amit Lodha (Karan Tacker) in pursuit of a dreaded criminal ((Avinash Tiwary). Amit must battle the internal corruption within the police ranks in this deadly chase that will put him in a moral dilemma.

Based on the popular cartoon series The Addams Family, this supernatural horror comedy follows the story of Wednesday Addams (played by Jenna Ortega) as she enlists as a student at Nevermore Academy. During her stint at the academy, she gets the hang of her powers while solving a 25-year-old murder mystery involving her parents.

Netflix’s latest docu-drama takes a fresh look at the lives of British monarchs through the ages. Frontlined by Amy James-Kelly, Max Parker and Adam Astill, the series is a “modern take on the British royal drama”. The series offers a window into the lives of history's deadliest, sexiest and most iconic monarchs, as per Netflix.

The third instalment of Joe Berlinger's crime documentary series The Killing Fields of Texas sheds light on the murder of three young women. As the bodies of murder victims are discovered on a vast stretch of land in League City, Texas, one man pursues the still-unsolved mystery to bring the perpetrator to justice. The documentary is a follow-up to The Vanishing at the Cecil Hotel and The Times Square Killer,

Francis Lawrence’s fantasy adventure film Slumberland is headlined by Marlow Barkley and Jason Mamoa. Nemo (Marlow) is a young girl who wants to reunite with her father. She discovers a map to the secret world of Slumberland and seeks the help of an outlaw Flip (Momoa) to make her way to the dreamland, where she can meet her father. But the journey will not be an easy one for Nemo and Flip.

My Name is Vendetta

This testosterone-fuelled crime drama directed by Cosimo Gomez tells the story of Santo, a mafia ganglord, who loses his family in a skirmish with his enemies. Santo flees to Milan with his teenage daughter Sofia, whose world revolves around hockey and Instagram. Sofia learns disturbing secrets about her father’s past and decides to take on the mantle of securing revenge for the brutal murder of her family members.

Malcolm D. Lee’s 2021 live action adventure comedy film revolves around LeBron James and his son Dom (Cedric Joe) who are trapped in the virtual world. For them to get out, LeBron must forge an alliance with the Looney Tunes Squad in order to defeat an algorithm in a basketball match.

A remake of the Malayalam hit Lucifer (2019), Mohan Raja’s 2022 Telugu blockbuster is headlined by Chiranjeevi, Salman Khan, Nayanthara and Satyadev Kancharana. After the chief minister of Andhra Pradesh passes away, aspirants within his party vie for the chair. Former CM Padmakant Reddy’s son-in-law Govardhan (Satyadev) manages to unite all factions within the party in favour, but his plans are foiled when a rank outsider Brahma Teja (Chiranjeevi) throws his hat in the ring.

Christmas at the Palace

In this 2018 romcom helmed by Peter Hewitt, Alexander (Andrew Cooper), the king of a fictitious nation named San Senova, is struggling to live up to the reputation of his father. In order to win the hearts of the people, he plans a special ice-skating performance for Christmas Eve and hires Katie (Merritt Patterson) to train his daughter for the show. As fate would have it, they fall in love with each other over the course of time.