Duranga is an official adaptation of the popular Korean drama, Flower of Evil, and is streaming from today 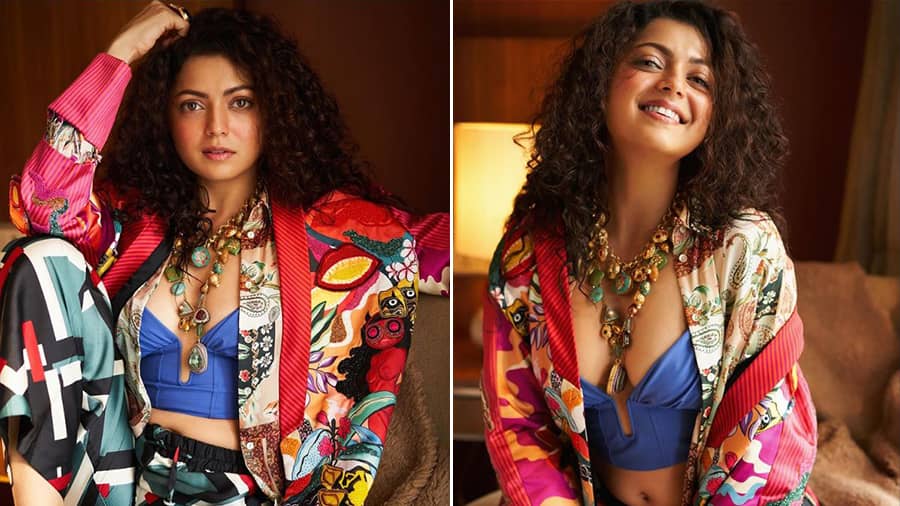 Actress Drashti Dhami, who became a household name with TRP-topper shows such as Geet – Hui Sabse Parayi and Madhubala – Ek Ishq Ek Junoon, plays a cop and dons a never-seen-before look in the ZEE5 web series Duranga, which is touted as India’s first-ever remake of a Korean drama series, Flower of Evil.

Duranga makers bought the remake rights of the drama, which revolves around a happily married couple until a few dark secrets are unveiled. Directed by Pradeep Sarkar and Aijaz Khan, Duranga is a nine-episode series, headlined by Gulshan Devaiah and Drashti. Here’s a quick chat with Drashti on changing gears from TV to OTT and her learnings from co-star Gulshan Devaiah.

After watching you on TV for so many years in a certain way, how did your fans react to your new avatar in Duranga?

Drashti: I think my fans were excited to see me in my new avatar in denim, tightly-tied hair and shirts. It’s something that they have never seen me doing before. I am playing a cop (in Duranga). After watching the show’s trailer, people called it gripping, interesting, drama, thriller and masala! (Smiles) Fans say that they like the way I look. Ya, a good response.

Have you watched the original Korean drama Flower of Evil, based on which Duranga is officially remade?

Drashti: I didn’t watch it because I thought I would have a fresh approach and I didn’t want to get influenced. We have also localised it (as per Indian sensibilities). I would like to have a fresh take on how I would like to play the character. I am not into K-drama, and I have only watched Crash Landing on You (streaming on Netflix).

Your Instagram feed says that you train a lot. Did that help you prepare for the tough role?

Drashti: Thankfully, I was working out and I was fit to play a cop. We have some chase sequences and for that, I wanted to stay fit. For that, I was eating right. I have an underwater sequence, for which we did some workshops. We learnt how to stay and breathe underwater so that we can come up and go down. That was quite tedious, but it was fun as this was something I had never done before.

Any other references that helped?

Drashti: I have a cousin who is in the (Indian) army. He was back home for a few days, so I learnt from him how to hold a gun and got to know about the stances and the body language. My producer Goldie Behl asked me to wear denim, shoes and shirt at the reading sessions to get that feeling. Then, I worked on my body language such as how to stand strong, look strong and I just got it right. (Smiles)

Your Duranga co-star is the brilliant Gulshan Devaiya. Did you learn a thing or two?

Drashti: Gulshan is a fab actor, and he does pre-production of his own. We would meet and do rehearsals. Later, I used to understand why he did a scene so many times, because when you do the scenes 10 times, it’s only the 11th time when you are doing it on the sets, and you know exactly what you must do very organically. And, you do the right things on the day of the shoot, so I learnt a couple of things from him. He is a very helpful actor and if I could not understand something, he would come and give his input. It was a great learning experience.

There is a huge difference between how daily TV shows and web series are shot. Now that you have done both, how did you respond to this transition?

Drashti: For TV, the time you get for prep work is very little. Everything is shot at a fast pace, but in a series there is an intense environment. People get time to process a scene and work on the character, which isn’t possible for TV shows because they are working every day and prepping for a telecast.