The six-episode anthology — the Indian adaptation of the smash-hit Modern Love anthology — tells stories of all kinds of love, with Mumbai as the backdrop 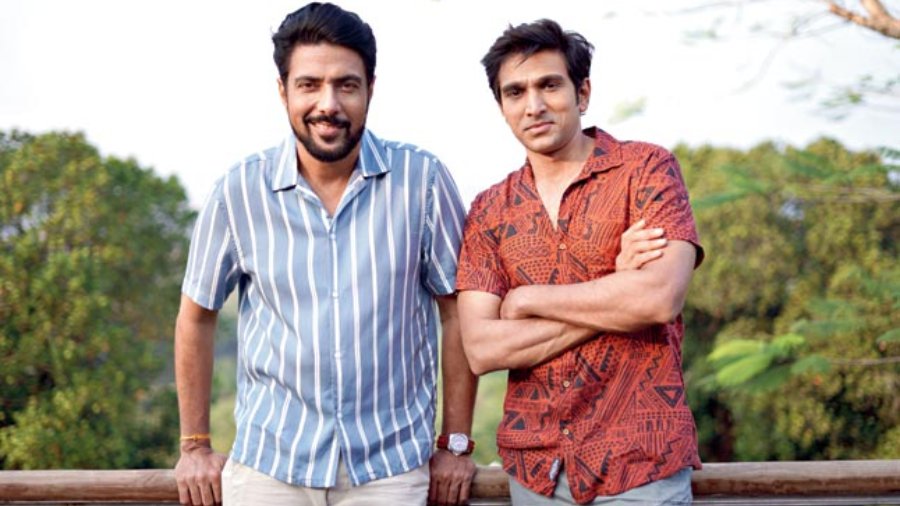 Celebrity chef Ranveer Brar turns actor for Modern Love Mumbai. The six-episode anthology — the Indian adaptation of the smash-hit Modern Love anthology — tells stories of all kinds of love, with Mumbai as the backdrop. Ranveer stars alongside Pratik Gandhi and veteran actress Tanuja in the short named Baai, directed by Hansal Mehta. The Telegraph chatted with Ranveer to know more about his acting debut, that streams on Amazon Prime Video from May 13.

You have been both host and judge on many a culinary show. What was it like facing the camera as an actor for the first time?

It was different because I was playing a chef, but I wasn’t playing me (smiles). So while there was a little bit of familiarity because my connection to food remained the same, there was also a lot of unfamiliar territory. Hopefully, I have navigated through it well.

How did Modern Love Mumbai happen?

Ya! I don’t know. Maybe there is something about me that makes me look like a villain down south! (Laughs out loud) I said ‘no’, of course.


I have been offered roles in the past. In fact, I have been offered parts thrice and all three times, they were villain parts in south Indian films.... Maybe there is something about me that makes me look like a villain down south!
- Celebrity chef Ranveer Brar


What clicked when this project was offered?

For one, Hansal Mehta was directing it. His understanding of the medium is huge, and he was the producer-director on Khana Khazana, which in a way has been one of India’s most popular cookery shows. He understands chefs and he understands our relationship with food. In this short, the relationship that my character has with food couldn’t come across as fake.

Also, I loved the original Modern Love anthology. I always felt that there are so many stories of love in Mumbai... why isn’t it happening here? So basically, I kind of manifested this! (Laughs)

What were the biggest challenges of playing a chef who isn’t Ranveer Brar?

I have done a few acting workshops and what has really worked for me has been basically understanding characters, the fact that they live within us and the hold that they have on us. I believed that the man I play in my segment in Modern Love Mumbai is someone I have within me as well. That helped me play him.

After this, has the acting bug bitten you for good?

Before I did this, I always felt that playing a character took away something from the one who is playing it. But once I acted in this anthology, I have realised that it actually leaves something inside you. It ends up making you richer, quite like a conversation that you have or a travel that you undertake or a dish that you create... it sort of adds to you. Doing this has given me the confidence that if a character that I play adds something on to me, then why not?

How has this character enriched you tangibly or intangibly?

When was the first time you fell in love with food and knew you wanted to make it your career?

At 17 I knew that this is what I want to do. I felt that different people could connect to food in different ways and as a youngster, food never got boring for me. And I was a kid who got bored with other things very fast. So that was a big plus. And I knew that’s what I wanted to do for the rest of my life.